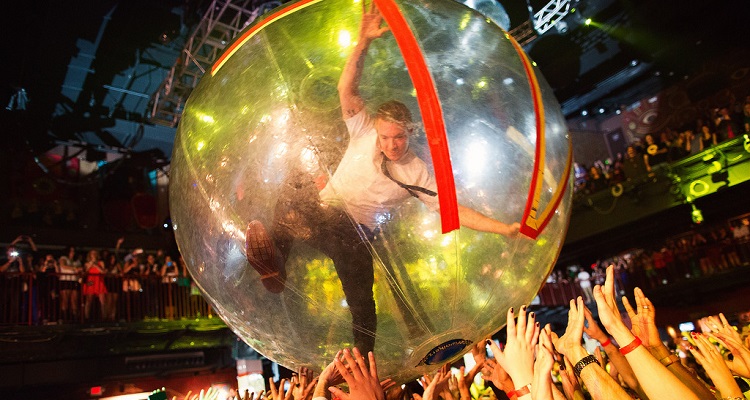 On May 11th, Diplo released a new single on Soundcloud.  Titled ‘Bankroll,’ the Justin Bieber rap featured Young Thug and Rich the Kid.  King Henry and Boaz van de Beatz co-produced ‘Bankroll.’  According to EDMSauce, the single has the potential to become “one of the year’s biggest releases.”

Days after its release, however, the song mysteriously vanished.

Diplo didn’t explain why he removed the track.  However, fans’ reactions on social media leave little doubt as to why.

Over the weekend, fans took to Twitter to blast ‘Bankroll.’  Take a look.

This is the worst thing I’ve ever heard, @diplo @justinbieber @youngthug @richthekid and everyone else who was involved https://t.co/wKFsi0chWu

@justinbieber dude I thought u were like a better Christian now what’s up with this rap on @diplo beat tho???

Fans continued blasting Diplo over the track, forcing him to remove the song.  He spent the weekend retweeting the track’s poor reception.

As of writing, the sound is completely erased from SoundCloud.  Universal Music Grroup has swiftly removed all subsequent re-uploads on YouTube, citing copyright infringement.

Despite retweeting the comments, Diplo appears unfazed.  Over the weekend, he and Marshmello confirmed that they will be at EDC Las Vegas 2017.  The news shocked fans as Diplo dissed last year’s event.  On Twitter, he had posted,

“edc main stage looks like Walt Disney present princess castle on crystal meth how do you guys play that thing & look at yourself in the mirror.”