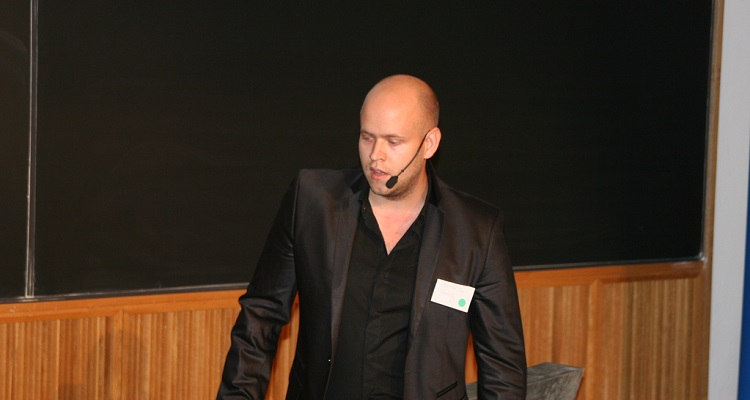 Investors now ask themselves: Will Spotify ever become profitable? Probably not.

Is music streaming profitable?  Better yet, will an IPO help Spotify finally make sustainable revenue after ten long, arduous years?  Or will they face a similar Snapchat-like fate?

To gear up for their long-awaited IPO, the Swedish streamer has built an office in New York.  Spotify executives have spoken with top investment firms.  Morgan Stanley, Allen & Co, and Goldman Sachs have all reportedly counseled the company on the direct listing process.

On the content side, the streamer has also locked down two multi-year licensing deals with UMG and Merlin. Those deals would guarantee Spotify lower royalty payments.  In exchange, labels would have the option to lock down certain releases behind a two-week Premium-only window.

Despite growing revenue, however, Spotify has also reported steep losses.  Yesterday’s leaked financial report didn’t change things.  According to statements obtained by The Information, the Swedish streamer told investors to expect 2016 revenues at €2.9 billion ($3.1 billion).  This number represents a nearly 50% increase from 2015’s €1.95 billion ($2.2 billion).  Yet, the streamer also told investors to brace for huge losses.

The leaked report comes at a crucial time for the company.  Instead of going through the traditional IPO process, Spotify will reportedly aim for a direct listing on the NYSE.  This move is not without risks.  Direct listings would make the company’s stock susceptible to sudden price fluctuations.  The Swedish streamer would also not have the ability to raise money by offering new shares for sale.  It would also lose the “lock-up” period.  This period prevents employees and early-stage investors from immediately selling shares after the company’s listing.

The report underscores investors’ worries over the company.  In fact, the losses prompted The Information to note the following.

“The wider loss spotlights longstanding questions about Spotify’s ability to turn a profit.”

If and when Spotify finally lands on the New York Stock Exchange, investors may ask themselves the same questions.  Should the Swedish streamer fail to address investors’ concerns about the company’s long-term viability, it may face a Snapchat-like fate.

Investors punished Snap’s stock after the company’s posted a dismal financial report post-IPO.  With falling user growth and flatlining daily active user numbers, investors had yet to see any real innovation.  Meanwhile, Facebook’s Instagram keeps stealing its users by copying features.  Snapchat has yet to respond with a killer feature.  In less than 24 hours following the post-IPO financial report, the company lost $6 billion in value.

As if that wasn’t enough, Snap currently faces a costly misrepresentation lawsuit from a former employee for defrauding investors.  The company allegedly inflated key user metrics to receive a higher valuation prior to their IPO.

Spotify has yet to confirm the validity of the leaked financial report.