A Reporter Asks a Spotify Exec: ‘Do You Treat Artists Fairly’? 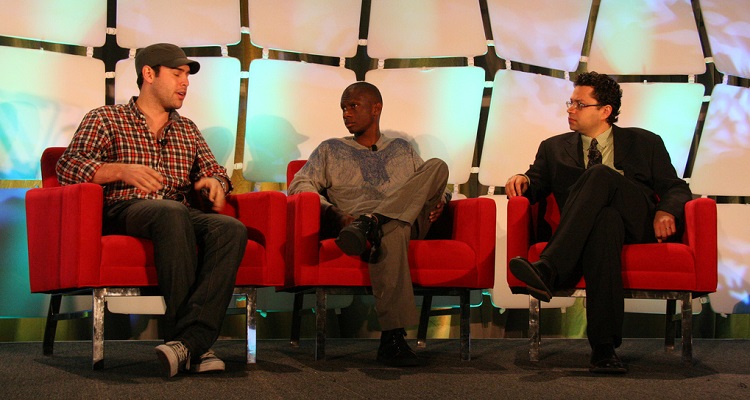 A Spotify executive admits that artist aren’t getting fairly paid.  But the ‘value chain’ is to blame, not Spotify.

An exclusive report published here showed that no — despite what the company says — Spotify doesn’t pay artists fairly.  In fact, in the past couple of years, the Swedish streamer has actually reduced payouts for artists.  Now, an executive for the company basically told journalists, “no, it’s not our fault.”

During a keynote Q&A at Nashville’s Music Biz Convention, Troy Carter blamed poor artist payouts on a broken “value chain.”  Music Week had asked the Global Head of Creator Services if the current payout system was fair for artists.  Carter, the former manager of Lady Gaga and Meghan Trainor, said,

“I would say no, but I would also say the value chain’s broken.  And I think what needs to happen is we need to reconfigure the entire value chain.”

Shifting blame away from Spotify, Carter said that the “broken value chain” applies to all streaming services.

So, which artists receive a fair amount?  Only those with hit songs, admitted Carter.  The old albums model, he explained, had songwriters receiving the same amount for hit songs as those who wrote its worst songs.  Streaming, however, has changed things.

“Is it also fair that if Max Martin wrote the hit on a record, that the person who wrote the worst song on the record is under the same rate as Max, essentially?

“The hit songs really, really matter and you’ve got every single producer and writer on the album trying to make that hit.  But… it’s really about rethinking the value chain.”

Pushing his own company forward, Carter said that Spotify stands out among the crowd.  In fact, Spotify has a model that has proven sound and successful for artists.  Yet, as the company continues bleeding money, Carter remained noticeably silent on how the company plans to become profitable.

“What I love about Spotify is that it’s a very honest platform.  We play a game called best song wins.  It doesn’t matter if you’re the biggest artist in the world or an act that was on Soundcloud and finally went to Tunecore and uploaded on Spotify, then the listeners don’t lie.”

“This isn’t call-out radio research or anything like that — this is actual people leaning into records, and you’re finding out whether things are fake or real really quick.  And I think creators and artists having access to that sort of platform is powerful and I think we’re already seeing that the entire business is going to be reshaped.”