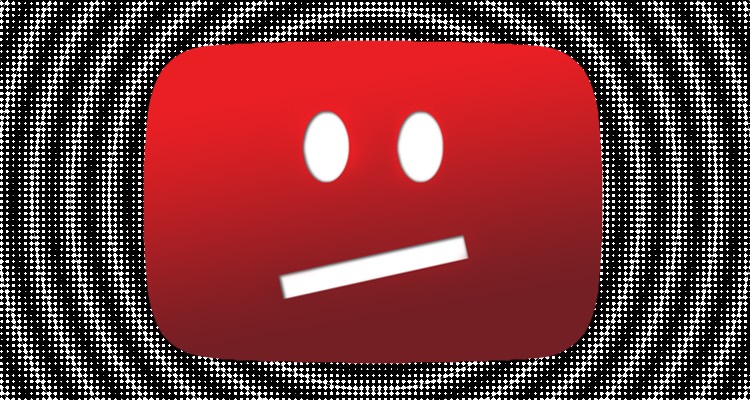 Some of the most powerful people in the music industry hate YouTube.  Now, they have a way to destroy it — without destroying fan relationships or feeding piracy.

It’s not that YouTube can’t be stopped.  It’s that the music industry doesn’t have the balls to stop it.  Because if Taylor Swift can figure out how to remove her content from YouTube, then so can everyone else.

It’s called Content ID, for starters.  And it’s a simple system for identifying, removing, or otherwise managing copyright content.  It’s how you get your videos off of YouTube, and get some control over their use.

That’s a constant complaint, especially from smaller content owners.  And for the bigger content owners, there are the endless workarounds designed to sidestep Content ID.  Like slowing down a track to evade fingerprint detection.

But if major labels (like Universal Music Group) and high-profile managers like Irving Azoff are really serious about removing their content, then it’s time to declare war on the workarounds.  And put some serious heat on YouTube to clean every copyrighted version, period.

I often wonder what the IFPI and RIAA are doing to really combat YouTube.  Maybe they’ve gotten too comfortable, too used to their lofty salaries and family dinners at 5:30 pm every night.  We get a lot of useless press releases from these organizations decrying the ‘value gap,’ screaming that YouTube isn’t being fair.  But YouTube clearly doesn’t give a shit.

So why doesn’t the music industry make them give a shit?

The reason is that YouTube has called the music industry’s bluff.  They’ve outsmarted the music industry at every turn.  And they pay a pittance on music videos because they can.  YouTube is not only the largest platform for consuming music, it’s a major defense wall against piracy.  Shut down YouTube tomorrow, and watch streaming and download piracy explode.  It’s really that simple.

Which is where Spotify comes into the picture.  Check this out: 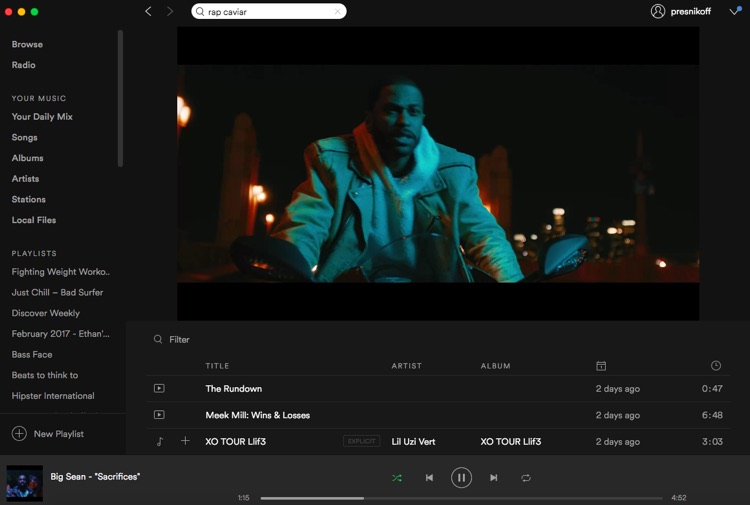 We’ve been hearing about music videos in streaming services for years.  Now, it’s happening.  And Spotify is leading the charge.  So, if I can check out this Big Sean video on Spotify, what about checking out ALL of his videos on Spotify?

The answer is that YouTube becomes a lot less important.  And they suddenly have a lot less leverage in this war.

Spotify has a funnel from ad-supported to paid that’s working.  YouTube has a joke called YouTube Red.  Which one should the music industry support?

The major labels have an ownership stake in Spotify.  They don’t have a stake in YouTube.

CEOs are taught to starve problems and feed opportunities.  So again: which one should get the support here?

Now, let’s examine the terrain in a few years.  It’s not hard to imagine Spotify with 100 million paying subscribers, maybe 150 million, with a complete collection of music videos.  Not all of them, but 99% of the ones that matter.  So, if a big percentage of those videos aren’t available on YouTube, guess what happens?

The answer: YouTube either renegotiates, or loses a major amount of traffic, revenue, and relevance.

It’s brutal, but it’s the only way the music industry can win.

Oh, and for all the smaller content owners that aren’t even eligible for Content ID?  If you’re too small, you need the publicity.  Your war is against obscurity, and little else.  And if you’re a bigger indie, then Merlin should be fighting just as hard as the majors.  That’s because indies are collectively just as big.  So they get the same terms, period.

As far as bickering between the different strata?  Unite, or die.

So stop complaining about the ‘value gap’.  Stop bitching to the EU.  And force YouTube to pay a reasonable price or lose your content to a competitor.  That’s how the music industry wins and builds long-term prosperity.