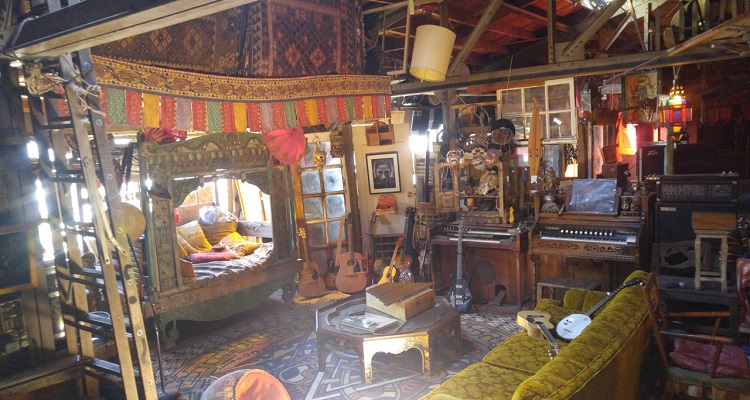 The Ghost Ship prior to the deadly inferno.  (Image by oaklandghostship.com)

They knew they were creating a death trap.  Now, the operators of the Ghost Ship in Oakland could face 39 years in prison.

The following is a breaking story.  Here are the top-level details:

Two operators of the ‘Ghost Ship’ in Oakland have been hit with 36 counts of involuntary manslaughter.  The Alameda County district attorney’s office announced the charges Monday afternoon (PT).

The pair — Derick Almena and Max Harris — may face up to 39 years in prison.  Derick Almena was subletting the creative warehouse space, while Max Harris was the ‘creative director’ who coordinated the fateful December 2nd party.

Partygoers, trapped inside an inferno, were unable to escape.  The death count ultimately reached 39.

Who’s responsible for what happened that night?

That’s been a raging debate since the horrific events of December 2nd, 2016.  That’s when a rave at the Ghost Ship warehouse in Oakland turned into a deadly inferno.   Amidst blocked-off exits and and piles of flammable junk, attendees didn’t have a chance.  Brittle wooden staircases collapsed; bone-dry furniture became kindling.

In the end, 39 people didn’t just die.  They were burned to death.  In the process, Ghost Ship became the worst fire in the United States in nearly 15 years.

Now, two individuals are facing very serious criminal charges for what occurred.  Derick Almena, who headed the warehouse, and Max Harris, who coordinated the event, have collectively been charged with 36 counts of involuntary manslaughter.  Both were blamed for ignoring fire safety warnings and creating a highly-dangerous environment.

Max Harris was planning the party-turned-massacre, and even blocking off exits.  Almena may have ignored as many has 10 warnings from city officials, while avoiding other requests and correspondence.  In the aftermath, Almena expressed deep remorse on The Today Show, battling Matt Lauer’s accusations of willful negligence.

“I’m an honorable man. I’m a proud man,” Almena stated.  “So I’m not going to answer these questions on this level. I’d rather get on the floor and be trampled by the parents.  I would rather let them tear at my flesh than answer these ridiculous questions.

Meanwhile, questions surround the culpability of city officials.  After all, why wasn’t this ticking deathtrap shut down?  Separately, others are questioning whether a worsening housing crisis is to blame, with artists often pushed into marginal living situations because of soaring rents.