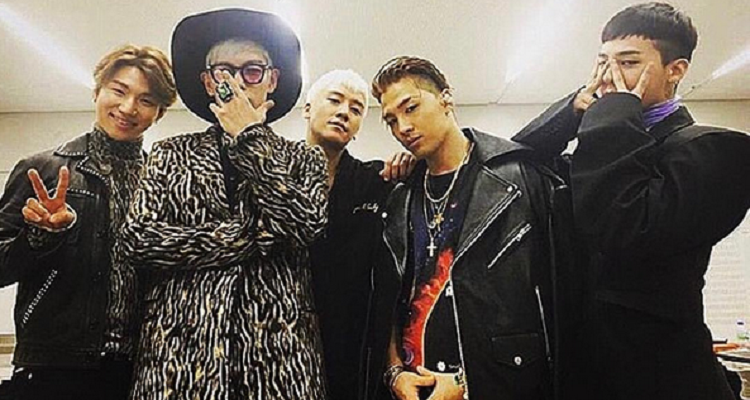 Less than a day later after being discharged from his mandatory military service, police found the rapper lying unconscious.  From the police station, they rushed the rapper to a Seoul medical center yesterday.  Yet, amidst conflicting reports about the rapper’s true condition, TOP’s mother has begged the media to stop spreading false information.

After TOP’s hospitalization, conflicting reports immediately spread across Asian news agencies.  The Korean Herald said that TOP had overdosed on muscle relaxants and that he had regained consciousness.  Police later confirmed that the rapper had overdosed on tranquilizers.  Then, a police rep said that TOP had not lost consciousness at all; he merely fell asleep.  The Big Bang rapper had taken anti-anxiety medicine, which had sleeping pill ingredients.  Then, speaking with allkpop, another source said that the singer remained unconsciousness and may have suffered brain damage.  With the hashtag #StayStrongTop, stunned and worried Big Bang superfans (or VIPs) waited for new developments.

Earlier today, doctors at the Ewha Womans University Medical Care held a press conference.  With permission from the rapper’s mother, they explained TOP’s current medical condition.  Referring to the rapper by his real name (Choi Seung-hyun), one doctor said,

The doctor added that the Big Bang rapper may have “overdosed on benzodiazepine.”  The Benzodiazepine class of tranquilizers includes Valium and Xanax.  The doctor didn’t specify if the rapper had a prescription for the medication.

“He has not fully recovered from lethargy and is unable to make normal eye contact.”

The doctor added that it could take a week for the rapper to recover.

“My son is still unconscious and to read articles that say he’s “deep in sleep” is hurtful.  Please edit and refrain from saying such things.  We don’t know how things will turn out.  My son is in critical condition.  I see my son dying but I also see reports saying he’s just sleeping.  Isn’t that wrongful reporting?”

Confirming an insider’s claim to allkpop, the Big Bang rapper’s mother stated that he may have suffered brain damage.

“Due to the lack of oxygen, he may have possible brain damage.”

“When T.O.P’s mother saw the police quote she was furious.  T.O.P is currently wearing an oxygen mask and he is unconscious.  Visitation rights are restricted and only close relatives are looking over him.”

The alleged police source had told the media that the rapper hadn’t fallen asleep.  He merely stayed in the intensive care unit for privacy.  The “source” claimed,

“Reports that he is unconscious are not true, he is in a state of deep sleep due to sleep-inducing substances in his sedatives and the test results on his blood, urine, and CT all came back normal and the family has been notified.”

“T.O.P was responsive when pinched and called by his name he wasn’t carried when he was being transported to the hospital but someone was supporting him out.”

When pressed about why it took so long to get the Big Bang rapper to the hospital, the source explained,

“He was snoring and mumbling so we were trying to be considerate thinking that he was tired.”

TOP remains in critical condition.  A team of doctors will continue monitoring his condition.

After a press conference earlier today, doctors have since upgraded TOP’s medical condition. You can check it out here.