Why Most Hand Exercises Are Hurting — Not Helping — Guitar & Bass Players 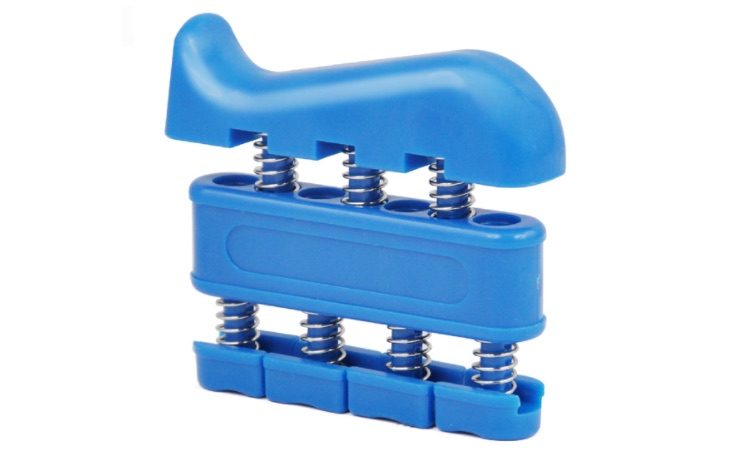 If you’re a guitar, bass, or other stringed instrument player, this article might just save your career.  Sadly, it’s about a topic that rarely gets enough attention, and is full of damaging misinformation.

Before we jump in, DMN would like to give a huge shout-out to Clinically Fit and its founder, Scott Kupferman, for educating us on this critical topic.  Clinically Fit is the maker of a ‘reverse grip hand exerciser’ called The Xtensor, which aims to save musicians’ fingers from devastating repetitive motion and overuse injuries.  We hope a lot more instrumentalists will look further into this type of flexibility training to preserve the long-term health of their hands.

If you play practically any instrument that requires finger-intensive skill, then you’re probably thinking about strengthening your hands and fingers.  Or, you’ve already purchased one of the many hand-squeezing, brute-strengthening devices on the market.

The reason you’ve gone down this path is simple.  You want to have more strength, dexterity, and flexibility to perform and become an amazing instrumentalist.  Sounds pretty logical on the face of it.

But the reality is that most players don’t improve their playing or dexterity with squeezing types of hand exercisers.  Yet, these are exactly the hand strengtheners that most musicians have been taught to use.  But newer understandings about hand movement and the function of fingers indicate that these types of hand exercisers can diminish capabilities in the present, while potentially creating pain and stiffness in the future.

Or, worse, push players towards maladies like tendonitis, leading to carpal tunnel syndrome, without even realizing it. 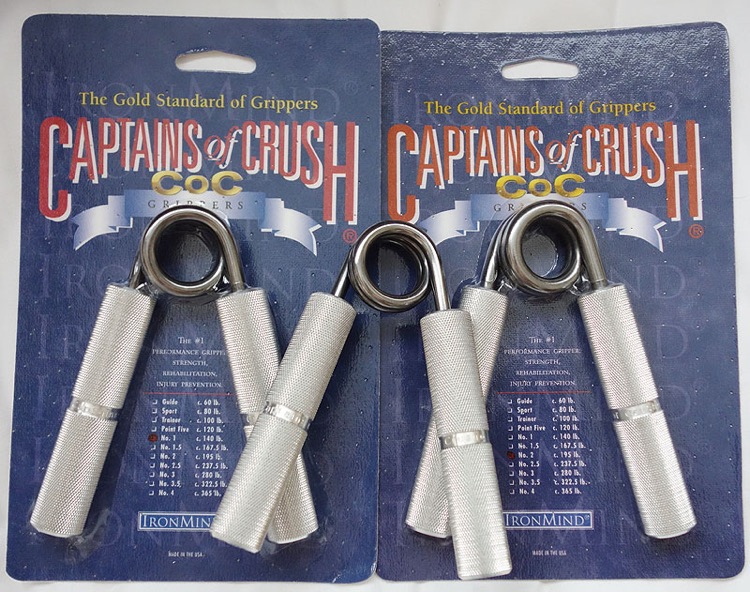 The prevailing assumption when it comes to hand and finger conditioning is that strength is most important.  But that emphasis is typically happening at the expense of flexibility, which can create serious long-term consequences and reduce playing capabilities.  The end result is that hands become cramped and imbalanced over the long-term, a situation that can seriously restrict your playing ability.

This style of thinking can cause serious career problems.  It can force older players to terminate their touring careers early, or even sideline artists during their twenty-something peaks.  A lot of these players fade away without much fanfare.  Others hate to admit that they simply can’t play the same licks from twenty years back.

What’s sad is that all of this is completely preventable.  Playing an instrument like a guitar is a sport, and it requires proper athletic ability.  And if muscles are imbalanced, overused, and lopsided, bad things can happen.

The easy analogy is the muscle-bound weight lifter.  Bulging pecs and biceps are the flashy muscles.  And they’re often bulked at the expense of opposing triceps and back muscles.  A hunched over, ape-like look is frequently the result.

The same applies to all opposing muscle groups, whether bulging chests or out-of-balance hands.  And that sort of imbalance can seriously sideline a career.

If not end it entirely. 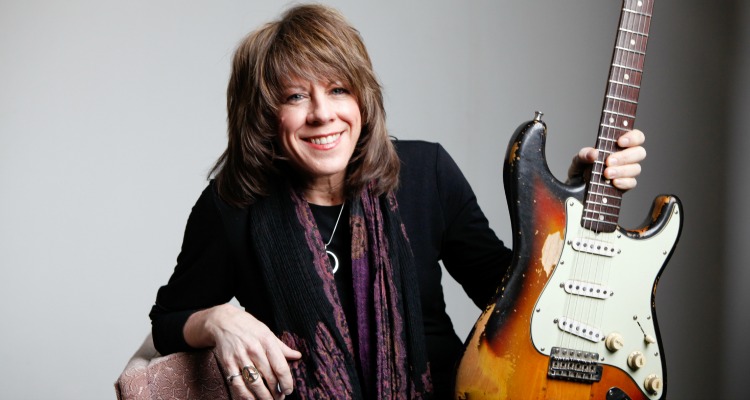 Which is pretty close to what happened to guitarist Kelly Richey, a blues rock guitarist who’s played more than 4,000 shows and traveled more than one million miles in her career.  She’s basically an axe-playing machine who tours non-stop.

How ‘non-stop’?  In some years, Kelly has played as many as 275 gigs a year.  And each of those gigs requires hours of live playing, not to mention pre-show practicing.  It also goes without saying that Kelly’s livelihood comes from live playing, which made the next part extremely difficult to deal with.

Kelly is in her 50s now.  But she told Digital Music News that she’s been playing guitar intensively since the age of 15.  That is, with more than 12-16 hours of practice on a typical day.

Which meant that without proper exercising, she was basically a ticking time bomb for a problem.  Which is exactly what happened.  “Just about seven years into my playing career, I was diagnosed with carpal tunnel syndrome,” Kelly relayed.  “The doctor recommended surgery to correct the problem.”

“I read the horror stories, and I really did not want surgery.  I wanted to at least try to correct my problems naturally, if at all possible.”

The next ten years found Kelly working with orthopedic surgeons and other specialists.  She even stopped playing piano, but still soldiered through her guitar career and even landed a major recording deal with Arista Records (now part of Sony Music Entertainment).  It was years of struggle, with lots of trial-and-error.

But her big epiphany came from a chance encounter with a tennis pro.

After breaking his wrist, this pro actually taught himself to play left-handed while doing ‘isometric’ stretch exercises on the right hand.  Basically, a constant hand stretching motion that pushes flexibility in the extensors (more on that later).

Kelly gave it a try, and now practices it religiously.  Not to mention teaching it to every single one of her students.

There are a few exercises in this routine, primarily the isometric stretching routine.  That’s by far the most important one.  Kelly told us that the results of that single exercise, more than anything else, were what saved her career (Kelly still tours non-stop).  “So I diligently committed to doing these three different hand strengthening exercises daily, and they have REALLY helped my playing in terms of hand strength, dexterity and accuracy,” Richey said.

“And the best part: I completely avoided surgery.”

The Real Problem: Our Obsession With Hand Strength 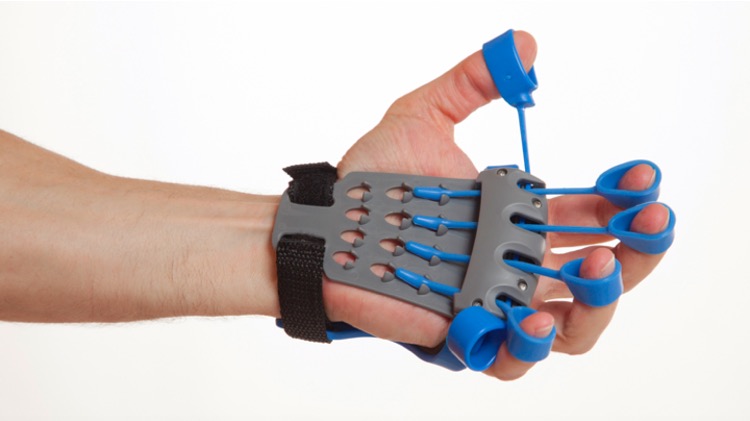 Kelly’s story has a happy ending, but it’s not an accidental happy ending.  It’s rooted in a focus around flexibility, not strength.  In fact, Richey believes that strength-based crunchers are a great way to destroy your hands.

Frankly, she doubts she’d be playing today if she had pursued a crunch-based exercise routine.  And this is a person who beat carpal tunnel syndrome without surgery.

Not surprisingly, the medical community is arriving at the same point.  Enter Scott Kupferman, the CEO of a company called Clinically Fit.  Kupferman invented The Xtensor reverse grip hand trainer (pictured) a decade ago to formalize recovery exercises that focus on flexibility and stretching.  The device quickly won praise from athletes, musicians, and anyone else involved in hand-intensive disciplines.  It was also voted best new product by the Medical Design Excellence Awards. 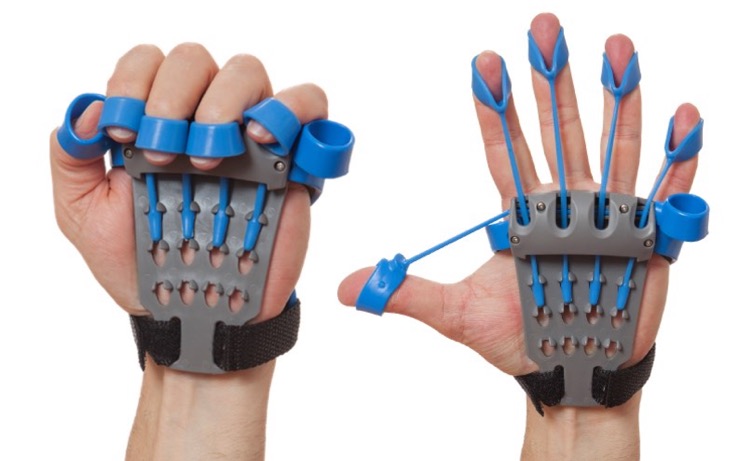 So if tennis pros and guitarists were figuring out stretching exercises through trial-and-error, Kupferman was multiplying those positive effects.

Essentially, The Xtensor is capable of stretching tendons and muscles that are extremely difficult to access.  Basically, it takes the kind of stretching adopted by Richey and others and massively amplifies the impacts.

It turns out that without constant work, these muscles are rarely stretched or activated in the real world.  But the opposing muscles are in constant motion.  “Every day, you’re working your squeezing muscles,” Kupferman told DMN.  “You’re carrying packages, squeezing a shampoo bottle, brushing your teeth, lifting something.  But there’s very rarely the opposite action of stretching.”

All of which creates a massive imbalance, and disastrous long-term consequences – especially for string-playing ‘athletes’.

According to Kupferman, carpal tunnel generally affects two groups: older people, and those who intensively practice activities like guitar playing, tennis, and anything else demanding repetitive hand and finger stress.  “I created The Xtensor to counter the forceful repetitive gripping required by all of life’s daily activities,” Kupferman said.

So far, that’s having a major impact on hand-stressed musicians, starting with guitarists.  And it’s potentially saving an entire generation of players from the trials faced by players like Kelly.

Check out more on Kelly Richey here, and more on The Xtensor here.   And tell us what you’ve discovered as well!