How to Fire Your Sync Agent & Make Some Serious Licensing Money 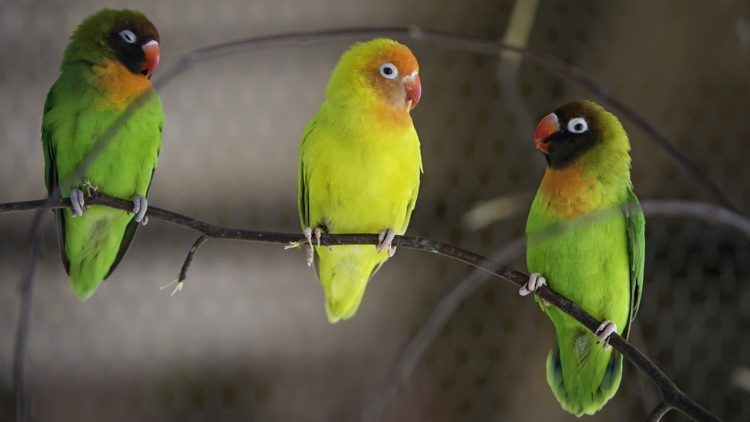 Music sync is like a secret billion-dollar market that requires all the right handshakes.  But a sync agent can only shake so many hands.  Which is why artists, songwriters, DJs, and other content owners are starting to make the deals themselves.

Before we jump in, DMN would like to give a huge shout-out to our partner Songtradr.  This is a company generating serious growth in the sync market for artists, DJs, songwriters, publishers, and producers at all levels.  Thanks guys for educating us about this growing area of the business, and helping creators get a much bigger piece of the pie.

If you want to score the next Transformers movie or play guitar in Pepsi’s newest Super Bowl ad, then you’re probably going to need an agent.  More specifically, what the industry calls a ‘sync agent,’ short for ‘synchronization agent’.  Basically, these are people that have relationships with music supervisors at major brands, Hollywood studios, and advertisers like Ford and Doritos.

They can get you some juicy slots. But they also take a juicy cut in the process.

For everything else, a sync agent is probably getting in the way.  Or, preventing you from getting the deals you want.  Part of the reason is that there are now thousands of lucrative sync slots, at all levels, with more arriving every single day.  In fact, any time a visual production is created, it almost always requires a musical counterpart.

Some are massive, but most aren’t.  And agents aren’t equipped to handle them all.

Why?  Music sync is like a secret billion-dollar market.  Except you need all the right handshakes to get access to it.  But a sync agent can only shake so many hands.  Which is why artists, songwriters, DJs, and other content owners are starting to make the deals themselves.  Large and small.  And anyone with good music can tap into this market.

But First, the Basics: What Is a ‘Sync’ License?

As we mentioned, ‘sync’ stands for ‘synchronization,’ and it technically refers to any deal that pairs your music with visual media (they’re perfectly ‘synchronized,’ hence the name).  Under this umbrella are a wide range of pairings, including movies, video ads, TV shows, even wedding videos.

All of these examples require a license to use music, and therefore, generate revenues for the owner of that music.  And if you’re not getting paid, you either (a) gave it away for free, or (b) someone is infringing upon your rights.  That’s because US Copyright Laws (and copyright laws in many other countries) require proper licensing for any sync use.

But how do you get these lucrative sync deals — small, medium, or large?

The answer to that question is rapidly changing, and a lot of middlemen are about to get the squeeze. This is an industry undergoing massive upheaval.  But the exciting part is that the new winners might actually be the artists and writers themselves, not the agents and gatekeepers doing the deals.  For the first time, content creators are going to start winning.

So here’s a look at what this sync market currently looks like.

At the top are the ‘opportunities,’ meaning places that need music and will pay for it.  At the bottom are submissions from content creators, including the songwriter, producer, and musician.  In between, you’ve got all the people that are manually negotiating and approving what the music will be. 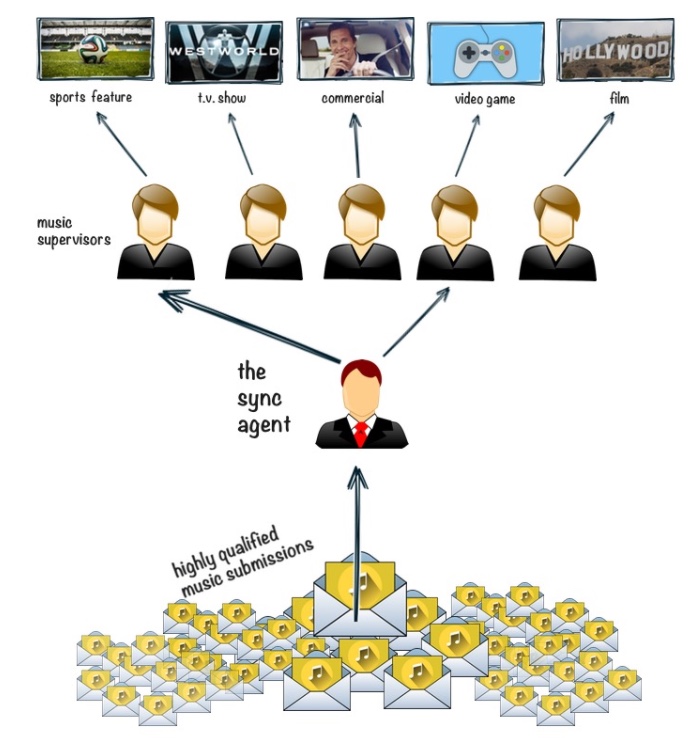 The problem with this system is obvious.

There are too many gatekeepers, and the matching process is extremely inefficient.  At best, a sync agent has great relationships with a lot of different music supervisors.  But there are only so many relationships that a human being can manage.  All of which means that highly qualified music is often being pitched to a small percentage of possible matches.

And a lot of money is left on the table.

But sync agents themselves often demand exclusivity for pitching music.

Practically speaking, that ensures that multiple people aren’t pitching the same songs to the same people.  But it also means that if your agent doesn’t make a solid match (see diagram above), your qualified music is out of the running for potentially thousands of other productions.

All of which helps to explain why sync isn’t a bigger market.

So here’s where all these massive inefficiencies really take their toll.  Instead of being a multi-billion dollar business, synchronization is one of the worst-performing sectors of the recorded music industry.

Even worse, the biggest labels are hamstrung by traditional dealmaking.  That is, direct, relationship-based deals that only address 1% of the available market.

Accordingly, here’s how sync stacks up to other markets according to the IFPI, which tracks global recording revenues for the big labels.

Is this market really that small?

Talk to companies disrupting the sync space, and they’ll laugh at the above graph.  Songtradr, a platform that licenses thousands of songs, thinks this estimation is merely a fraction of what’s really going on.  Why?  For starters, there are millions of transactions happening annually across digital platforms that don’t involve big labels, sync agents, or even music supervisors.

Those deals include tons of smaller-budget projects from major brands.  And they really add up.

Beyond those oversights, the above graph only measures the recording industry, which ignores the entire publishing component of a song (and any associated royalty revenues).  It’s not even half of the action.

Amazingly, major brands are now spending lots of money on lots of smaller projects.  “A huge growth area is online campaigns,” explained Paul Wiltshire, CEO of Songtradr.  “And larger brands are creating thousands of pieces of content a year, many of which use music.  It’s a huge growth area that Songtradr is focused on.  And musicians can access these opportunities without having to give up their rights.” 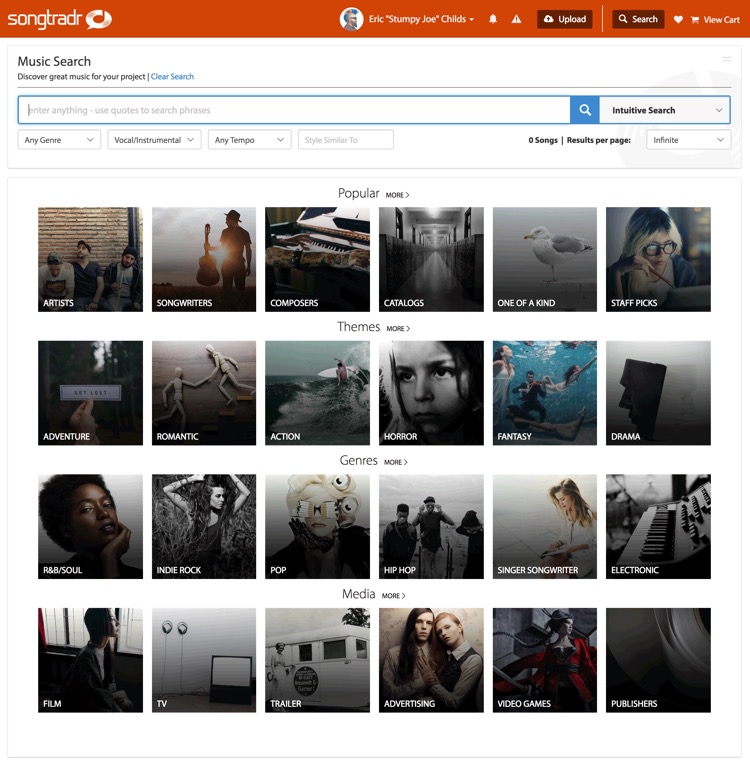 Wiltshire started noticing this trend for lots of corporations, not to mention producers of television, film, advertising, and sports content.  Unsurprisingly, not everyone is making a $100 million blockbuster film.  In fact, almost nobody is.  Yet everyone needs great music for their productions.  And none of them want to go through a complicated maze to get it.

Basically, Wiltshire and his team picked this problem apart and launched something that could match music for anyone.  That is, everyone from Doritos down to a low-budget student filmmaker, with everything in-between.  “It’s not just the big deals, we can accommodate every deal,” Wiltshire told us.  “Why not address all the possibilities?”

And, in the process, multiply the synchronization space into a multi-billion dollar business.

But how do you address everything?

The answer is by creating a platform that enables any type of transaction and deal, automatically.  And, ensures that music creators are happy, getting properly paid when the deal is done, while maintaining control of their rights.

All the content is available, searchable, and licensable.  And anyone can play this game (not a few ‘connected’ music sync agents and dealmakers). 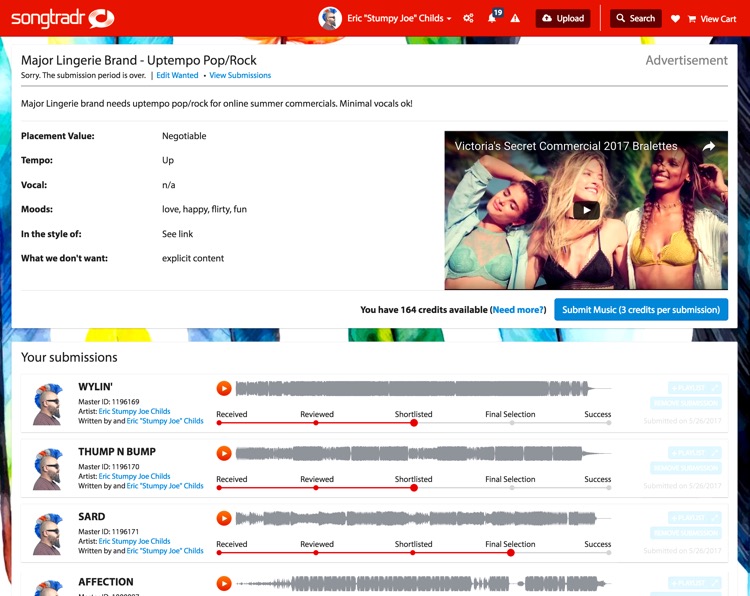 One way to make sure the deal is fair is to set the parameters ahead of time.  Basically, Songtradr offers recommended pricing based on deal data, then lets the owner go higher or lower to control dealflow.

These deals include uses in a wide variety of platforms, including YouTube, OTT content, and major brands.

If you want to simply negotiate directly in a particular category, pre-set pricing is disengaged.  Here’s what those controls look like on the company’s 2.0 platform. 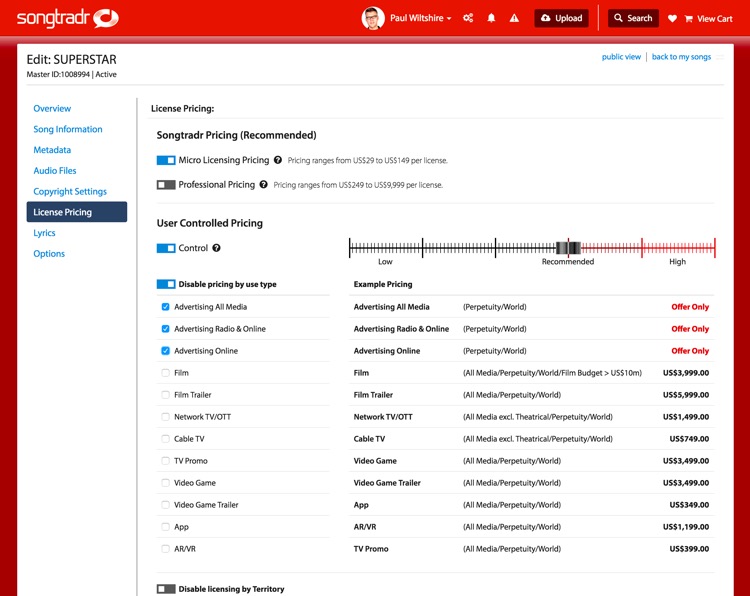 Those settings then inform your pricing when it comes to license.  Like this. 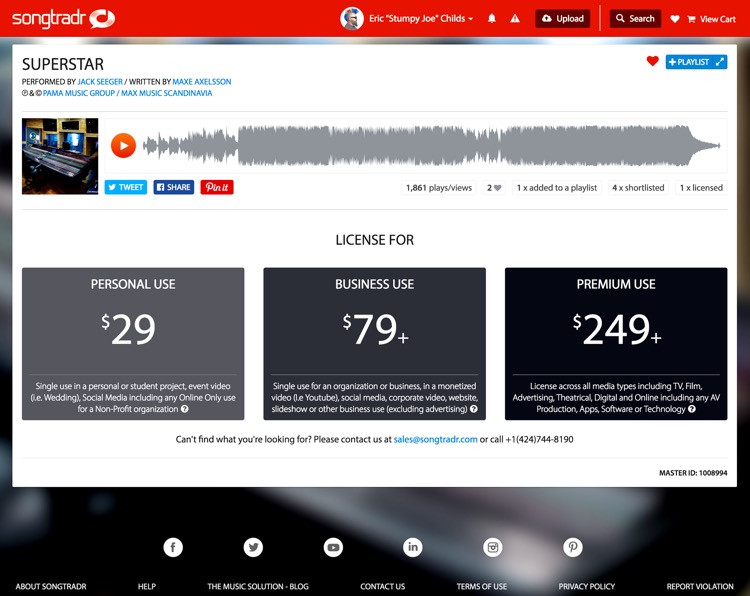 The next layer is to alert DJs, songwriters, and musicians when opportunities arise, or when they’re being shortlisted or licensed for a project.  Kind of like Google Analytics for licensing.  “We want Songtradr to take the stress and disorganization out of wondering where the next opportunity comes from,” Wiltshire told DMN.

Then, all of the opportunities, licenses, and projects can be viewed in a one-look dashboard. 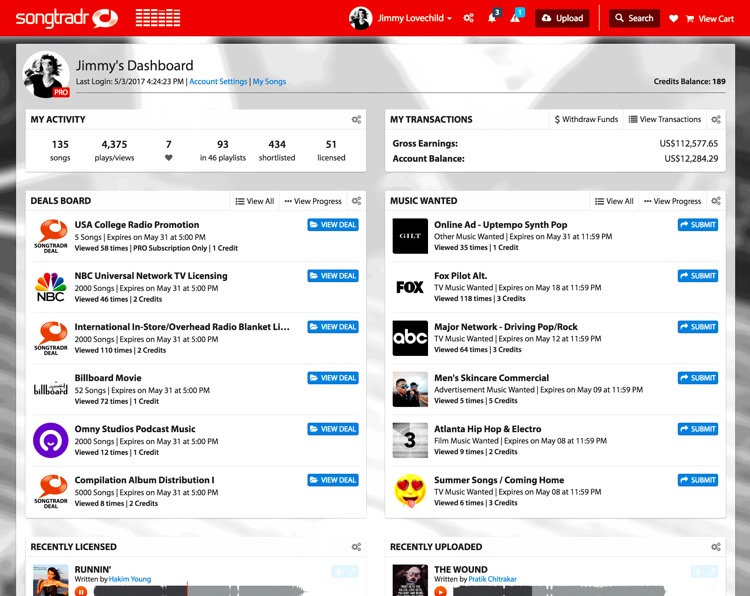 But the number one issue that this platform addresses is rights.

That is, properly registered credits, metadata, and royalty splits, without a thousand lawyers getting involved.  In fact, that’s one of the biggest reasons why music supervisors don’t take direct submissions.  They don’t want to deal with incomplete metadata or missing rights, or any legal complications.  Typically, a music sync agent takes care of all those things, and passes those guaranteed pre-checks to the supervisors.

It’s almost as if the sync agent allows the supervisor to sleep at night.  Then again, what if all the parameters are pre-set, along with concrete contract terms?  Suddenly those issues go away.   And the sync market truly starts to reach its multi-billion dollar potential.

And, makes songwriters, DJs, and musicians some serious money in the process.