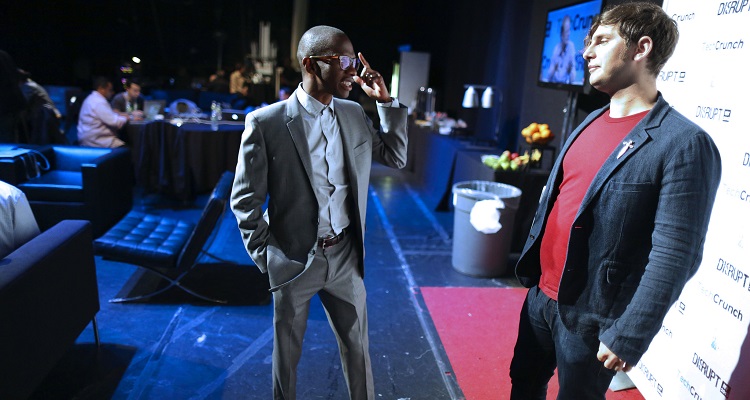 Yes, Spotify will limit certain albums to paying subscribers.  But they won’t be exclusive to Spotify.

To better highlight the contributions of songwriters and producers, Spotify recently introduced ‘Secret Genius.’  The global initiative would shine on a light on the contributions of people who help produce music from behind the scenes. Last week’s ‘Secret Genius’ announcement coincided with Troy Carter’s one-year anniversary as Spotify’s Global Head of Creator Services.

Yet, as Spotify moves forward with its Secret Genius initiative, the platform is moving away from another idea.  Carter now worries that timed album exclusives are harming the entire music industry.  Accordingly, Carter and Spotify are declaring truce on an expensive war for exclusive releases.

Speaking with Variety about timed exclusives, Troy Carter dismissed any notion that Spotify is working to secure plum exclusives.

“Exclusive audio content, specifically with albums, is not within our playbook.  I think people have learned over the last six months that it’s bad for the music industry, it’s not that great for artists because they can’t reach the widest possible audience, and it’s terrible for consumers.  If you wake up in the morning and your favorite artist isn’t on the service that you’re paying ten dollars a month for, sooner or later you lose faith in the subscription model.”

Apple Music also appears to be abandoning the practice.  That’s a huge about-face, given that the company has been dropping millions to secure juicy exclusives.  Prior to jumping ship from UMG, Frank Ocean’s albums Endless and Blonde remained an Apple Music exclusive for several weeks.  Chance The Rapper’s Coloring Book and Drake’s Views were also released as timed-exclusives for a few weeks.

Others have also been aggressive with exclusives.  Jay Z’s Tidal music streaming service followed a similar pattern with Beyonce’s Lemonade and Kanye West’s The Life of Pablo.  Whether Tidal is around in a few years is another matter entirely.

Perviously, timed-exclusive albums proved a successful model for Apple, as its music service recently crossed the 27-million paid subscribers mark.  Yet, not everyone agreed with Apple Music’s timed-exclusives model.

“We tried it.  We’ll still do some stuff with the occasional artist.  The labels don’t seem to like it and ultimately it’s their content.”

For now, it appears that music streaming services have moved away from offering timed exclusives and focused more on offering other kinds of content.

Meanwhile, Apple wants to turn its Apple Music app into a one-stop shop for pop culture.  But it’s working on other methods for accomplishing that aim, including unique programming and concepts.  Having recently launched ‘Planet of the Apps,’ the Cupertino-based company will release its ‘Carpool Karaoke’ spinoff later this year.

Spotify has some tricks of its own.  Speaking on Spotify’s ‘Secret Genius’ initiative, Troy Carter told Variety,

“There is no music business without the song.  The whole idea around Secret Genius is to shine a light on these people behind the scenes who play such a big role in some of the most important moments of our lives.  When the general public hears a song they automatically associate it with the artist who sings it, not the people behind the scenes who make it happen, so we thought the title Secret Genius was appropriate.”

Top image of Troy Carter by TechCrunch (CC by 2.0)