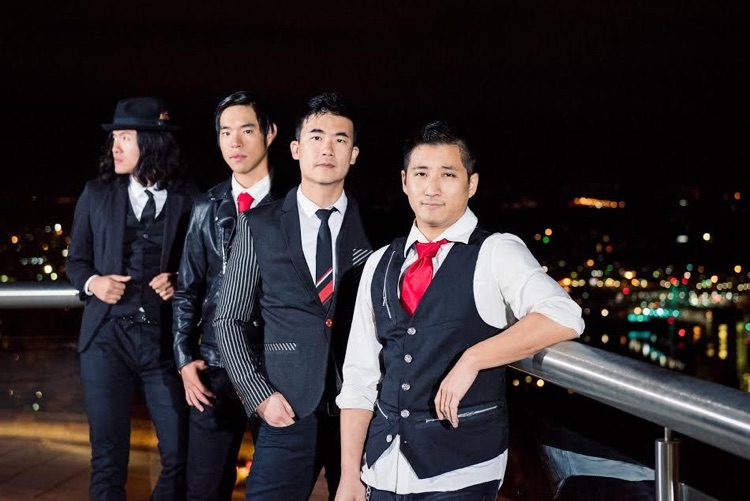 Now you can have whatever racist band name you want!  The Supreme Court says so, thanks to a challenge by ‘The Slants’.

The Supreme Court just dropped a seriously anti-PC decision this morning.  And you have the band ‘The Slants’ to thank for it.  So who are The Slants?  Well, they’re a group a Asian-Americans that purposely owned the racist term and made it a band name.

Which the US Patent & Trademark Office (USPTO) summarily rejected because they felt it was racist.

Fast-forward to a full-blown US Supreme Court challenge — and decision — and the band gets to keep their name.  “The disparagement clause violates the First Amendment’s Free Speech Clause,” Justice Samuel Alito opined for the Court.  “Contrary to the Government’s contention, trademarks are private, not government speech.”

Enter the Washington Redskins, which had also been battling against the ‘disparagement clause’.

For decades, Native American groups have protested the name as deeply disparaging, with ‘the Skins’ opposing it on freedom of speech grounds.  For years, Washington Redskins lawyers argued that ‘offensiveness’ isn’t a reason to deny a trademark.

Turns out a tiny band and a giant American football team now have something in common.  And they’re both celebrating the outcome.

For The Slants, the decision means they actually get to keep their trademark.  Earlier, the USPTO summarily rejected the application, citing disparagement clauses.  Back in 2014, the Washington Redskins had their trademark re-registration rejected.  That decision is now getting reversed.

The Supreme Court decision will undoubtedly be viewed as a victory for those who feel ‘PC’ has gone way too far in America.  Most point to hopelessly contradictory and arbitrary rules, with questionable societal benefit.   This decision pushes back on that, at least as it relates to the law.  According to Alito’s opinion, commerciality doesn’t negate First Amendment protections.

“There is also a deeper problem with the argument that commercial speech may be cleansed of any expression likely to cause offense. The commercial market is well stocked with merchandise that disparages prominent figures and groups, and the line between commercial and non-commercial speech is not always clear, as this case illustrates.”

That stated, the ‘court of public opinion’ still remains.

For groups like the Redskins, a shift in public opinion surrounding the name would undoubtedly shift their decision matrix.  And for bands, go the racist route with caution.  Hey, it worked for N.W.A, but didn’t work out so well for ‘Eskimeaux’.  Just recently, the Brooklyn-based band changed their name after being accused of using a slur for Inuit people.  But not because the Supreme Court told them so.