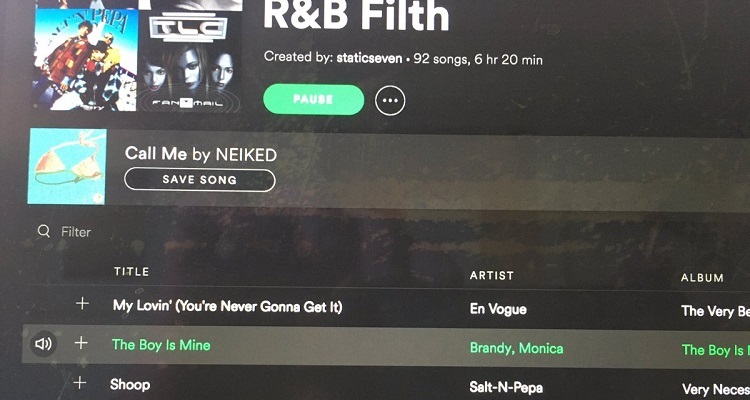 To better match individual songs with listeners’ preferences, Spotify will add a “Sponsored Songs” feature to its free tier.  But is that just streaming payola?

To better monetize their free tier, Spotify is testing their new ‘Sponsored Songs’ feature.  The move will allow brands to put their ads in popular playlists, which sounds fine.  But it’ll also allow labels to promote individual songs, a move that introduces some tricky payola issues.

The Swedish streaming platform confirmed to the BBC that they’re currently testing the ‘Sponsored Songs’ feature.  According to the streamer, music labels can add individual songs to users’ playlists as sponsored content.  Spotify will match the songs to listeners’ music tastes.  And to avoid conflict with paid users, they’ll only add this feature to its ‘freemium’ tier.

Technically, Sponsored Songs doesn’t violate federal law.  Under a 1960 federal statute, record labels can’t offer terrestrial radio stations a financial incentive to play their songs.  Offenders can receive a fine up to $10,000 per offense and up to one year in prison.  Spotify, however, doesn’t count as a radio station.

The streaming platform didn’t specify how much money they receive from labels or how much they charge for sponsored content.

It may also be confusing to users.  Through the Sponsored Songs feature, Spotify integrates label-paid songs into playlists listeners follow.  These songs then appear above the playlist.  Users can also save these songs for later listening.

And the rules are fuzzy.  User Liam Maloney first discovered the Sponsored Songs feature while streaming from his favorite playlist.  Although the company said that it’s currently testing out the feature only in the freemium tier, paid users have discovered sponsored content in their playlists.

Very happy I’ve found where to turn off “sponsored songs” on @Spotify
I don’t pay for a platform AND expect adverts. pic.twitter.com/1AWBr3cm1T

For some users, the company has also auto-enabled the Sponsored Songs feature.

User Chris Messina found that listeners will have to manually turn off this feature.

Is this new? An auto-enabled setting in @spotify to “show sponsored songs” under Display Options? pic.twitter.com/wiwzcQFVe5

Ahead of its IPO, the move may help Spotify earn money from its free music streaming tier, which makes up more than half of its currently listener base.  The company has surpassed 140 million monthly active users and has at least 50 million paid subscribers.

It has yet to make a profit, however.  According to its latest financial reporting, the company lost over $600 million last year.