If you’re trying to live off your Spotify spins, stop it right now.

Taylor Swift makes $400,000 off Spotify in a weekend.  But nearly everyone else making bubkes.  Which means if you’re hoping to making streaming your breadwinner, you’re probably snacking on crumbs.

Enter the latest independent artist to share a royalty statement with Digital Music News.  And, hopefully share some intel with the musician community in the process (Spotify doesn’t share per-stream data).

Here’s the top-level for ‘Artist X,’ an independent musician who controls all of his copyrights.  Basically, if you own all of your copyrights, you don’t have to share your royalties with a label, publisher, or co-writer.  Which means Artist X is getting 100% of the royalties after Spotify takes its (approximately) 30% cut (his distributor, Tunecore, takes an upfront fee).

Here’s a quick screenshot of Artist X’s Tunecore summary page. The part on the left shows downloads.  The part on the right breaks down the total streams and amounts paid for those streams.

A few Apple Music, Deezer, and other streaming platform spins are mixed into this.  But its overwhelmingly Spotify. 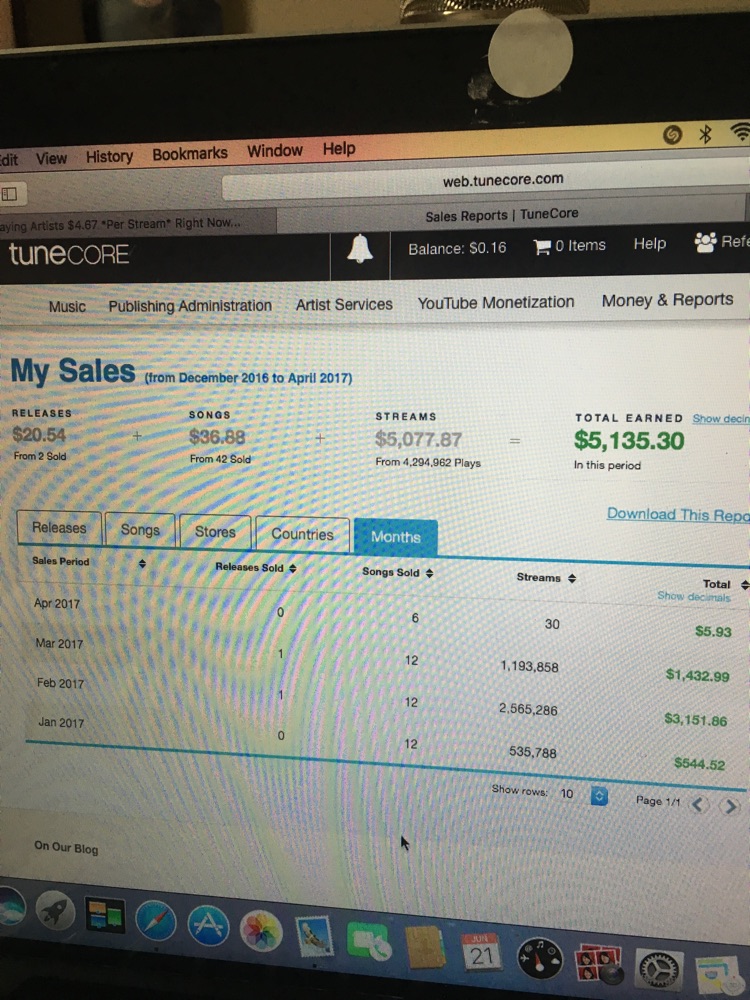 So how does this compare?

This seems really low, but there’s the summary right in front of his face.  At this stage, Artist X thinks this might be a payout problem involving Tunecore, given some discrepancies with his Spotify Dashboard totals.  We’ll keep you updated on what he finds out (if anything).

+ Raise Your Hand If You Still Like Music Downloads

But it’s really hard to do an ‘apples to apples’ comparison, given that royalty rates change all the time.  Last year, we received a royalty statement from an unsigned artist that crossed 1 million streams.  But those royalties dated back to 2013, when payouts were reportedly much higher.

Hey, more data is better than less, so here’s what that artist reported to us:

So, that’s about the same payment with roughly one-quarter the amount of streams.  Which means that either payouts are really plummeting, or Artist X isn’t seeing his full royalty check.

And for those that really want to dig in, here’s the complete royalty breakdown for February 2017.  We’ve removed identifying information.