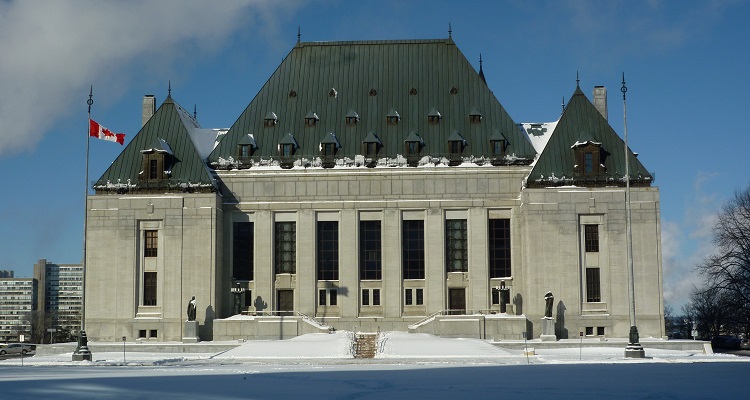 Canada’s Supreme Court laid down the law against Google.  Not only in Canada, but globally, too.

Three years ago, a Canadian court ordered Google to remove a Canadian firm from its search results.  Now, following a lengthy and costly court battle, the Canadian Supreme Court has ordered the search giant to de-index the firm globally.  The ruling may have wide-reaching implications across the music industry.

In 2014, Canadian firm Equustek filed a lawsuit against Datalink Technologies.  It alleged that Datalink was re-labeling their products while illegally stealing their intellectual property.  Datalink then sold the goods online through former Equustek employees.  The employees would set-up sites indexed on Google to sell the goods, giving a strong percentage back to Datalink.

In their initial court filing, Equustek pushed to have Google remove the links to the websites.  A court in British Columbia sided with the firm and ordered the search giant to remove the infringing websites.  Google voluntarily agreed to do so by removing links from its google.ca search engine.  However, the British Columbia court had ordered them to remove it from its central database in the United States.  The search giant went on to lose an appeal with the British Columbia Court of Appeal.  Still unwilling to follow through with the court order, it would appeal to the Supreme Court.

Now, in a 7-2 decision, the Canadian Supreme Court determined that Google was a “determinative player” in harming Equustek.  It ordered the search giant to remove the links worldwide.  Justice Rosalia Abella wrote,

“This is not an order to remove speech that, on its face, engages freedom of expression values.  It is an order to de-index websites that are in violation of several court orders.”

Throughout the appeals process, several music industry organizations backed Equustek against the search giant.  The organizations claimed that Google must take responsibility to ensure never to link to illegal sites.  The IFPI, Music Canada, WIN, ICMP, and CISAC were among those that supported Equustek.

“If the digital economy is to grow to its full potential, online intermediaries, including search engines, must play their part by ensuring that their services are not used to facilitate the infringement of intellectual property rights.”

The music industry views the ruling as a strong victory against the search giant.  Major music labels and organizations have long criticized Google for failing to act in taking down pirating links.

But will the ruling help the industry remove links to infringing sites?  Labels and organizations hope that the ruling will serve as a precedent for future copyright infringement cases against Google.  But translating this into copyright isn’t a slam dunk.

That said, courts worldwide are getting tough on Google.  And the Canadian Supreme Court ruling signals a move from governments and courts to willingly rule against the search giant.  In a recent case in Germany, a high court ruled against the search engine.  Despite taking down a listing to a pirate site, the search engine still linked to the infringing content.  The company has also come under fire from the UK government after it failed to take down hate-filled videos.  The UK government summoned company executives to appear before various committees to give an explanation.  In addition, European Union regulators have recently fined the company $2.7 billion for antitrust practices.

“This decision represents an important step towards a fair internet for consumers and rights owners.  Common sense has finally prevailed.”

Civil liberties groups have decried the Canadian Supreme Court ruling.  They fear that governments will ultimately use the ruling to takedown sites linked to opposition parties and critics.  Freedom of speech supporters may find themselves on the wrong end of high court rulings across the globe.

Ultimately, the music industry has yet to address how the Supreme Court ruling will affect future copyright infringement cases.  Google has long exploited a loophole in existing DMCA rights to avoid paying fair royalty rates on its video platform, YouTube.  But the ruling in question today only relates to illegal manufacturing links and not infringing copyright content.

Gadi Oron, Director-General of CISAC said, “Search engines are the gateway to the online market and as such, should help prevent access to infringing content.”  But without a clear legal precedent, it’s difficult to tell how the ruling will help stop links to infringing content.  The music industry may rally behind a single anti-DMCA case against the search giant.  However, unless steps are taken to close the DMCA loophole, Google is unlikely to make any changes.