The Doors Manager on Kendall + Kylie Jenner: ‘They Don’t Actually Do Anything’ 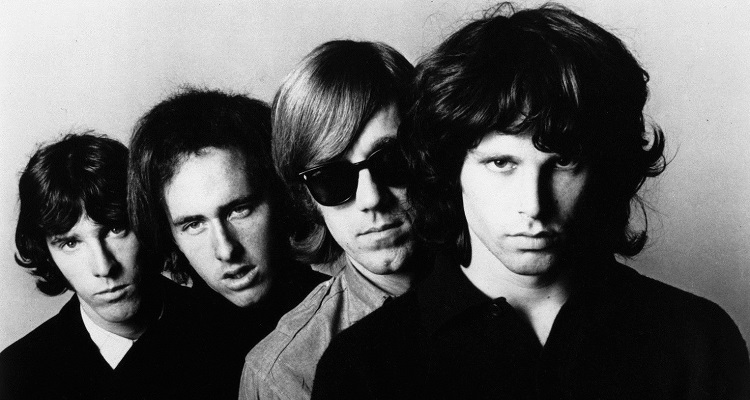 The Doors’ manager won’t tolerate the Jenners, women who “don’t actually do anything.”  According to him, they merely “capitalize on the legacies of those who actually did.”

Updated: The Estate of The Doors is now rumored to be filing legal action.  We’ll keep you updated as this unfolds (but no court filing as of yet).

On Thursday, Kylie Jenner, and her sister Kendall Jenner, came under fire as the Notorious BIG estate dangled the threat of a lawsuit. Now, following their public apology, the manager of The Doors estate railed against the pair.

Just a quick rewind.  Kylie Jenner and Kendall Jenner initially thought it would be a good idea to cash in on major artists’ fame.  They introduced the “Rap vs. Rock” campaign, introducing vintage T-shirts to their Kendall + Kylie collection.  The costly “rare” and “vintage” T-shirts cost $125 each.  They featured images of popular artists and their logos with shots of the Jenners superimposed.

Notorious BIG’s mom, Voletta Wallace, decried the images, accusing the sisters of exploiting her son’s legacy.  Sharon Osbourne blasted the Jenners as talentless girls who hadn’t “earned the right to put [their] face with musical icons.”  The King of Pop’s daughter, Paris Jackson, condemned the T-shirts.  Jackson said that Kylie Jenner and her sister Kendall Jenner had no right to associate themselves with iconic musicians.  Kelly Osbourne superimposed an image of herself over Kendall and Kylie Jenner in a T-shirt, flipping them off.

The T-shirts also included logos and images of Metallica, Led Zeppelin, and Kiss superimposed with the Jenners.  It had the words “Repurposed in the USA” imprinted.

Following the now-pulled campaign, The Doors estate sent a cease-and-desist letter to Kendall and Kylie Jenner.

In one T-shirt, the Jenners superimposed Kendall Jenner’s face over a logo of The Doors.  In the letter obtained by Rolling Stone, it reads,

“The Doors have recently learned that Kendall + Kylie are selling shirts using the Protected Property without the Doors’ authorization or consent.  Your use of the registered trademarks in commerce is likely to cause confusion, mistake or to deceive consumers into believing that the Kendall + Kylie apparel was authorized by the Doors when no such authorization was sought or provided by the Doors.”

The letter adds that continuing use of the logo harms the group’s reputation and will “likely… cause dilution by tarnishment of the famous mark.”

Jeff Jampol, manager of The Doors, then launched a scathing attack against the Jenners.  Speaking to Rolling Stone, the manager of Jim Morrison’s and the band’s legacy lambasted Kylie Jenner and her sister, Kendall.

“This is a case of people who fashion themselves as celebrities who are famous for being well-known but don’t actually do anything trying to utilize and steal and capitalize on the legacies of those who actually did do something and created amazing art and messages.  It’s ironic, at least, and criminal, at worst, both morally, ethically and artistically.”

Continuing on his scathing attack, Jampol added that the sisters “don’t actually do anything.”  Furthermore, he claims that the “Rap vs. Rock” campaign underscores the sisters’ desire for attention.

“They’re obviously attention-seeking missiles who crave celebrity and being well-known but don’t actually do anything.  It’s the polar opposite of the artists that they’re trampling all over.  It’s just spitting in the face and on top of art and message and soul and legacy.”

The letter states that the Jenners have until July 1 to comply with the estate.  The estate demands that the Kendall and Kylie Jenner recall them from distributors.  The letter also states that the sisters provide a “full accounting of all proceeds received from the sale of goods.”  Voletta Wallace has also issued a similar cease-and-desist letter.

After pulling the “Rap vs. Rock” clothing line, Kendall Jenner issued an apology.  She wrote on Twitter,

“These designs were not well thought out and we deeply apologize to anyone that has been upset and/or offended, especially to the families of the artists.  We are huge fans of their music and it was not our intention to disrespect these cultural icons in anyway.  The tee shirts have been pulled from retail and all images have been removed.  We will use this as an opportunity to learn from these mistakes and again, we are very sorry.”

Will that be enough?