Everything You Need to Know About Music Sales in 2017 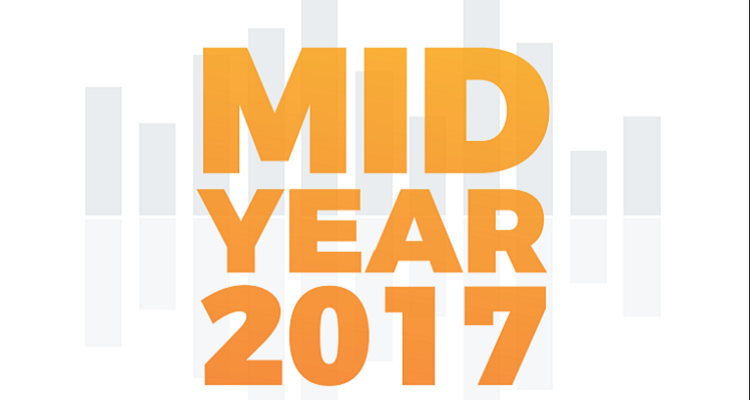 And now, your complete music industry sales summary for the first six months of 2017.  Enjoy.

At the half-point of 2017, BuzzAngle has released a new report detailing music sales across the industry.  As expected, audio streams continue to drive major sales. Subscriptions streams have also continued their meteoric ascent.  And as previously reported by major labels, physical sales have decreased substantially.

However, did you know that CD and vinyl sales are on the rise?

So a lot more music seems to be getting devoured.

One thing to note is that all of this data is supplied by Spotify and Apple, so you kind of have to trust them.  But clearly, streaming is becoming the dominant method of music consumption.  And these volumes are getting serious, with Americans streaming an average of 10.8 billion hours of music a week.

And the biggest week?  That would be the week of April 21, when Americans clocked 11.8 billion hours.  Popular releases during that week included Barry Manilow’s This Is My Town, and Blackbear’s digital druglord.

The Lows: what goes up must come down

As previously reported by major labels, physical album and digital download sales are experiencing a steady decline.  Album sales saw a 13.9% drop during the first half compared to 2016.  BuzzAngle projected 74 million in album sales over last year’s 86 million.

As with their album counterparts, individual digital tracks experienced a strong decline.  Showing that people have started shifting to streaming en masse, BuzzAngle reported that digital song sales fell 23.8% year-over-year.  However, the American consumer still enjoys downloading songs.  So far this year, digital song sales have reached 313.3 million, albeit down from 410.9 million in 2016.

The Big Surprise: vinyl won’t die and CDs may not fade away anytime soon

On the cassette side, Guardians of the Galaxy: Volume 2 became the biggest selling cassette album with 3,934 sales.  That’s 3 thousand, not million, but hey: it’s a cassette.

People still love streaming albums.  But purchasing?  Not so much

It’s obvious at this stage of the game.  People have shifted away from purchasing individual song and albums and more towards on-demand streaming platforms.  BuzzAngle reported 179.8 billion on-demand audio streams on services like Spotify, Apple Music, and Amazon.  Users appear to have shifted away from YouTube, as BuzzAngle reported only 101.5 million on-demand video streams.  This represents just a 6.1% growth over last year, a far cry from on-demand audio streaming’s broader 58.5% growth.

So, what genres do people love purchasing and streaming?

This year thus far, people have listened to Hip-Hop and Rap the most.  The genre commanded 20.6% of all album consumption.  This represents one of the strongest jumps in terms of genres, with a 46.9% bounce over 2016.

Pop came in second with 14.3% and R&B at third with 9.3%.  The Latin market has also struck a chord among music lovers, as it experienced 26.8% growth over 2016.  Country music also experienced a similar boom with a 33.5% increase over last year.

In terms of individual song consumption, Hip-Hop and Rap took top prize as the most listened to genre with a robust 48.6% growth over last year.  Pop and R&B came in second and third place, respectively.  Just as with album consumption, Latin music and country music has experienced similar growth with listeners this year.

Newer songs take a back seat to tried-and-true classics.

Here’s a very interesting fact: most people prefer NOT to listen to newer songs. BuzzAngle categorized album and song consumption by periods.

On video platforms like YouTube, don’t expect people to stream newer tracks.  Deep catalog video streams once again emerged as the preferred choice with a whopping 59.3% share.  Recent videos came in second with a 22.3% share.  Catalog songs took third with a 5.8%.

One key thing to note here is that people won’t turn to YouTube to stream the latest hits.  Newer songs on video platforms saw a weak 5.8% share, slightly up 2.2% over last year.

‘Divide’ This: who did people listen to the most?

Ed Sheeran’s Divide took home the top prize with a whopping 945.75 million number of audio streams.  It also had the strongest song sales at 3.79 million, and album sales at 710,773.

In the streaming world, Drake remained mostly unchallenged with a 1.789 billion total album streams, including audio and video streams.  He also became the top artist of the first half of 2017 with over 3.44 billion audio streams.

Ed Sheeran’s ‘Shape of You’ was also the most streamed track with 340.8 million streams.  Sales-wise, ‘Shape of You’ had 2,258,696 song sales.  With overall album sales, Ed Sheeran was ranked number 1, edging out Metallica and Kendrick Lamar.