How to Double Vinyl Record Sales In 2 Years or Less (Guaranteed!) 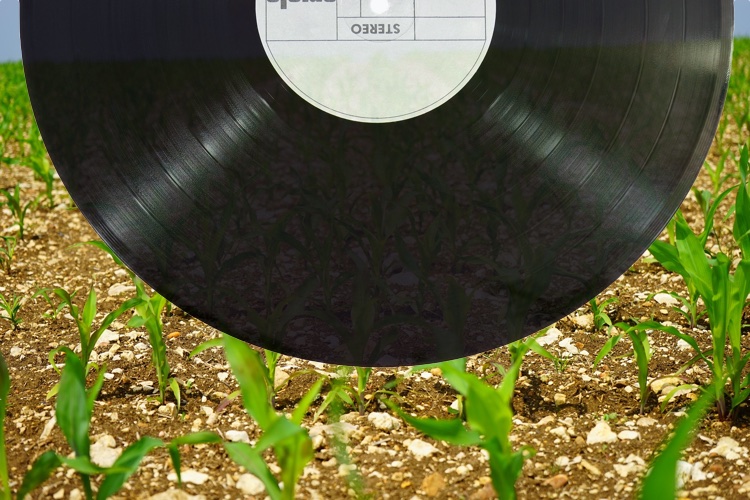 There aren’t enough plants.  And every vinyl production facility in the world is maxed out.

But it’s worse than you think.  Plants are actually turning down production requests from bands and labels.  I’ve heard this from the owners themselves.  Warner Music Group is willing to buy in bulk, but indie label XYZ can’t.  So they get turned away.

Even bigger artists are experiencing major delays in turnaround.  If you’re a tiny indie or unsigned act, you might have given up.  Yet fans are dying to buy vinyl product at shows, on Amazon, and at indie record stores.

So you have tons of demand, and limited supply.  Which is discussed in page 2 of your Introduction of Economics textbook.

Seriously: this is an industry that — yes, literally — cannot make the amount of vinyl records that people want to buy!  That’s like Safeway running out of hot dogs on July 3rd.

Sony Music just opened a plant in Japan.  And you’ve heard about that tiny little plant that opened in blah blah.  None of that is enough!

Ringback tones were a fad.  So were hula-hoops.  The vinyl records resurgence isn’t.  It’s been growing for 12 straight years, in more than one country.

BuzzAngle just reported that vinyl record sales have grown more than 20%.  In the first half of this year!

+ Everything You Need to Know About Music Sales in 2017

Which means this is a format experiencing double-digit growth after more than a decade.  It’s not crashing in year 13.

Are hardcopy books a fad?  Absolutely not.  Just hop on a plane and you’ll see them everywhere.  Turns out that people were getting overloaded with digital!  And they didn’t want to frantically charge their Kindles while waiting for their seat row assignment.

(3) Stop being terrified to invest.

And here’s why the fad mentality is killing the growth of vinyl.  Everyone’s scared to invest!

Sure, Sony made a monumental decision to fire up a plant in Japan.  But the Big Three need to put more investment capital down.   And control this format just like they controlled CD production back in the day.  They can even pay themselves on the mechanicals!

Otherwise, the supply glut will continue.  Why?  Outside investors are too timid to make serious commitments here.  They’re unwilling to take the risk. But that just means that whoever does take the risk gets an even bigger reward down the line.

And in 5 years, the less adventurous will regret it.  Mark my words.

Right now, the production process for creating a vinyl record is brutal for the environment.  But vinyl record production doesn’t have to be stuck in the 1970s!  There are better, cleaner ways to produce vinyl records.

There’s already r&d happening on laser-generated ‘HD Vinyl’.  It doesn’t involve hand-etching stampers and burning vinyl in a multi-step, highly-toxic process.  And the people that want vinyl the most — upper-income, environmentally-conscious art lovers — are dying to buy vinyl that’s more eco-friendly.  There’s no denying that one.

Jaws just re-released its soundtrack on a double-vinyl.  And they made it ten times better than the original LP from 1975.   Back in the day, the soundtrack was just an afterthought.  But this is a serious release.  The 2XLP is even the color of water!  And it’s totally re-edited, remastered, and full of extras.

+ After 42 Years, the Official Jaws Soundtrack Is Being Released on Vinyl

So if used is your biggest competition, outdo it!  Chances are it’s hard to find anyway.

(6) This isn’t your father’s vinyl market.

Back then, you bought a vinyl record because you had to.  Now, you buy it because you want to.

There isn’t one vinyl buyer that can’t hear the exact same music on another format like streaming.  Sure, maybe vinyl has a warmer glow.  It’s more impressive and has a snap-crackle-pop.  But it’s actually far less convenient and far more expensive than streaming (or downloading, or even CDs).

The real story here is that vinyl is happening alongside the surge in streaming, not in spite of it.  In fact, you could even argue that streaming has caused the vinyl comeback in the first place.

The RIAA, IFPI, and XYZ trade groups need to justify their existences.  The head of the RIAA makes millions!   So of course they need a war to fight.  But streaming is killing piracy, not lawsuits.  And Google is about to kill whatever’s left.

So where is the industry’s money best invested?

Piracy is going fringe.  So let those people enjoy their music on the fringes!  And when they get a real job, watch them buy your highest-priced items: concerts, high-end headphones, instruments, and yes, vinyl records.