Jay-Z Tells Spotify Where to Stuff His New Album 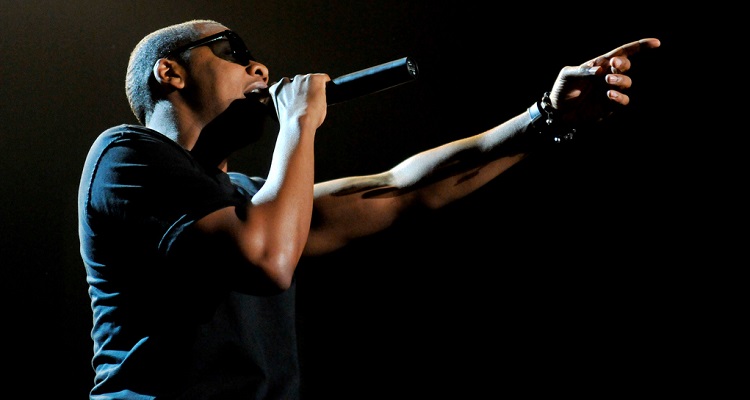 After releasing 4:44 exclusively on TIDAL, Jay Z has made the album available on Amazon and Apple Music. He completely avoided Spotify.

Jay Z has plenty of reasons to celebrate.  His critically-acclaimed album, 4:44, went platinum in less than a week, thanks mostly to Sprint.  Now, fans everywhere have a chance to listen to the album on all major streaming platforms.  Not Spotify, though.  The move may cost him dearly.

As part of TIDAL’s partnership with Sprint, Jay Z released 4:44 exclusively on the service.  Users could listen to the album, but only if they signed up for TIDAL before June 30.  After that, Sprint made the album available only for its customers.  It would eventually scoop up copies to offer as free downloads.

Sprint/TIDAL had hoped to push up subscriptions to the streaming platform.  The initial move, however, prompted fans and listeners to download the album illegally.  4:44 had the dubious honor of reaching nearly 1 million downloads on pirating networks in 72 hours.

A week after its release, the rapper made his album available on all major streaming platforms.  Starting today, fans who have an active subscription to Apple Music and Amazon Music can stream the album.  They could also download the album on iTunes.  The rapper didn’t drop 4:44 on Spotify.

Jay Z’s notable decision to block 4:44 from streaming stems from a bigger fight against the Swedish streamer.  Just three months ago, the rapper/businessman pulled his entire catalog from the streaming service.  Services such as Spotify, he claimed, failed to properly compensate artists.  He purchased TIDAL several years ago with the hopes of offering a high-fidelity streaming platform that fairly compensates artists.  He presented Rihanna and Alicia Keys as co-owners of the company back in 2015, among others including Jack White, Daft Punk, and Madonna.

Jay Z’s decision to pull his album may have also been to push his fans towards the streaming platform.  He believed that his star power would immediately drive up paid subscriptions.  Following through with this business plan, his wife, Beyonce, dropped Lemonade exclusively on TIDAL.  His former partner, Kanye West, also released The Life of Pablo on the platform.

The numbers paint a bleak picture for the streamer

The move has yet to prove successful.  As of May 2016, the streamer had only three million paid subscribers.  Kanye West claimed that he only brought in 1.5 million new subscriptions. For offering his album exclusively on TIDAL, West lost millions.

TIDAL has also lost a lot of money.  Last year, the company lost roughly $28 million. A separate report also suggests that the company may have created fake accounts to inflate subscription numbers.

The decision to pull his albums from Spotify may not only have cost the service much-needed revenue; it may cost him fans and popularity among the next generation of fans.

No Spotify means the next generation won’t know Jay Z

Edison Research also found that those aged 12 to 24 listened to more streaming platforms during the week.  In a surprising turn, the Gen Z demographic jumped ship from former streaming king Pandora to Spotify.  The study also shows that the Gen Z demographic have all-but-ignored TIDAL; the service failed once again to rank in the list.

In addition, a separate study published by entertainment app Episode Interactive shows that less than 1% of those aged 13 to 25 used TIDAL for music streaming.  The Gen Z demographic preferred listening to YouTube (51%), Spotify (30%), and Apple Music (11%).  Physical albums (3%) were more popular than Jay Z’s service.

Spotify has yet to comment on the matter.  Jay Z has also yet to issue an official statement clarifying why he didn’t offer up the album on Spotify.

Should these business moves continue, fans may see the rapper’s star power decline sooner than expected. As previously stated, Jay Z’s streaming platform will need a successful business model, not one solely dependent on big names to remain afloat.