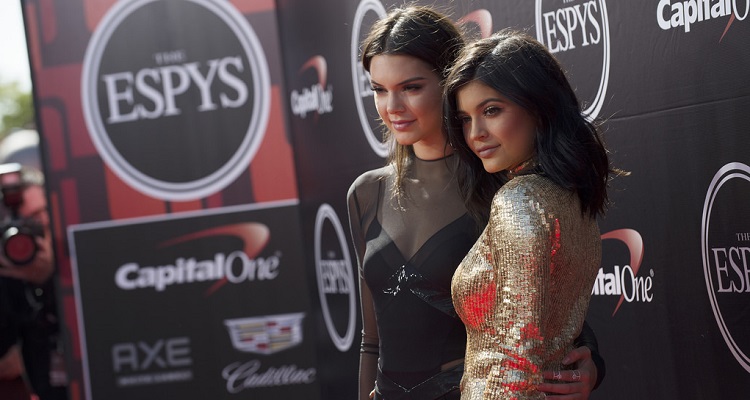 Facing millions in potential damages, Kendall and Kylie Jenner’s lawyers are fighting back.

Several weeks ago, Kendall and Kylie Jenner sold “vintage” T-shirts featuring images of iconic rappers and rock stars.  The girls somehow decided to sell shirts with their faces superimposed over stars like Tupac, Pink Floyd, and others.  Following multiple lawsuit threats and weeks of silence on social media, the clothing line behind the campaign has spoken out.

As part of their “Rock vs. Rap” clothing line campaign, Kendall and Kylie Jenner sold the now-pulled T-shirts for $125 apiece.  Notorious BIG’s mother, Voletta Wallace, decried the T-shirts as “disgusting,” “disrespectful,” and “exploitation at its worst.”  Ozzy Osbourne’s wife criticized the Jenners’ lack of professional experience.  The Doors’ estate manager, Jeff Jampol, questioned the sisters’ professional and moral ethics.  The backlash prompted the girls to post an apology on Twitter.

Tupac’s photographer, Michael Miller, was the first to draw legal blood.  In court documents exclusively shared with Digital Music News, Miller claimed that the sisters “misappropriated and wrongfully exploited at least two original photographs” featuring the late Tupac Shakur.  Miller had taken the shots.  He sought $150,000 per copyright infringement on each shirt produced (not just sold).  If a judge rules in the photographer’s favor, the girls could face millions of dollars in damages.

“The allegations made are completely false and the lawsuit is baseless.”

According to the clothing company, it obtained a license to use Miller’s images of Tupac legally.  It also attempted to distance the sisters’ legal responsibility over the shirts.  A statement to Sky News reads,

“Canada Inc, the licensee manufacturer of the K + K brand, purchased a very small quantity of vintage t-shirts with performer images already on them.  Only two Tupac t shirts were sold before being pulled from distribution.

“Canada Inc did not copy anyone’s image, remove any copyright notice from any image, or attempt to exploit Mr Miller’s claimed right of publicity.”

The company argues that, as it legally obtained a license, the Jenners could silkscreen their faces over the images.

Miller had previously taken to Twitter to vent his frustration over the shots. He wrote last week,

“I couldn’t sleep last night over this s—t.  I saw this morning Biggies mom is not happy.”

Despite their apology, Kendall and Kylie Jenner still face legal action from The Doors and the estate of Notorious BIG.