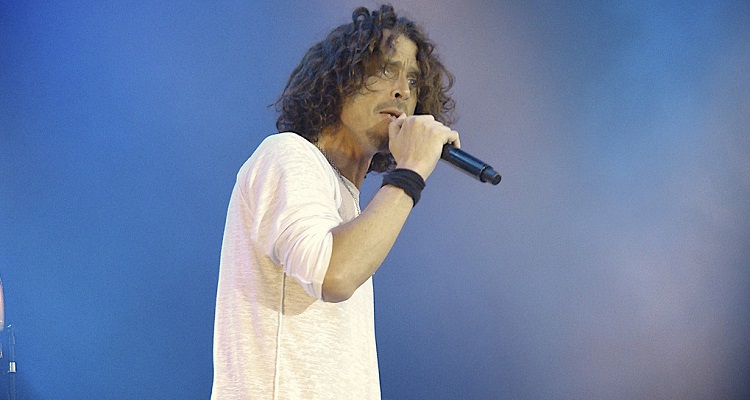 The Detroit Police Department has released details and images about Chris Cornell’s suicide by hanging.

Shortly after midnight on May 18th, Detroit officers responded to a frantic 911 call.  Upon arriving at the MGM Grand Casino, officers found an unconscious Chris Cornell lying on the bathroom floor.  After a short while, officers pronounced him dead at the scene.

Now, a new report and photos show how the singer spent his final night.

Hours after the singer’s death, a Detroit Police Department spokesperson told reporters that the singer had committed suicide.  Officers discovered Chris Cornell with an exercise band around his neck.

While not disputing the preliminary suicide report, the legendary musician’s wife argued that anti-anxiety medicine Ativan had pushed the singer to take his life.  Through their lawyer, Cornell’s family issued the following statement.

“The family believes that if Chris took his life, he did not know what he was doing, and that drugs or other substances may have affected his actions.  Without the results of toxicology tests, we do not know what was going on with Chris—or if any substances contributed to his demise.”

Under pressure from the Freedom of Information Act, the Detroit Police Department released details about the musician’s final night.  Materials released include police photographs of Cornell’s hotel room and the band he used to hang himself.

Police confirmed that the legendary rock star hung himself inside room 1136 of the MGM Grand Casino Hotel.  Photographs show the exercise band that the singer used to hang himself on the bathroom door.  Autopsy reports also confirm that the singer had a ligature mark around his neck.

Vicki Cornell, the singer’s wife, had tried to obtain information about the singer prior to his death.  The hotel operator apparently had hung up on her.  At 11:34 p.m., Chris Cornell complained that his Apple TV “was not working.”  Cornell’s bodyguard, Martin Kirsten, received a phone call from an angry Vicki, asking him to check on the singer.  Kirsten told officers,

“I came to the room and was unable to get (in) because of the interior latch.  I went back to my room and called for hotel security to come and open the door.  They refused, saying that it wasn’t my room, although I told them that he was my employer and that I had a key.”

Kirsten had kicked the door open when Vicki found out that the MGM staff wouldn’t open the hotel room.  After finding the bathroom locked, he called 911 and asked the hotel to send security.  Kirsten found the lifeless singer on the bathroom floor.

Upon arriving at the scene, medical first responders worked on a lifeless Chris Cornell for about an hour.  A medic “untied [a] red exercise band from [the] victim’s neck” to begin CPR.

Shortly after pronouncing him dead at the scene, officers discovered three prescription medication bottles.  They found prednisone, omeprazole, and lorazepam.  They also found Chris Cornell’s guitar on a chair along with his iconic sunglasses on the bed.

You can check the complete police report below along with photos of the late singer’s hotel room.  Warning: Some of the images are graphic. 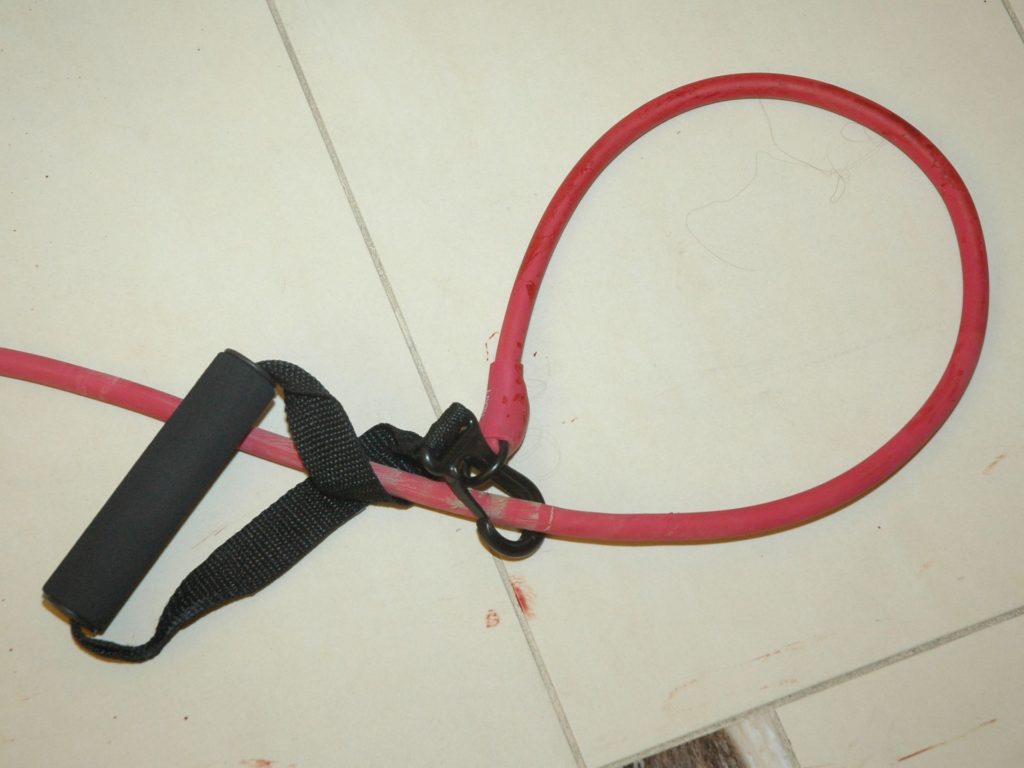 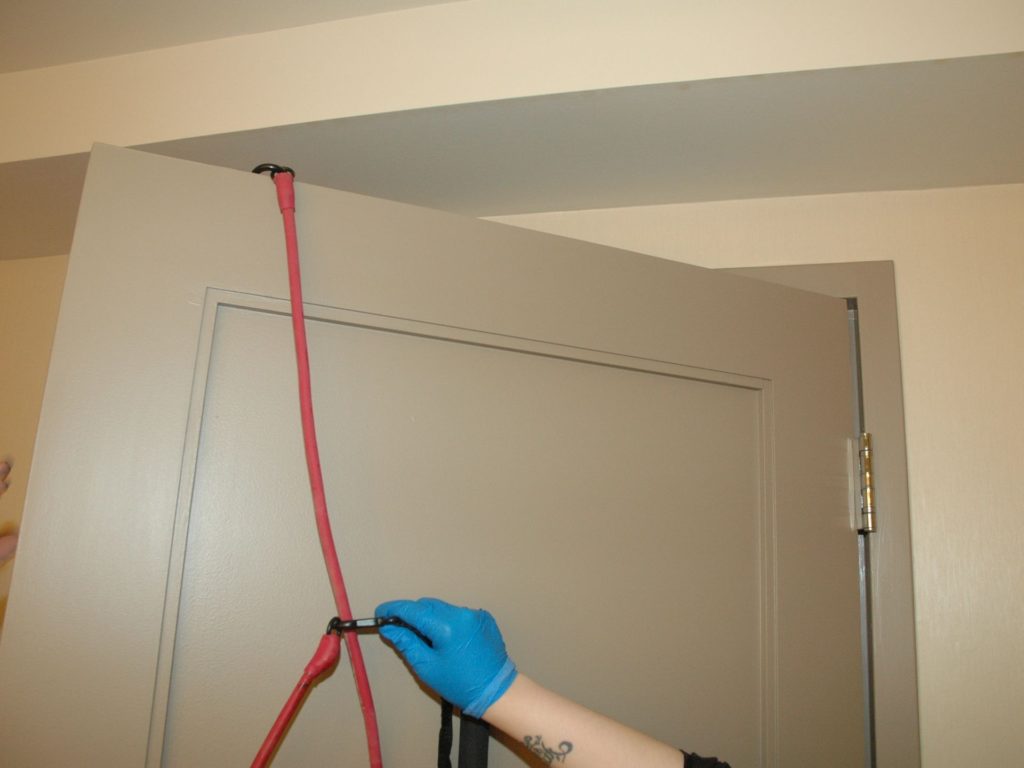 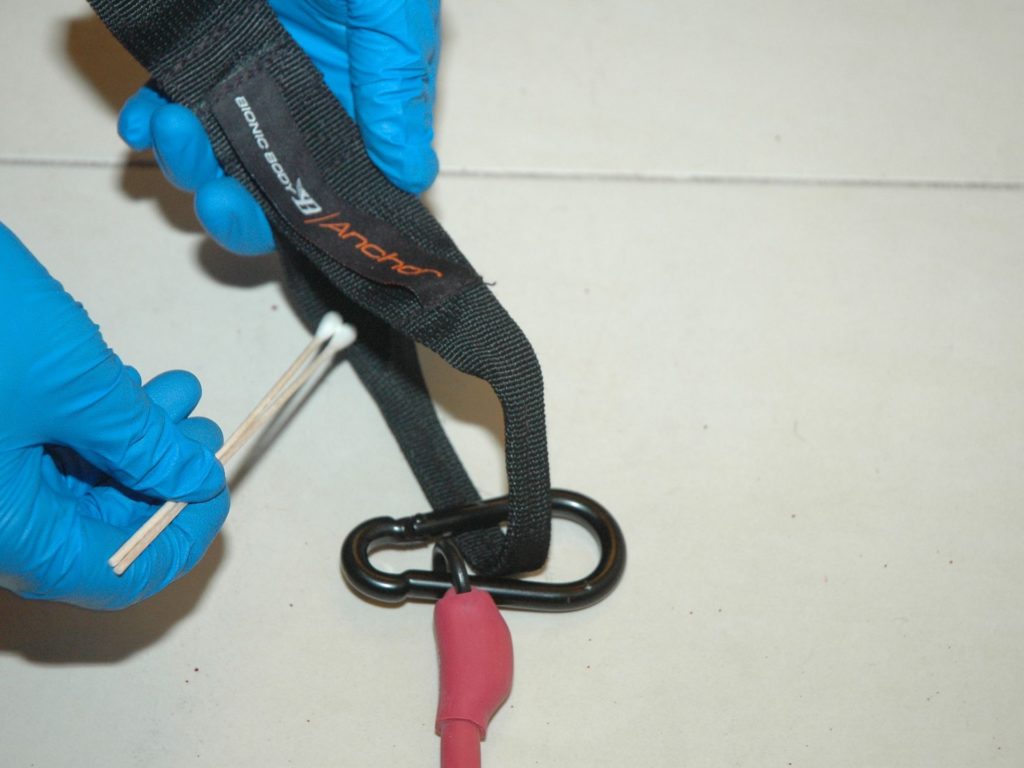 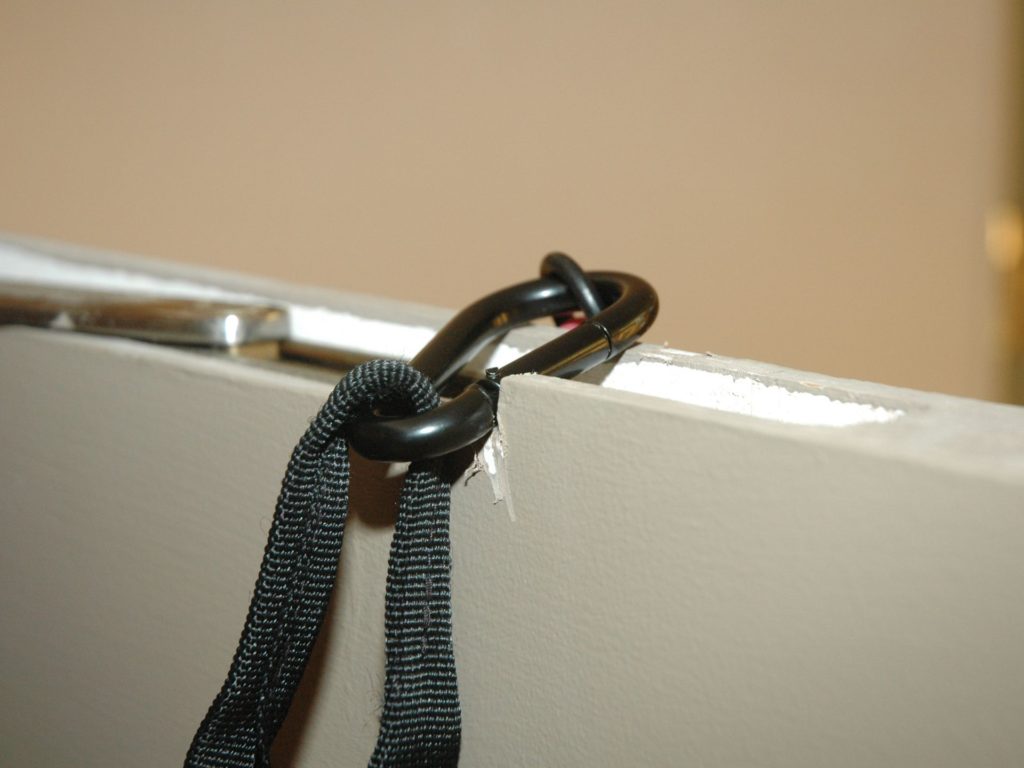 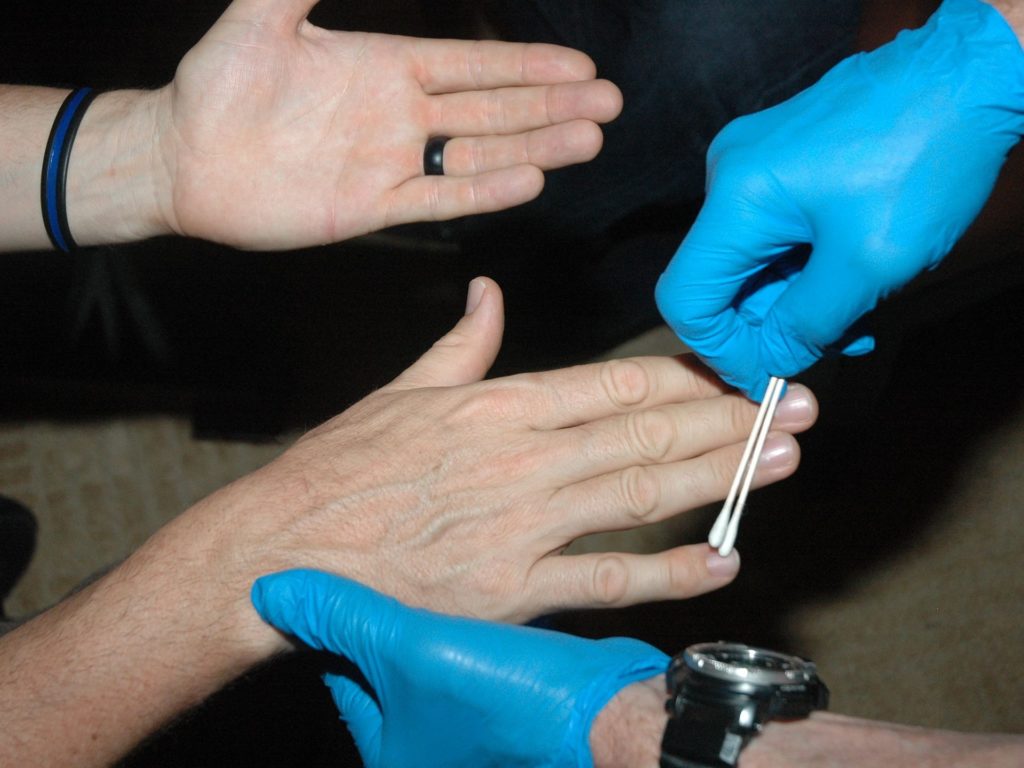 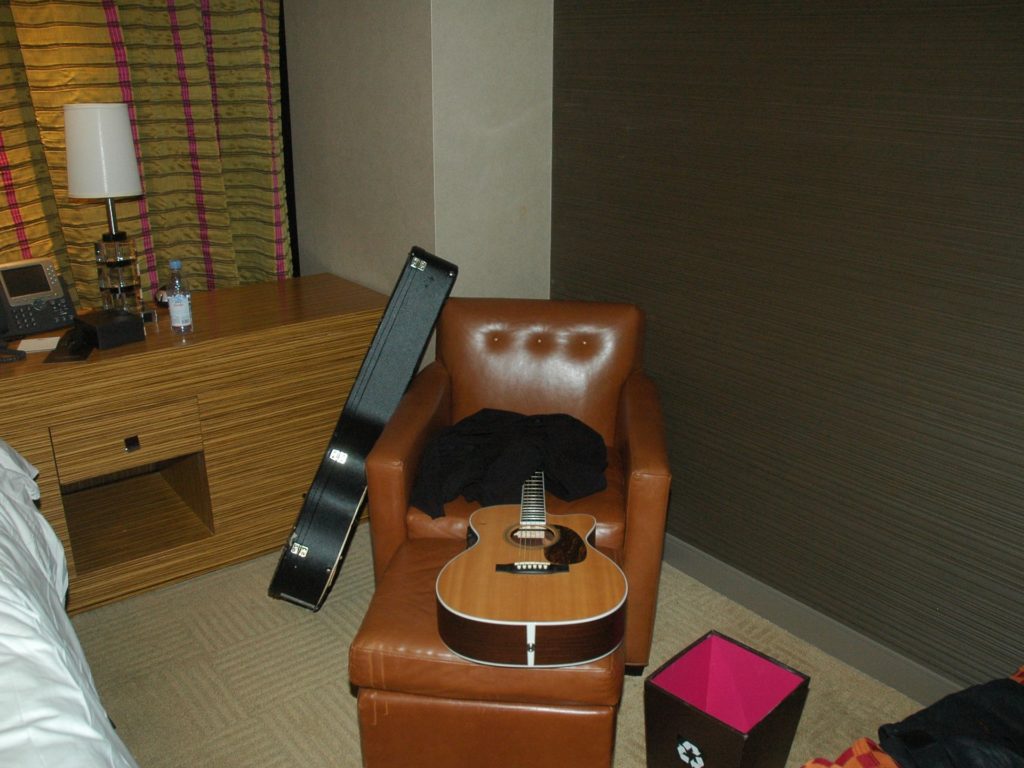 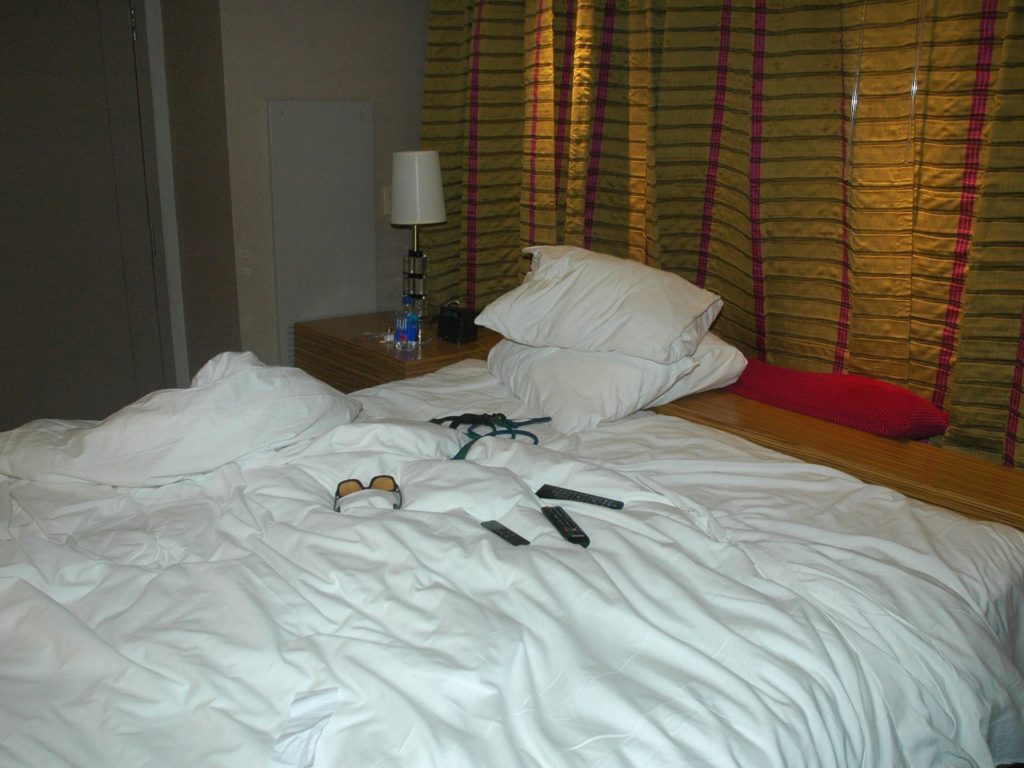 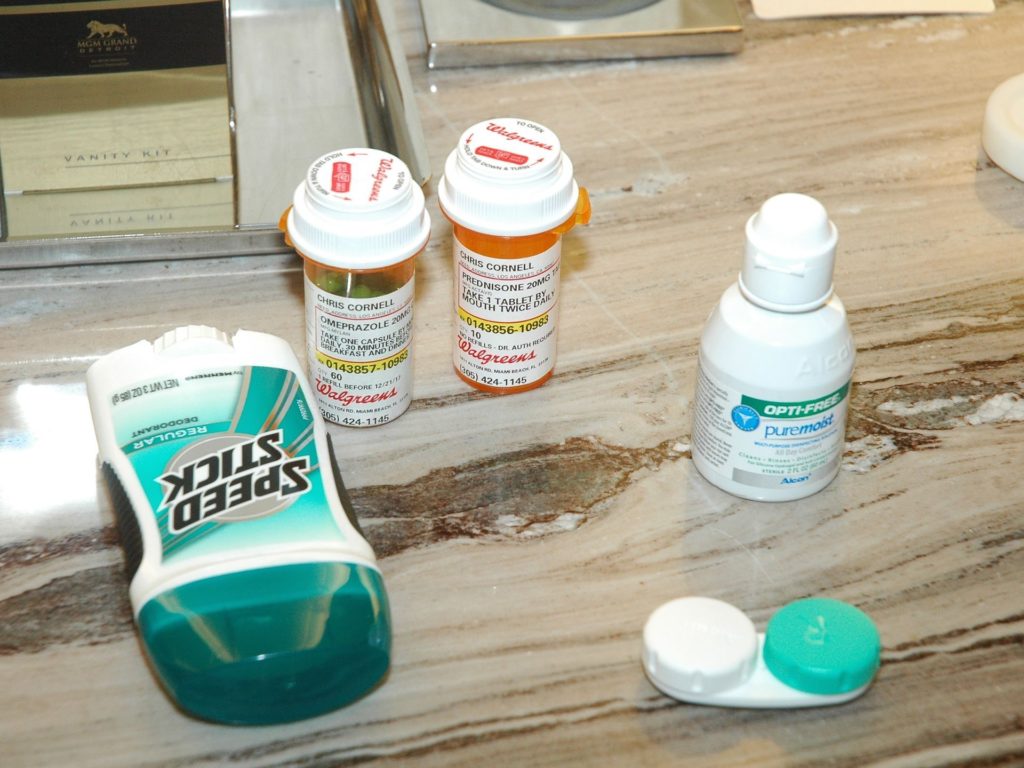 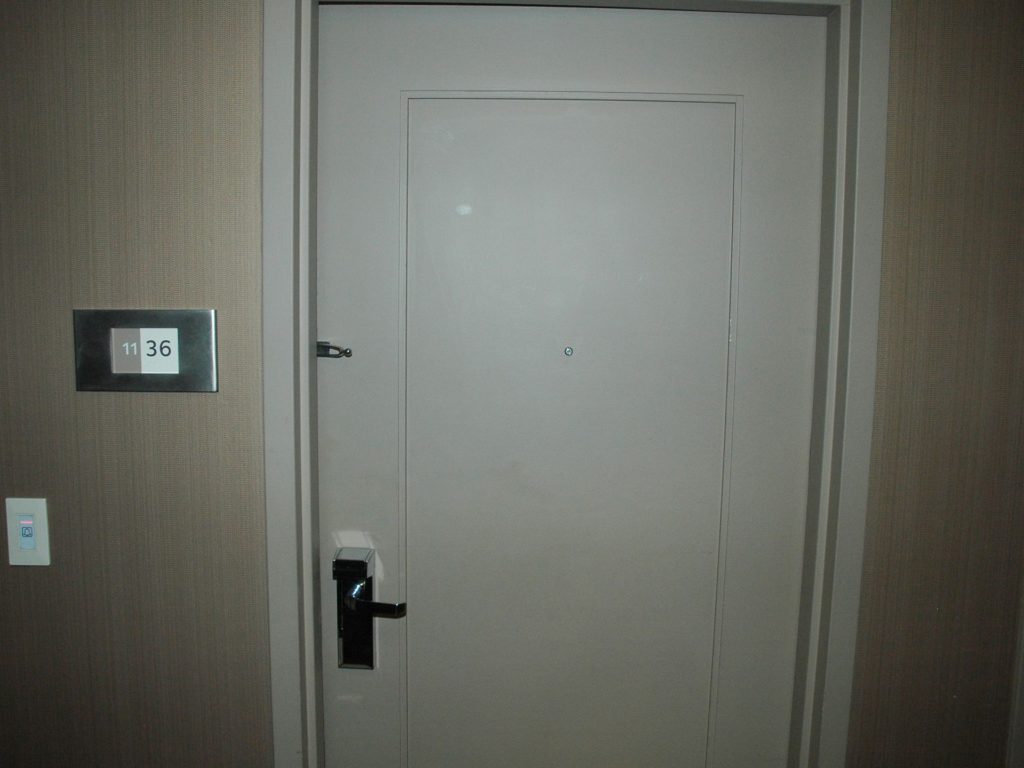 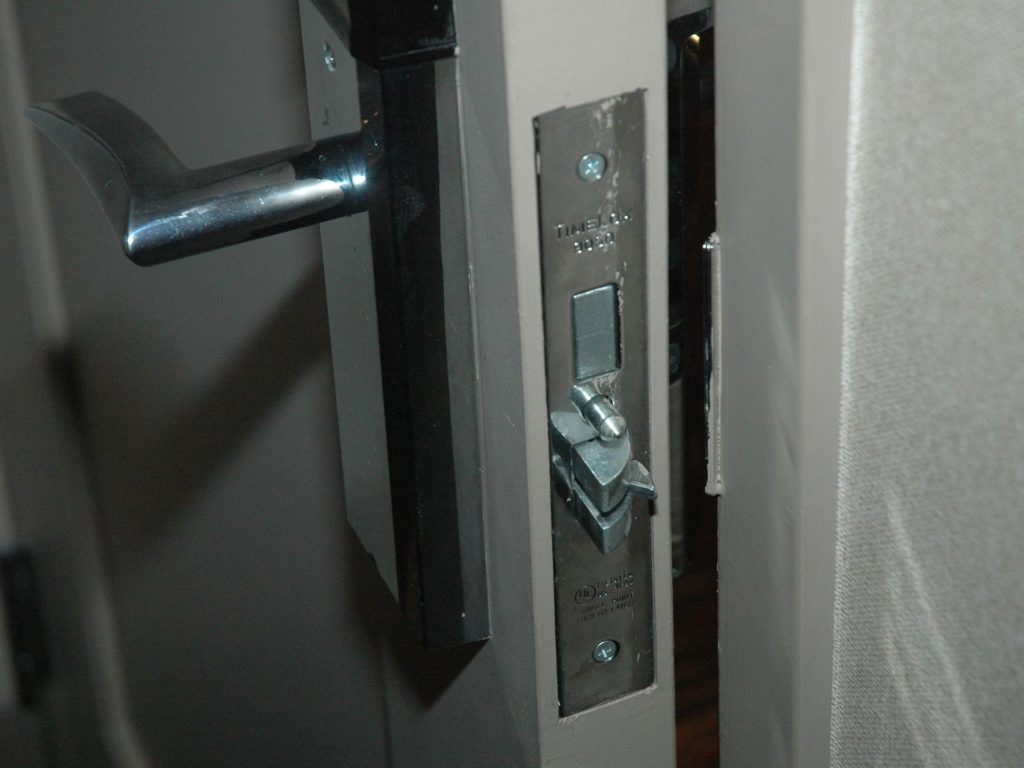 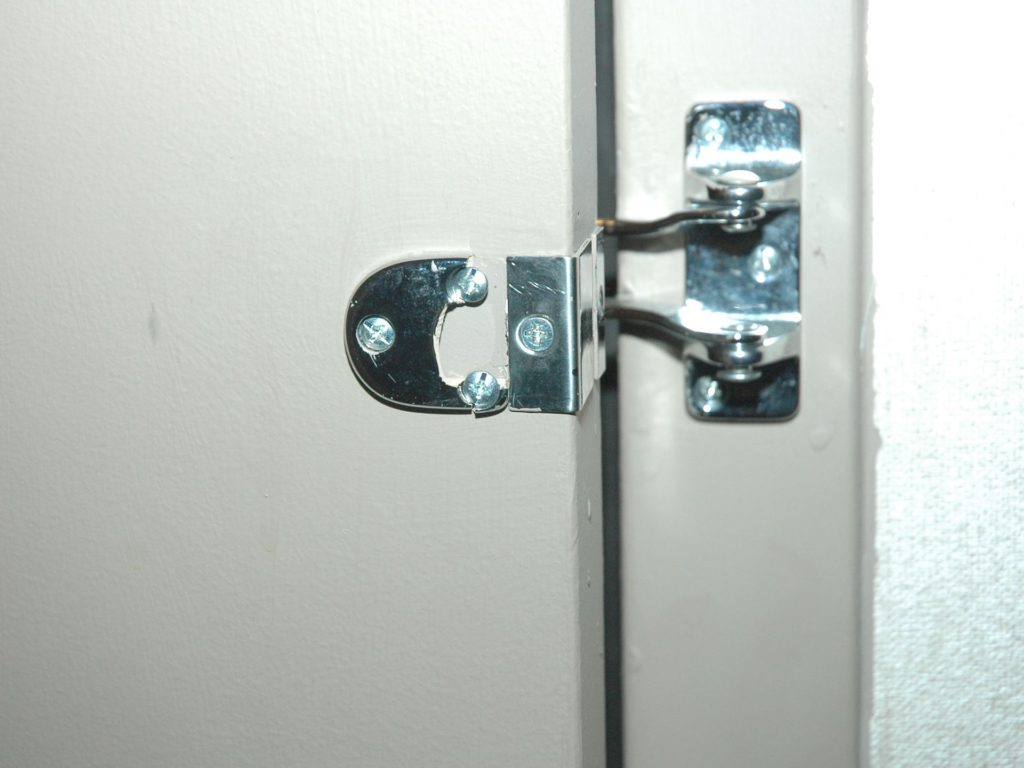 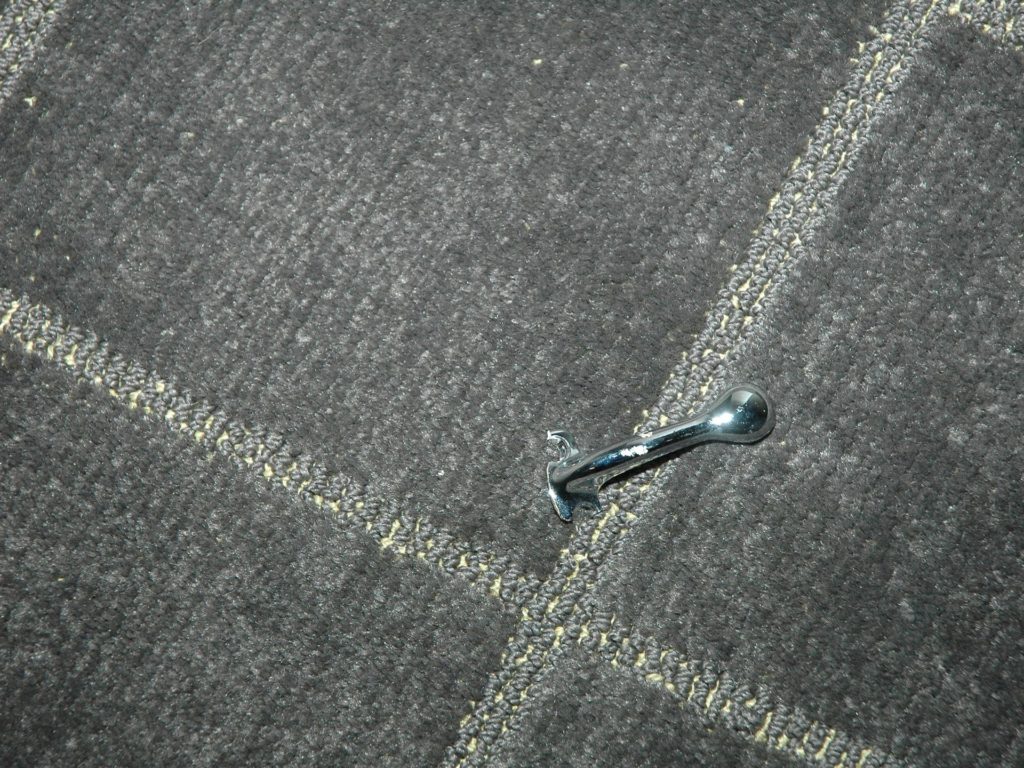 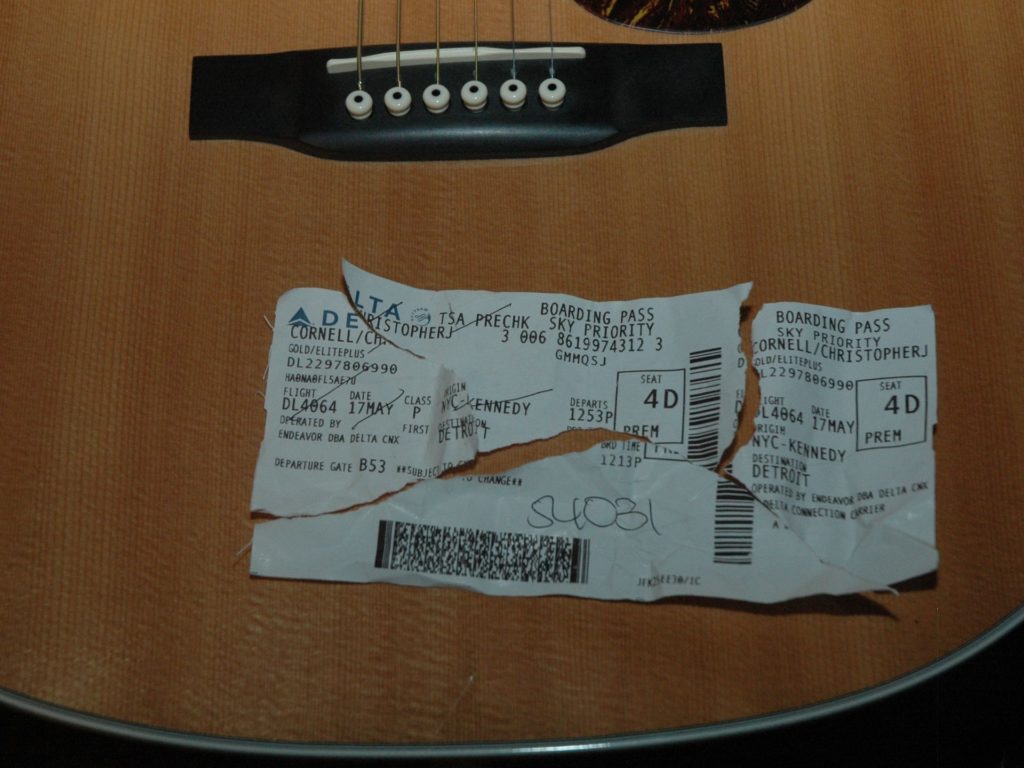