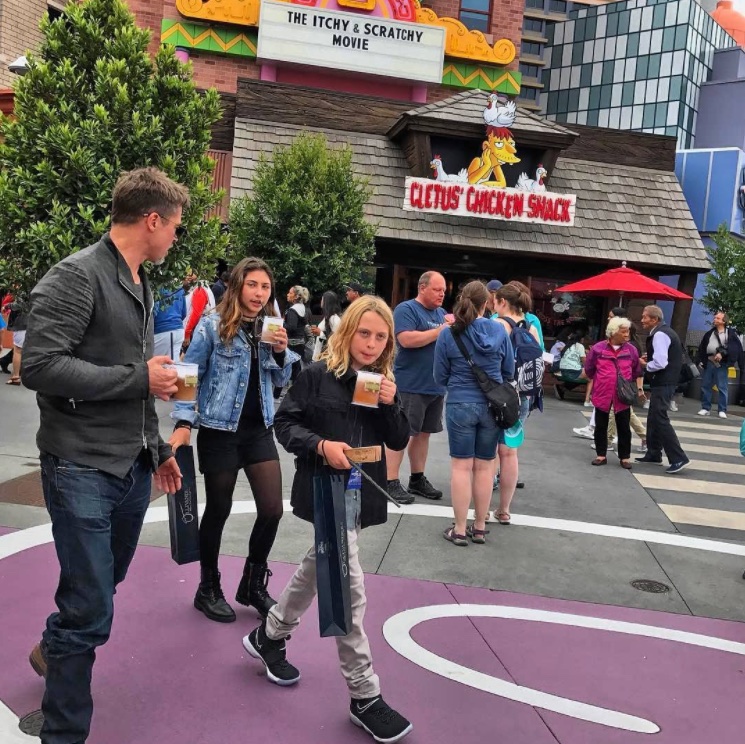 It’s not the suicide that hurts the most.  It’s the questions that get left behind, forever unanswered.  Chris Cornell’s wife refuses to believe that her husband would actually take his own life.  In the wake of the May 18th tragedy, Vicki Cornell blaming the anti-depressant Ativan for the singer’s hanging suicide.

Meanwhile, Cornell’s two children have been left stunned and silent by their father’s death.  And they’re now being barraged by media reports, autopsy images, and other harrowing reminders of what happened.  Chris Cornell left three kids behind — Lillian Cornell, 17, Toni Cornell, 12, and Christopher Cornell, 11.

Stepping into this void is an old friend: Brad Pitt.

The actor was front-and-center at Cornell’s funeral this week, and has been comforting the children since May.  Pitt has reportedly expressed displeasure over the publication of Detroit Police Department photos showing the bathroom and hotel suite where Cornell killed himself.

Shortly after Cornell’s death, Pitt took the kids to a special outing at Universal Studios in Los Angeles.

Soon thereafter, Pitt posted a picture of the getaway on his official Instagram account.  That was undoubtedly a special gesture and a chance to escape, with Pitt clearly showing his loyalty to an old pal.

Immediately after that picture was posted, fans thanked Brad for admirably stepping in.  “God bless you Brad for just being there to give comfort. Bringing them out of the darkness of despair that comes with such a loss,” one fan wrote on Instagram.  “Be their wings of flight as long as time remains.”

On May 18th, the Soundgarden frontman was found dead at the MGM Grand Hotel in Detroit.  The singer had recently completed a show, and was touring the region.  By all accounts, Chris was a happy dad and seasoned musician, enjoying the fruits of his life.

Soon after the death, detailed photos of the suicide scene were released as part of the Freedom of Information Act.  Of course, that wasn’t much consolation to the Cornell family, which is now struggling to piece together their lives.