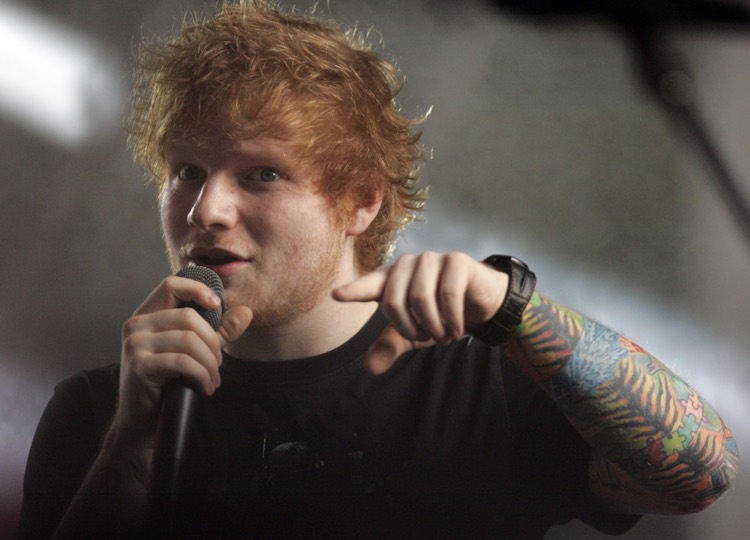 Last year, Ed Sheeran got served with a multi-million dollar copyright infringement lawsuit.  Now, he’s dealing with another one.

Updated, Sun Jul 16th: In our first version of this article, we wrongly attributed the first lawsuit to the Marvin Gaye estate.   And, he hasn’t technically been served on this second suit (that’s an important detail as you’ll see!)  Here’s the updated revision.

Last year, Ed Sheeran was slapped with a major lawsuit alleging copyright infringement.  The singer was accused of copying the soul classic, ‘Let’s Get It On,’ without seeking permission beforehand.

In the lawsuit, Sheeran was flatly criticized for copy-catting on ‘Thinking Out Loud’.  The Estate of writer Ed Townsend blasted Sheeran for blatantly ripping off the chord progression, creating a slightly different arrangement, and putting different words on top.

Sheeran is now facing damages as high as $20 million.  And a seriously derailed career in the process.

The similarities between the songs are striking.  But is this just copyright trolling?  Sheeran became the latest high-profile target, and a perceived victim of copyright abuse.  After all, how complicated was this chord progression?  And it was probably used dozens of times — before and after ‘Let’s Get It On’.

Then, this damning video came to light.

At roughly 4:29 in this 2014 performance in Zurich, Sheeran smoothly transitions ‘Thinking Out Loud’ to ‘Let’s Get It On’. The shift is shocking, mainly because it demonstrates the incredible similarity of the songs.

According to legal paperwork shared this morning with Digital Music News, the estate of Ed Townsend is now suing for a second time.   That’s peculiar, given that the estate filed the same lawsuit last year.  But it turns out that Townsend attorneys failed to properly serve Ed Sheeran and a number of other defendants in time.  So the case was shelved.

Maybe the Townshend lawyers need to brush up on their servicing skills.  Out of 15 total defendants, only two received court-approved servicing.  Overseas servicing was particularly ineffective, and enough to sinkhole the entire case.  That’s actually really tricky component of international litigation, with servicing delays sometimes spanning months (if not years).

Accordingly, after a 90 day window lapsed, a judged dismissed the suit with prejudice.  That left Atlantic Recording Corp. and Warner Music Group Corp. as remaining defendants.  And without Sheeran and his attorneys, the case wasn’t worth hearing.

Now, the heirs of songwriter Ed Townsend, led by Kathryn Townsend Griffin, are filing legal paperwork — again — in US District Court for the Southern District of New York (Manhattan).  And they’ve probably figured out how to serve Ed Sheeran properly this time.

All of which means Sheeran is facing a legal pile-on, with a gaggle of copyright attorneys on the attack.

Damages may now soar into the tens of millions.  And collectively, the two cases have the potential to seriously stall Sheeran’s career.

All of which raises the question: has the Marvin Gaye Estate unleashed a new era of copyright trolling in music?

Just recently, the duo of Pharrell Williams and Robin Thicke were saddled with $5.3 million in fines for allegedly stealing another Gaye classic.  Despite serious differences in both key signature and composition, ‘Blurred Lines’ was found to be infringing upon ‘Gotta Give It Up’.

Similarities in style were ultimately the reason for infringement — not technical ‘copying’.  In other words: even if the notes are totally different, a jury can still award millions for copyright infringement.  It all depends on their untrained ears.

Pharrell has already led the effort to reverse that decision.  And the Marvin Gaye family is catching some flack (justified or not).  “Lots of people will be commenting on how Ed Sheehan rips people off, saying he’s not original and Marvin Gaye was amazing, etc.” Sheeran fan Sarah Koch declared.  “Well the fact is that there are only so many chords and so many notes.”

“They are lyrically and musically completely different. When [‘Thinking Out Loud’] came out (two years ago btw) I never once thought it sounded similar to “Let’s Get It On”.  And yes, I do know that song well.  Why is it taking this songwriter two years to file claims against Ed Sheeran? And does any one else think it’s odd especially following the lawsuit against “Blurred Lines”? Which also happened to be a Marvin Gaye song?”

“It’s all about money, people.”

More details as they emerge!