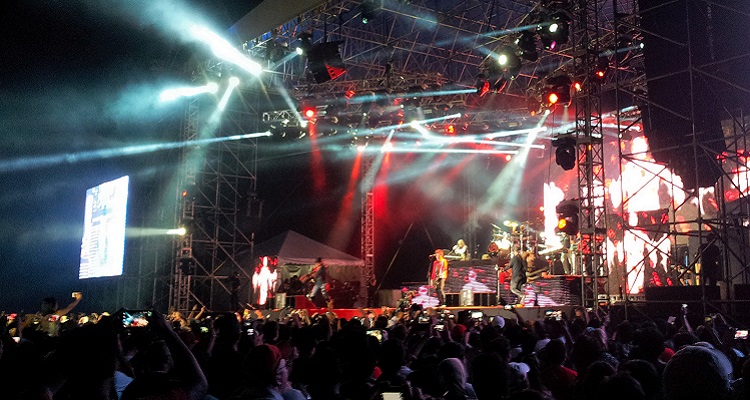 Despite the surge in streaming, top artists still make most of their money from touring.

Music streaming has helped major labels post record-breaking revenue.  In its Q1 report, WMG posted over $1 billion.  During the same period, Sony Music reported $1.2 billion.  UMG alone earns $4.5 million a day from streaming.  But despite the rise of streaming in the music industry, the richest artists still make the majority of their cash from touring.

Last week, Billboard published their list of the highest-paid artists in the music industry.  Taking a look through the list, one key fact emerges: the richest artists make over 75% of their money from concerts.

Beyonce took the top crown as the highest-grossing artist of 2016.  She earned a whopping $62.1 million.  From sales alone, she earned $4.3 million. $1.9 million came in from streaming. Another $1.3 million from publishing.  From touring, however, Beyonce earned $54.7 million. This accounts for slightly over 88% of the total amount that she made in 2016.

The breakdown is even more impressive.  In support of her sixth album, Lemonade, her ‘Formation World Tour’ sold 1.2 million tickets in North America.  Across 32 North American stops, the concert grossed $161 million.  She also made $6.2 million from royalties.  According to Nielsen Music, Lemonade earned 2.2 million equivalent album units in 2016.

Landing in fourth place, and unlike the first three, Drake didn’t earn the bulk of his money from touring.  The Canadian-born rapper earned a total amount of $37.3 million in 2017.  However, the artist earned millions mostly from audio and video streams, bringing in $23.7 million with royalties included.  Thanks to summer concerts with Future, Drake brought in $13.6 million last year from touring.

Billboard’s list continues with Adele, Coldplay, and Justin Bieber, among many other artist and groups.  While streaming leads the way in helping major labels earn record revenue, artists continue making most of their cash through concerts.  In fact, Billboard’s highest-paid artist list confirms a study shared with Digital Music News.  That study showed that live concerts, along with streaming, make up 73% of revenue that the entire music industry earns.