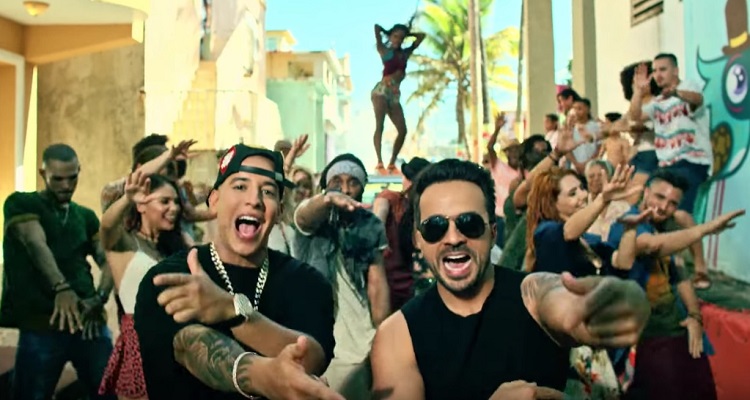 The huge success of ‘Despacito’ proves Latin music is once again on the rise.  And you can thank audio streaming services and YouTube.

Now, ‘Despacito’ will soon overtake both ‘See You Again’ and ‘Gangnam Style’ on YouTube, faster than anyone expected.

Across all streaming services, Luis Fonsi’s ‘Despacito’ featuring Daddy Yankee has reached the all-time streaming record.  The hit single has reached 4.6 billion global plays.  The song beat out Justin Bieber’s ‘Sorry,’ which previously held the record, followed by Ed Sheeran’s ‘Shape of You.’

Despacito has also become the first Spanish-only single since 1995’s ‘Macarena’ to top the Billboard Hot 100.

But that’s going to change pretty quickly.  In just nine days, ‘Despacito’ has scored nearly 180 million additional views.  Currently, the song has 2,662,201,395 views.  Most impressively, however, is that the song was uploaded just seven months ago.  ‘Uptown Funk’ reached 2.5 billion views after two years and a half on the platform.  Bieber’s single, ‘Sorry,’ was uploaded on October 22nd, 2015.

Speaking on the song’s success, Luis Fonsi told the BBC,

“What’s happened with this song is just insane.  I don’t want to use the word accident because I was trying to write a hit, but I didn’t plan for it to cross over.  I just wanted to make people dance.”

You can watch the video below.