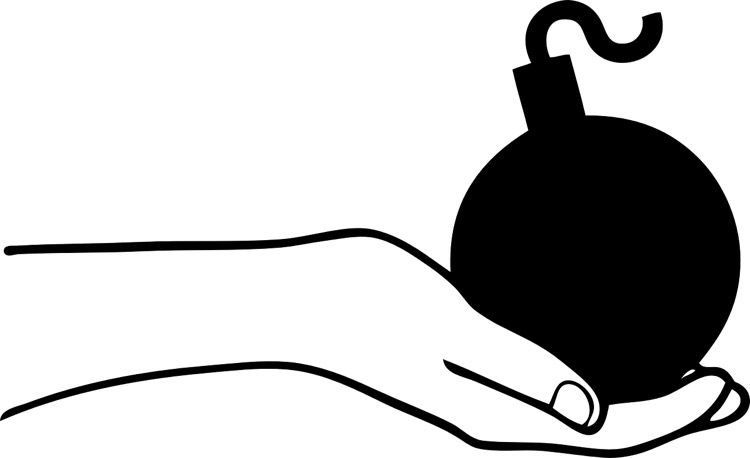 Music publishers are suing the crap out of Spotify.  But could this all have been prevented?

In case you’re just tuning in, Spotify has a serious legal emergency on their hands.  After nearly two years of litigation hell against music publishers and $70+ million in resulting damages, the streaming giant isn’t even close to solving this mess.  A class action settlement is falling apart, and smaller publishers are going for the jugular.  We’ve also heard that larger publishers are unhappy with their recent, $30 million settlement.

All of which means Spotify’s planned IPO just hit another major hurdle.  If it’s even on the table anymore.

Yesterday, a pair of publishers with roughly 2,500 songs dropped a $365 million lawsuit on Spotify’s head.  And according to our sources, that’s just the beginning.  There are millions of songs sitting on Spotify, with billions in potential lawsuits waiting on the wings.

But what about those class action lawsuits and major publisher settlements?

So here’s the problem: it turns out that everyone isn’t so happy with those resolutions.  According to our sources, a number of publishers are ‘going rogue,’ and refusing to buy into class action deals or settlement arrangements they think are unfair.

That may include some of the largest music publishers in the world, who collectively control millions of songs.  Those publishers are reportedly disgruntled after getting a lower settlement amount than a group of smaller songwriters and indie pubs.

Just look at the numbers: indies got a $43 million dollar settlement, while the bigger publishers ‘only’ got $30 million.  See the problem?

Enter the National Music Publishers’ Association (NMPA), which represents the largest publishers and negotiated that $30 million deal.  Amidst concerns about the settlement amount, the NMPA issued a back-spinning email assuring its members that there was more money ahead.  And that they scored a great deal, much bigger than the $30 million reported.

You can see the entire email here.

We spoke with NMPA president David Israelite about that letter.

He said that the only reason the letter was mailed was because of bad reporting (including ours).  “The $30 million number that was being reported was a snapshot in time number and not close to the total value of our settlement,” Israelite said.  “While my Board understood that, we were concerned other NMPA members, who may not have been as immersed in the details, would get a false impression from the articles.

“As we have clarified several times, the NMPA settlement is not ‘lower’.  It will be for a substantially higher total amount than the class action settlement.”

That’s subject to debate, in part because the ‘total value’ also includes future payments owed.  But Israelite assured us that mega-publishers are happy with the settlement.  “My 18 member Board is unanimous in its opinion that the NMPA settlement remains the best course of action,” Israelite emailed.

So happy, in fact, that publishers are agitating for more.  A lot more.

Earlier this week, the New York Post reported that mega-publishers are suddenly demanding equity shares in Spotify, citing NMPA emails.  They want a chunk, just like their major label kin, who reportedly own 18+% in the streaming giant.  We’ve heard that the Post’s report is spot-on.

You see, not only are the recording labels winning major upfront payments.  They’re also scoring huge advertising real estate and ownership shares.  The law says recording labels can structure whatever deal they want in the open market. But publishers have to obey a gaggle of government regulations dating back to your great-grandfather’s youth.

So major labels are winning, and publishers are getting shafted.  But not anymore, baby!

Enter hardliners like SOCAN’s Jeff Price and attorney Richard Busch, both of whom dropped a $365 million turd on Spotify’s doorstep.  They’re making guys like David Lowery look like pussycats.   And once the full weight of the major publishing industry is on Spotify’s back, you have enough to destroy the greatest savior the music industry has seen in 15 years.

Which is sad, because publishers may be half the reason why Spotify messed up these licenses up in the first place.  And that’s being generous.

And for an explanation on that, look no further than HFA.  You see, HFA used to be owned by the NMPA, who structured a deal to have HFA administer Spotify’s mechanical licensing payouts.

This backwater, confusing mechanical license was no longer a concern.  Spotify could return to building a stellar platform, and leave the complexities to HFA.  It was like an accounting firm to deal with arcane tax code.  Phew!

Only problem: the licenses weren’t getting administered correctly!  Paperwork (NOIs) weren’t getting mailed, matches of catalog weren’t even being made.  Millions of songs were getting infringed.  People started freaking out, including streaming CEOs.

And the worst part: it took years before everyone finally said, ‘Oh… S—T!’

At that point, the damage was already done.  And the trail of infringement was severe.  Which is — according to our sources — part of the reason why the NMPA had to ‘go soft’ on Spotify in the first place.  You see, they helped to get Spotify into this mess.  So realistically, they could only sue Spotify for so much money.

Israelite forcefully disputed all of that.  “I don’t see how HFA’s administration would have anything to do with the settlement amounts,” Israelite blasted, while accusing me personally of having a “shocking lack of understanding about copyright law and about the actual business relationship between Spotify and HFA.”

“HFA did not ‘create’ any of these problems,” Israelite said.  “They are not liable, and they are not the infringer.”

But according to insiders speaking with DMN, HFA is a big, big reason for this mess.

HFA’s contracts apparently carried indemnification clauses protecting it against infringement liability.  So if HFA failed to make a match or payment, then they’re not on the hook for millions in damages.  Fair enough.  But what happens when publishers are suing Spotify for problems created by a solution they structured?

That starts to confuse those indemnification clauses.  And seriously raises the risk of Spotify suing back.  “NMPA is suing on the very problem they created,” one source told us.  “The NMPA pedaled HFA as the solution.”

But would Spotify actually sue back?

Insiders are now telling us yes — but only if they’re pushed too hard.  And nobody wants an ugly countersuit.  For the NMPA and HFA (since sold), it would probably force the disclosure of correspondence, documents, and other issues surrounding HFA’s management of mechanical licenses.

But it would also push both parties into a ‘World War III’ scenario that could affect everyone.  And potentially destroy Spotify’s hope for saving the music industry.