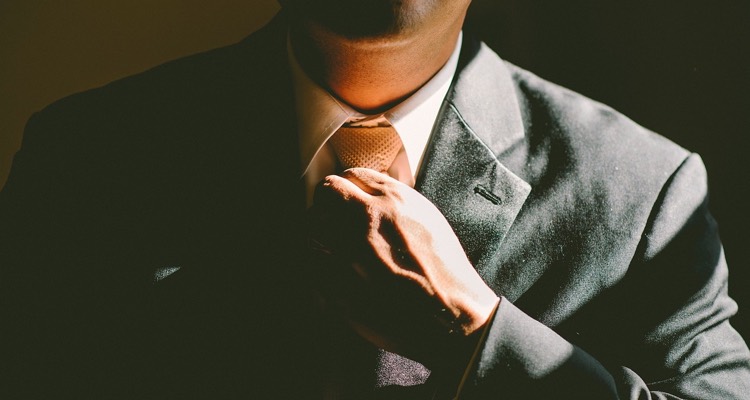 It’s been a sizzling summer so far!  Here’s the latest music industry jobs rundown, across every sector of the business.

We start with the still-steaming pile at SoundCloud, where 173 employees recently received the ax.  The brutal HR bloodletting was a shock to longtime staffers, though recovery efforts were quickly underway.  Ex-SoundClouders immediately rallied together and posted their availability to prospective employers on a shared spreadsheet; we’ve already heard that more than 30 have landed new gigs.  So if you’re hiring anyone in music tech, start with these prospects!

Separately, we’re hearing a few rumblings that SoundCloud CEO Alex Ljung could be facing his own bloody ax.  You might want to look away — but that’s for next week.

And for those looking for random clues or plum jobs, you might want to check out this juicy job posting at Facebook for a Music Development Business Manager.  Tell ’em DMN sent you (that is, if you don’t want to get hired…)

Elsewhere, BET’s VP/Talent & Music Programming Tracy Cloherty is leaving.  The experienced programmer is taking a summer reprise, then plans to return to the fray in the fall.  Give her a shout if you’re looking to expand: (917) 584-0083.

Also in Nashville, a number of royalty administration roles are being filled.  Emily Frye, Erin Ruth Schleiff, Chelsea Grim and Darcie Van Etten have all been hired to handle a range of royalty-focused administrative functions.

The Country Music Hall of Fame and Museum

In the merchandising realm, UMG-owned merch giant Bravado has tapped Christine Calip Victor as its new Senior Vice President of Business Development, Business and Legal Affairs.  And don’t worry: she promises not to wear the band’s t-shirt to the concert.

And at the big kahuna, there’s a new EVP in town.  Adam Granite has been tapped as EVP of Market Development at the label giant, reporting directly to UMG chairman/CEO Sir Lucian Grainge.  Granite had been a fixture at Sony Music Entertainment previously; he will be based in London.

Swinging over to Australia, TubeMogul executive Stephen Hunt has been hired way by Universal Music Group Australia.  According to AdAge, Hunt will serve as MD of emerging technologies.

On the publishing end, Universal Music Group Publishing (UMPG) has bumped Kevin Cady to Head of Finance for the Americas and Senior Vice President of Global Business Strategy.  The mega-pub has also tapped Jamie Diamond as Director of Communications.

And at that other big kahuna, another Sony name has been lured.  Spotify has just hired away François Pachet, a leading AI expert.  Pachet has been leading music research as the Director of the Sony Computer Science Laboratory in Paris since 2014.

At the worship-focused Integrity Music, label president Ryan Dunham has stepped down.  Moving into the role is Jonathan ‘JB’ Brown, who bumps from Vice President and Managing Director for Integrity’s European operation.

And the fallout continues at Sony unit Epic Records.  Following the push of chairman & CEO Antonio ‘LA’ Reid in May, aftershocks continue.  That apparently includes Epic Records EVP of promotion, Todd Glassman, who departed the label earlier this month.  That followed the departure of EVP of Media and Strategic Development Laura Swanson , with Sylvia Rhone assuming an interim CEO role.

Sony Music chief Rob Stringer is the one shuffling the deck.  Variety reports that Rhone is unlikely to move from ‘interim’ to ‘permanent’ status, though she’s being credited with keeping the ship steady.

Rani Hancock is now President of Warner-owned Sire Records.  Rani — a Berklee College of Music grad — came over from UMG-owned Island Records where she commandeered a top-level A&R role under David Massey.

On the legal side, law firm Reed Smith has added Ingrid Silver to their Entertainment & Media Industry Group in London. Ingrid comes from Dentons.

Longtime Because Music SVP A&R/Marketing Jane Third has left the label to join [PIAS] as Global Chief Creative Officer.  Third will also be running her own label through [PIAS].

In the publicity world, Brendan Bourke has been tapped as Director of Publicity at The Syndicate.  His many responsibilities will include enjoying tea with Billboard’s editorial staff while going nuclear on DMN’s; Bourke will be reporting into VP of Publicity and Artist Development Jeff Kilgour.

Over in Nashville, entertainment marketing agency FlyteVu has added Kasey Hodges as account manager.  Laura Fuller jumps in as a coordinator.  Hodges hails from Gibson Brands; Fuller from CAA.  Congrats!

Over on the agency side, United Talent Agency (UTA) has tapped David Zedeck as a partner overseeing global business.  He will also be a ‘special advisor’ to UTA’s board of directors.  Zedeck hails from Live Nation.

Written while listening to EDX.