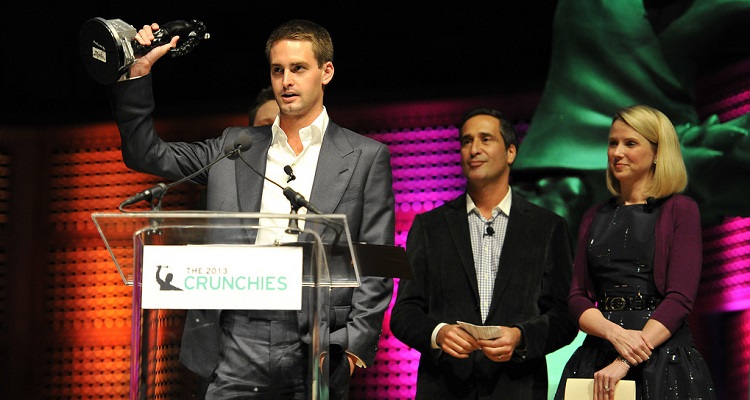 One way to sum up Snapchat CEO Evan Spiegel’s attitude: ‘What, me worry?’

Following their dismal Q1 2017 report in May, investors fled the company, causing it to lose $6 billion overnight.  Snapchat simply hasn’t built a plan to defend itself against social networking behemoth, Facebook.  And Spielgel & Co still don’t have a plan to attract users away from Instagram Stories, an outright clone its own Snapchat Stories.

Criticizing Spiegel’s inability to innovate, Morgan Stanley analysts knocked its stock target price to $16.  It downgraded the stock just four months after its debut.  The stock opened at $24.48 a share on March 2nd, reaching an all-time high of $27.09 a day later.

“We have been wrong about SNAP’s ability to innovate and improve its ad product this year.”

Scott Galloway, a marketing professor at NYU’s Stern School of Business, outright lambasted Snapchat’s poor leadership. Aimed at investors, he issued a strong warning to avoid the stock at all costs.

“Investing in Snapchat is like driving drunk; it’s something that no responsible person should do.”

In an interview with CNBC, Galloway didn’t mince words when speaking about Evan Spiegel.  “You are handing your money over to a 27-year-old with no rights to the stock,” he blasted.

Snapchat previously had a $20 billion valuation.  On its first day of trading, it earned a market capitalization worth over $30 billion.  Financial services and investment outlet The Motley Fool issued their own adjusted valuation.  In a piece titled ‘Snap is a dead stock walking,’ Timothy Green wrote,

“If you instead assign it the same price-to-sales ratio as Twitter, another perennially unprofitable social media company with a stagnating user base, Snap would be worth just $2.3 billion.”

The company faces a serious problem. Though it has over $3 billion in cash, Snapchat continues to invest money in expensive acquisitions. It also throws away more cash than it earns in revenue each quarter.

But that’s just the beginning.  On July 29th, the stock’s lock-up period ends.  With stocks currently way below the IPO price, worried investors may trigger a massive sell-off.

Is Evan Spiegel worried? Apparently not.  While Snapchat continues its sharp decline in the stock market, its CEO is currently on vacation.  Nervous investors recently spoke to the New York Post. They are furious that Spiegel has yet to cut short a three-week vacation with his “bro buddies.”

Spiegel, alongside his wife Miranda Kerr and friends, are blissfully sailing on a 70-meter yacht.

At Snapchat’s stock peak, Evan Spiegel reportedly had a net worth of $6 billion.  With stocks reaching a new low, the 27-year-old CEO has lost $2.4 billion.

Spiegel reportedly has no intention to return home.  The New York Post described the CEO’s luxurious ride off the coasts of Italy.

“The yacht features eight cabins, five decks, a beach club/disco, barbecue, games deck, Jacuzzi and gym — and likely no phone service, so Spiegel can stay blissfully oblivious to the shareholder tsunami of rage.”