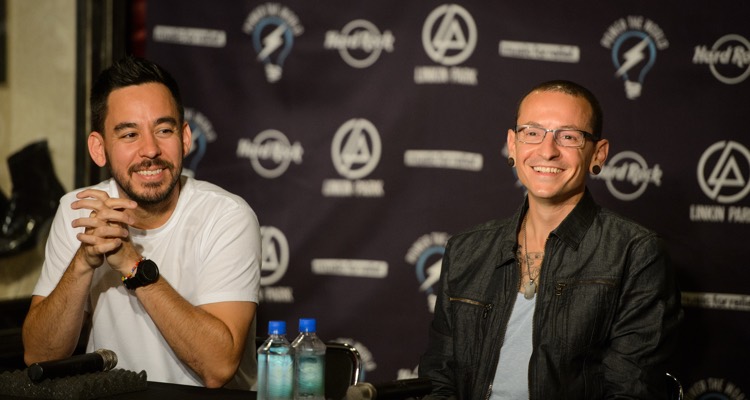 In the days following Chester Bennington’s unexpected suicide, people are questioning how someone could leave six children and a loving wife behind.  That is being reinforced by a heartbreaking note from Chester’s son Tyler written just weeks before his suicide.

The legacy of Chester Bennington won’t be defined by his music.  It will now include a suicide that has confused millions of fans, and left friends and family devastated.  But the suicide has also drawn serious critics, all of whom wonder how someone could do something so extremely selfish.

That includes Korn’s Brian ‘Head’ Welch, who blasted Chester Bennington as a coward for leaving six kids and a family behind.  Welch is no stranger to depression, drug abuse and hitting rock bottom.  But perhaps his experiences dealing with the pitfalls of fame have made him acutely aware of its downsides.

And, far less sympathetic to those that check out.  “Giving up on your kids, fans, and life is the cowardly way out!!!” Welch angrily wrote last week.

Now, we’re getting a better glimpse at exactly what Chester Bennington left behind.  It’s a post-it note written just weeks before the singer killed himself from the singer’s son, Tyler.  Chester’s wife Talinda Bennington affixed the post-it note on Chester’s coffee mug, so he’d see it before he hit the studio.

“Dad, enjoy your rehearsal or whatever you’re doing today,” the note relayed.  “Love life because it’s a ‘Castle of Glass’,” it finished, referencing Linkin Park’s 2012 track. 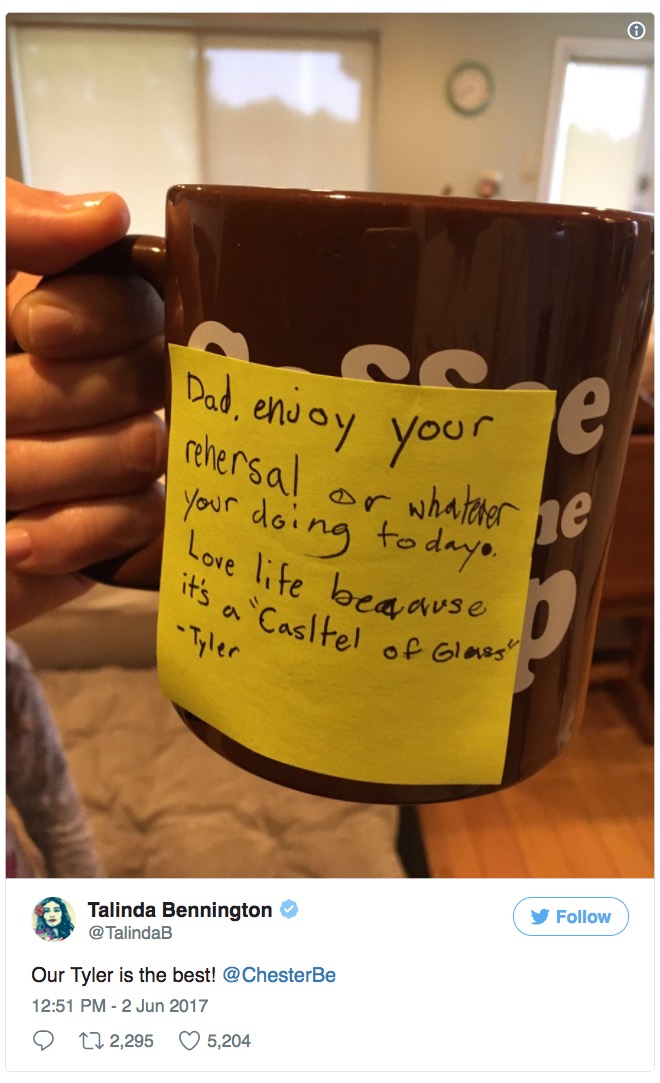 The suicide closely follows that of Chris Cornell, who also hung himself.  Incidentally, Bennington and Cornell were close friends, and Bennington’s suicide occurred on Cornell’s birthdate.  Both suicides were extremely unexpected, with both surrounded by caring families while enjoying successful careers.

That has fueled rumors and speculation that these were murders, though scant hard evidence supports those theories.