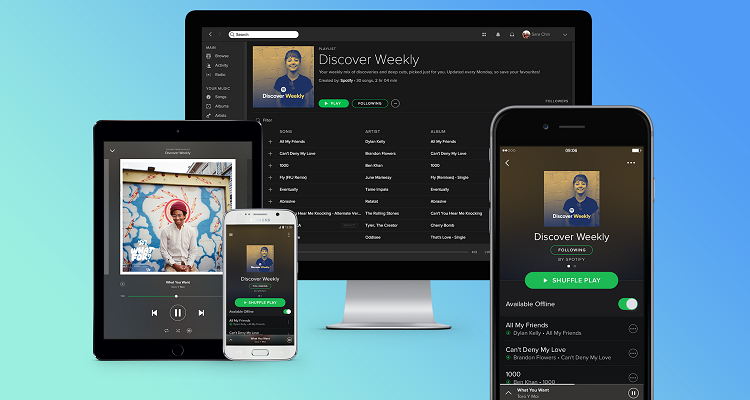 Haven’t signed up for Spotify Premium?  You may soon be waiting weeks to listen to your favorite releases.

Actually, the signatures are still forthcoming on the WMG deal.  But more on that later (keep reading).

Basically, Spotify has spent months in re-negotiation talks with the major labels.  Last April, the company landed a juicy deal with UMG.  In exchange for lower royalty payments (reportedly from 55% to 52%), UMG would restrict certain Universal albums for two weeks to premium-only subscribers.

Under the deal terms, free users would only have access to designated singles.  After several weeks, users would then be able to listen to the albums through the streamer’s ad-supported service.

Digital Music News wrote that the deal with UMG would serve as a template for future negotiations.  UMG is the 800 lb. gorilla, so they generally set the terms (even though the other majors don’t necessarily admit that).

But lo and behold, weeks later, the streaming platform locked down a similar deal with indie global rights agency Merlin Network.  And when it comes to ‘majors,’ Merlin has successfully aggregated enough indie-power to carry major sway.   And in exchange for lower royalty payments, Merlin labels reportedly won the ability to restrict certain albums to premium-only subscribers.  Just like UMG.

Then came another domino.  As with UMG and Merlin, in exchange for lower royalty payments, Sony Music could also restrict certain albums.

So far, Merlin Network, Sony Music, and Universal Music Group have yet to limit albums.  That may change soon, however, thanks to a brand-new deal with yet another major: Warner Music Group.

“The negotiations are at a crossroads.  There are still a number of key points that remain to be agreed.  If we manage to come to terms on these points, then it could lead to a very quick transaction.  If not, any deal would remain at bay.”

Warner Music Group has pushed to receive a guaranteed upfront payment “regardless of subscription growth.” The label has also asked for protection “against the potential rise of unsigned artists who could over time reduce its revenue share.”  Earlier, the New York Times’ Ben Sisario reported that labels are forcing Spotify to promise not to own its own content (or even prioritize lower-royalty artists).

Another source said that the deal will likely finalize in September.

But, with major labels asking for premium-only albums, what exactly should users expect?

Spotify last reported that it has 140 million users on its platform.  At least fifty million have signed-up for its premium service.  That means roughly 64.3% of Spotify’s total users listen to tracks through the platform’s free, ad-supported tier.


Labels could choose to restrict these high-profile albums for several weeks, starting off with a handful of albums.   That may soon transform into full-blown paid-only exclusives on a weekly basis, however.  Users on Spotify’s ad-supported tier may likely only be able to stream singles from restricted albums.

The gated, premium-only content will serve as an incentive for users to sign up for Spotify Premium.

Major labels have yet to restrict albums.  However, once the Spotify-WMG deal finalizes this September, expect users to sign-up for Premium.  Either that, or wait several weeks to listen to their favorite albums.