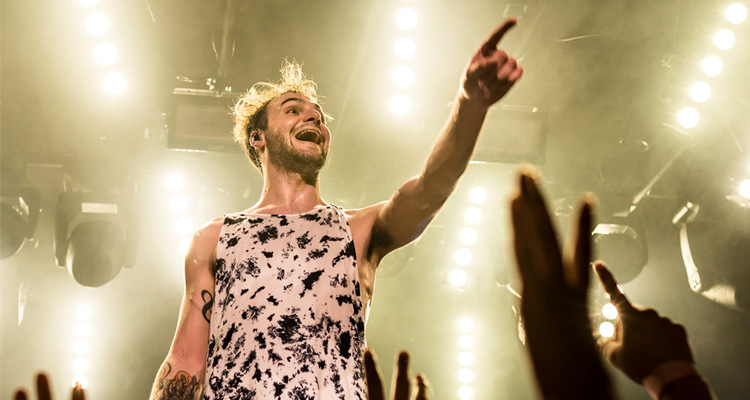 I can’t tell you how many artists I see on Spotify with hundreds of thousands or millions of streams, but can’t get even 100 out to their local (or any) shows. Or get anyone to back their crowdfunding campaign. Or support them in any way whatsoever. These listeners are not fans of the artists, they are fans of the playlist these songs got included on. You must understand this new world of streaming we are in. 10 million plays ain’t impressive anymore. Know what is impressive? Bottom lines.

The days of the big break are pretty much over. Labels don’t sign unproven acts with nothing going on. Labels want a sure thing that already has built it on their own. Oh and labels don’t offer million dollar (or six figure) advances anymore to new acts. If you’re waiting around to be discovered and aren’t taking your career in your own hands, you will be waiting till you’re dead.

3) Your Branding and Story Is More Important Than Your Music

This is a hard pill to swallow for every artist. But the ones who not only accept this reality, but approach it head on are the ones who jump leaps and bounds past their counterparts. People judge you based on your aesthetic, story and image long before they hit play on one of your songs – if they even make it that far. Your branding (which includes your image, your story (!!), and really your overall aesthetic) are what non-musicians (bloggers) talk about. They ain’t talking about your drum tones, syncopated rhythms, plugins or mix techniques.

Oh really, you have 100,000 Instagram followers? Cool. Oh, you can’t pay your monthly bills? Not so cool. Everyone knows followers AND engagement can be bought. Follower numbers aren’t as impressive as CONVERSION numbers. How many people are actually backing your crowdfunding campaigns, showing up to your shows, buying your merch? Just because you got bots to Like (and comment) on your shit means nothing. Well, it means you’re desperate and have no desire to make a living with your music. Bots don’t come to shows. Bots don’t buy your merch. Bots don’t back your crowdfunding campaigns. Bots don’t support you in any way financially. Bots don’t help you become a full-time musician.

We are now living in a post-follower count reality.

Don’t tell me how many followers you have. All I care about are how many fans you have who are willing to support your career.

5) Making It No Longer Means Superstardom

It is the most exciting time to be a musician in the history of the music business.

Never before could you have a successful career as an original performing musician without the help of a record label. There are more ways than ever before to make a living as a musician. For some reason to many, music seems to be the only industry where the sole definition of ‘making it’ is superstardom. Don’t waste your time with people who think that. If you are making a living, supporting the kind of lifestyle you’d like to have, doing something you love then you are making it. Anyone who tries to belittle your success is unhappy with their own. F*ck em.

Don’t make music you think people want to hear. Make music that is meaningful to you. You can find your audience. Or rather, the audience will find you if you market it properly.

You don’t have to be a pop musician if you don’t want to. Yes, if you want to be a pop musician, then it’s a lot easier to follow musical trends. But chances are, by the time you’ve put out your record that trend will have shifted and you’ll be behind or simply a “me too” act which will be tired and boring. Make the music that moves you and makes sense to you BUT make sure you know where to find that audience. You don’t need 100 million people to listen to your music. You only really need a thousand or so true fans to support you for life. Go to them. Find them. Nurture that relationship. Respect them. Build your community.

There is no one way to make it in music anymore.

There are musicians who make six figures getting their songs synched to films, TV shows and ads with no Instagram or Twitter to speak of. There are people who make good livings touring colleges or house concerts with very little to show online. There are composers scoring for TV shows and films. There are freelance musicians who aren’t on any social platforms. There are producers who have recently been labeled as ‘fake artists’ because they don’t have an internet presence anywhere outside of Spotify (where they have millions of plays) and are getting paid by a production house to pump out these highly playlistable songs.

There is still a physical world out there where money can be made. You have to find what makes sense for you and how you want to structure your music career.

“How do you get a record deal? Don’t try to get signed. Try to become popular first.” – Avery Lipman, President of Universal Republic Records

If your goal is to get signed, then you’re going to miss. If after building your career on your own to a level where labels are begging to work with you, then, and only then, should you decide if it’s the best move for you.

9) You Can’t Trump Talent With Tech

Yes, 18 year old Steve Lacy produced a song (and played on) Kendrick Lamar’s new Platinum record DAMN with just his iPhone, but that doesn’t mean all you need is an iPhone to make a Platinum record. You, of course, need talent. Just because you can make an entire record on your iPhone doesn’t mean it’s going to sound good or compete. Whether you’re working out of a giant, state of the art studio or in your bedroom, never settle for ‘good enough’ and attempt to cover up your lack of chops with tech. It may fool your parents, it ain’t gonna fool your musical peers who matter.

And the flip side of that, of course, is that if you have the talent you don’t need all the bells and whistles of a gigantic studio. Know who cares that you tracked Neumann U47s through the same Neve console as John Lennon? You do. Nobody else. All anyone cares about is what your record sounds like – not what studio it was recorded in. Not what amps or mics you used. Stop wasting your money.

If you can get the sound you need from your bedroom, there’s no need to drop $1,000/day just for bragging rights.

11) If All Your Eggs Are in Instagram You’re Doomed

Yes, Instagram is the hottest social app out right now (sorry Snapchat). But that doesn’t mean it always will be. I’m sure you’re too young to remember Myspace, but at one point the only online presence that mattered for musicians was Myspace. Those that didn’t grab their fans and transfer them to a database they owned (i.e. email list) lost contact with all their fans when Myspace died.

You rent your fans to social sites. You own your fans email addresses and phone numbers. Get them.

Don’t ignore the social sites where your fans exist, but also have a way to keep in touch with them that isn’t dependent on the whims of the latest hot social app.