The Average Hit Song Has 4+ Writers and 6 Different Publishers 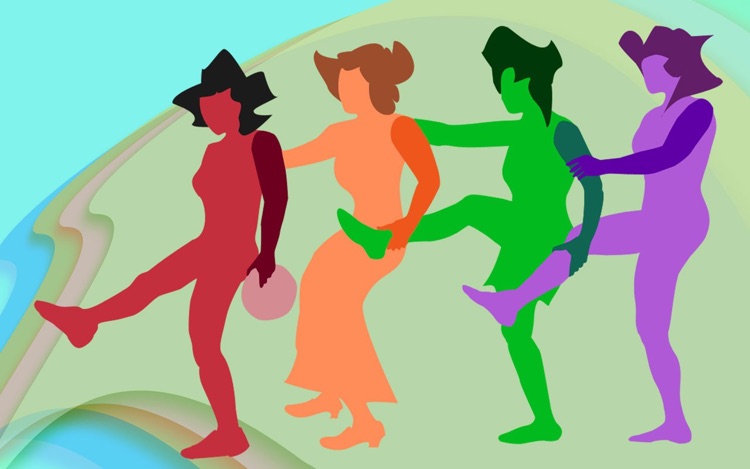 Want to create a hit song that will get you on the Billboard Top 10?  Then you’re gonna need a committee.

According to a new study, the number of writers and publishers on hit songs has increased substantially.  In the 1960s, an average hit song on the Billboard Top 10 had an average of 1.87 writers and 1.68 publishers each year.  Songwriting duos were common, and creativity a simpler endeavor.

Now, popular mainstream songs have (on average) at least four writers and six publishers each.  And that, ladies and gentlemen, underscores the challenge that the music industry faces in licensing and rights administration.

Using data from its Songdex catalog registry, Music Reports dug into Billboard’s annual Top 10 hits.  They analyzed the registry by decade, from the 1960s until the 2010s.

This wasn’t a straight line increase.

In the 90s, the number spiked to an average of 3.13 writers and 3.49 publishers per top 10 song.  Incidentally, the change coincides with the rise of digital music formats, such as the MP3.  Napster also launched in 1999.  All of which ushered in an era of massive data overload (and that’s before streaming took hold).

Consumers quickly adopted digital music formats, resulting in a “market need for registration, licensing and reporting systems,” says Music Reports.  In the 2000s, Billboard Top 10 hits had an average of 3.50 writers and 4.96 publishers each year.   The music industry couldn’t support the increased complexity in music rights ownership.  It also wasn’t prepared for the “exponential consumption” of digital music.

This past decade, streaming has emerged as a major source of revenue for record labels.  Using its Songdex catalog registry, Music Reports noted that Billboard Top 10 hits saw an average of 4.07 writers and six publishers.

Speaking on the data, Bill Colitre, Music Reports’ Vice President and General Counsel, noted the complexity of music licensing in the new millennium.

“Looking at the Songdex data, what’s particularly interesting is that the increase in the average number of publishers per song is even greater than that of the number of writers.  This analysis underscores why music licensing, administration and royalty accounting is such a specialized area, and if a company can’t maintain a refined, reliable database like Songdex – for all music, whatever the era – they run a real risk of missing critical rights information.”

You can find the breakdown of average writers and songwriters for Top 10 hits by decade below. 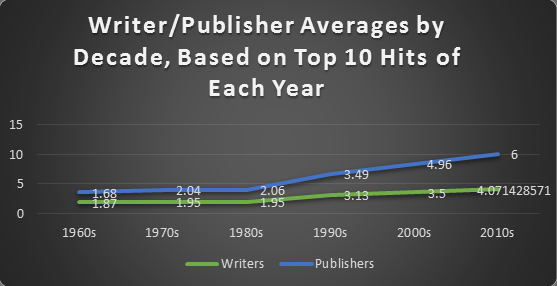