War Erupts Over Whose Global Music Rights Database Is Better 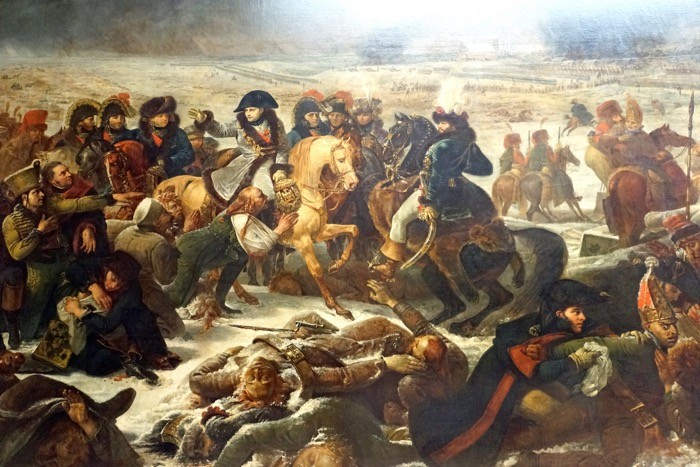 Who will launch their shared music database first? The RIAA? ASCAP and BMI? Congress?  Welcome to the music industry’s self-destructive data war.

Music data, ownership records, and a horde of licenses remain wildly disorganized.  Three weeks ago, Congress proposed a global, centralized music database to ensure that artists get paid on every streaming platform.  And, every other platform — digital, physical, and analog — for that matter.

It was an ambitious first step.  But just one of several competing database initiatives.  And the beginning of a pernicious intra-industry war.

Within days, performance rights organizations (PROs) ASCAP and BMI announced that they had started work on a joint authoritative music database.  Now, the RIAA and the NMPA have shared news of their own music rights database initiative.

And here’s the best part: all of these initiatives are now fighting against one another.  Even though each contains critical pieces for a successful, global, industry-wide resource.

According to sources who spoke to Billboard, the RIAA and NMPA just started discussions on their music rights database.  The talks remain in the early planning stages.  However, both organizations purposefully excluded ASCAP and BMI, as well as other PROs, from talks.

“[ASCAP and BMI] seemed resistant to the issue previously and we don’t know how they would react now.  But we didn’t want to take the chance of them frustrating the process.  We wanted to make sure we could get out of our own way first before we invite in other parties.”

Under the ASCAP and BMI initiative, the joint database would first feature songwriter data from both PROs.  Other PROs, including SESAC and Irving Azoff’s GMR, would be invited to join later.

The RIAA and NMPA derided ASCAP and BMI’s initiative to clean up and merge their own databases.  Yet, an executive within the PROs called out the apparent ‘hypocrisy’ in criticizing them.  “[It’s] hypocritical, considering it’s the very same thing that the NMPA and RIAA appear to be doing,” the source stated.

Not only do ASCAP and BMI face criticism over their database plans from within the music industry.  Political trade groups have also slammed their joint initiative.  The MIC Coalition, a lobbying group representing the tech and radio sectors, lambasted the PROs.

In a statement, the group said that only Congress has the authority to create a global centralized music rights database.

“We appreciate that ASCAP and BMI recognize that there is a problem in the current music licensing system.  But what they are proposing is not a complete solution.  Only Congress has the ability to create a neutral, reliable and comprehensive database.  That’s why the MIC Coalition strongly supports the Transparency in Music Licensing and Ownership Act introduced by Congressman Sensenbrenner (R-WI) and Suzan DelBene (D-WA).”

“If BMI and ASCAP were serious about establishing a music database, not only would they have spoken to my office and other interested members of Congress about their plans, but they would have also included their fellow PROs in the initiative. With their announcement today, they are grasping at straws; trying to maintain power over a failing process that only serves their interests, not those of the American consumer.”

Within the music industry, music publishers have also decried the PROs’ database initiative.  They blame organizations like ASCAP and BMI for “impeding years-long industry efforts to build [a shared music database.]”  Speaking with Billboard, an unnamed publisher said,

“Up until they started doing direct digital licensing, [PROs] had no incentive to manage their databases effectively, since they were paid through the blanket licenses and by the label.”

Previously, plans to establish an authoritative global music database have fallen through.  The Global Repertoire Database (GRD) initiative collapsed once PROs withdrew from the project.  The organizations claimed that they couldn’t afford the “exorbitant costs” needed to build such a database.  They also disputed the GRD’s planned management structure.

But is that what really happened?  Others, however, pinned the blame solely on PROs themselves.  Critics claimed that the rights organizations only sought to protect their own business models.  The GRD, they said, threatened to harm their bottom line.

Defending against criticisms after pulling out from the GRD initiative, a PRO executive said,

“The GRD was good in concept and extremely horrific in execution.  If it continued further, it was going to become a Harvard study on wasting money.”

Battle IV: The RIAA+NMPA vs. Congress

“I am a firm believer that we need more transparency and better data in music licensing.  It should be done in the private market, not by the government, and it should be done industry-wide, not in a fragmented way.  We will be on the losing side of history if we count on the preservation of a music licensing system where ownership information is treated as a confidential valuable commodity.  We should be working to increase the value of songs, and transparent data can only help in that fight.”

“How they think they will be able to build a database with the major publishers and without ASCAP and BMI is beyond me.”

Underscoring the difficult task that the RIAA and the NMPA will undertake, another PRO executive added,

“Do you think that Sony/ATV, Universal, Warner, Kobalt and BMG’s data on the songs they own with the others match each other?  Good luck to the NMPA/RIAA in trying to get that right and then add in data from the other 60,000 music publishers without the PROs.”

So, what happens next?

Congress, trade organizations, lobbying groups, and top music executives agree on the need to create a comprehensive music rights database.  However, with so much infighting involved, how will the organizations (and the government) agree on which one to create?

If each group creates their own music rights database, which one would the industry respect?

ASCAP and BMI hope to launch Phase 1 of their joint music database by the end of 2018.  Congress has yet to tackle the Transparency in Music Licensing and Ownership Act (and they may never get around to it).  The RIAA and NMPA’s joint database still remains in early planning stages and may never take off.