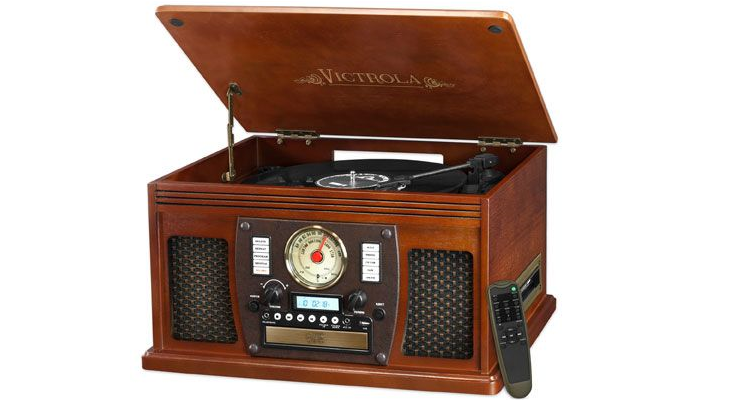 According to the NPD Group, the vinyl turntables market hit the $98 million mark between February 2016 and February 2017.   But much to the chagrin of vinyl purists, however, consumers mostly purchased inexpensive faux-vintage turntables.  Or, sub-$100 all-in-one vinyl+speaker combinations.

Perfect for the casual vinyl user.  Anathema for the vinyl purist dropping $1,000 on a well-balanced platter.

Enter Innovative Technology Electronics Corp., which led overall sales with their retro-styled Victrola turntables.  Actually, the company purchased the fabled Victrola name, with a modern consumer electronics twist.  All of that is paying off, with people reacting to the old-style feel in spades.

Both are poised to make big, big profits this year — especially as the holidays approach.  Three years ago, Innovative Technology Electronics reported overall turntable sales of $39 million.  They had a market share of 24% in 2015.  The company had a 34% share last year.  The company expects this year’s sales to approach close to $100 million (for just themselves).  Innovative Technology first acquired the Victrola trademark in late 2015.

But why are they winning?  Speaking on the company’s success, NPD industry analyst Ben Arnold said,

“They’ve been effective at timing the market, seeing there was a lot of buzz around turntables.”

Of course, bolstering all of this is a surging consumer interest in vinyl records.  Market tracker Nielsen reports that last year, vinyl LP sales reached 13 million units in the US.  2016 marked the eleventh consecutive year that vinyl LP sales have increased.  Some think it’s all a fad, but the rest are making money off the surge.

Accordingly, there’s more investment happening in this space than we thought.  Last June, RAF Industries, a private equity firm, acquired a majority stake in Innovative Technology.  Neither companies disclosed the financial terms of the deal.  However, RAF Industries usually acquires companies for under $150 million.

Lieblien said that the company is currently working with distributors across the UK, South Africa, New Zealand, and Australia.  It hopes to establish a strong presence in those countries.

“Two years ago, we had no e-commerce presence.  We’ll be in nine countries by year’s end.”