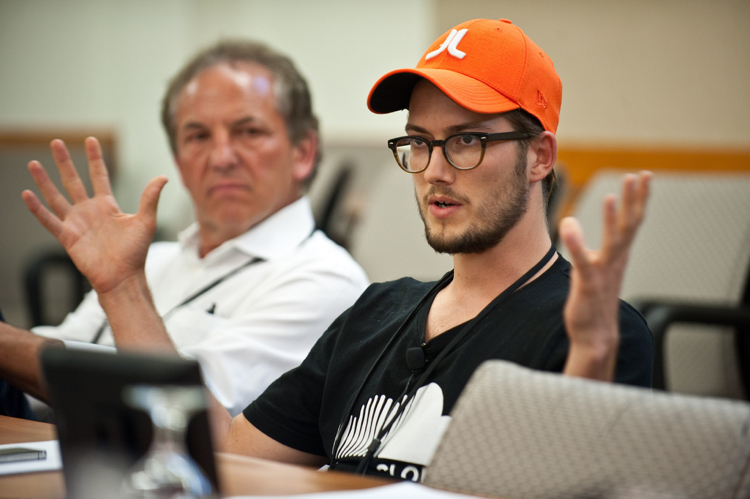 It was a rollercoaster week that almost plunged SoundCloud into bankruptcy.  Now, the company’s founder and fired CEO, Alexander Ljung, has issued an official statement following a last-minute bailout.

Over the weekend, Ljung issued this memo to employees and loyal followers.

Exciting news and the future of SoundCloud

Recently you heard me say SoundCloud isn’t going away.  And today I’m here to tell you the exact same thing once again.  In all caps.

I’m happy to announce that together with investors The Raine Group and Temasek we’ve just wrapped up the largest financing round in the history of SoundCloud.  This financing means SoundCloud remains strong & independent.  As I said, SoundCloud is here to stay.

Over the last few weeks, I’ve been moved by the outpouring of commentary around SoundCloud’s unique & crucial role in driving what global culture is today (and what it will become tomorrow).  You’ve told me how, without SoundCloud, there would be a giant gaping void in today’s world of music.  We can’t have that, and I’m happy to once again say that won’t be happening.

I’m excited to also announce that this new partnership also brings talent to our family.  From prior Vimeo-fame (a platform we love!) comes Kerry Trainor and Mike Weissman, two awesome leaders who will be joining as CEO and COO, respectively.

After a decade of balancing the roles of Founder, CEO and Chairman I’m excited to hand the CEO reins over to Kerry to allow me to fully focus on the role of the Chairman and the long-term.  This, I know, sets us up as an even greater team  for the decade(s) to come.

Ten years ago, this company was just an idea Eric [Wahlforss] and I bounced around.  Today it’s a platform essential to the shaping of songs, artists, genres and global culture.  I can’t fathom how we’ve been so lucky as to create that.  But what’s even better is this: we’re all just getting started.  The first 10 years are done, and now we’re onto decade II.

SoundCloud, just like music, will continue to evolve, but importantly, both will always be a key part of life.