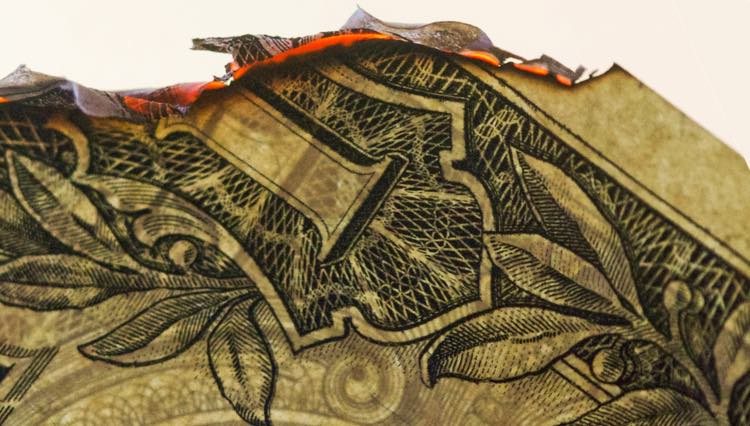 Is YouTube seriously paying $3 for every 1,000 views?  Or is that just another ‘alternative fact’?

How much does YouTube really pay?  Welcome to the million-dollar question for musicians, studios, and rights owners everywhere.  Or, shall we say, the million micro-penny question.

Just last week, a crack of clarity seemed to poke through the frustrating fog.  Lyor Cohen, YouTube’s Global Head of Music, finally wrote a concrete number down for the world to see.  Here’s what Cohen wrote last week in a broader blog espousing YouTube’s beneficial role for the music industry:

“Artists and songwriters need to truly understand what they’re making on different platforms. It’s not enough for YouTube to say that it’s paid over $1 billion to the industry from ads. We (the labels, publishers and YouTube) must shine a light on artist royalties, show them how much they make from ads compared to subscriptions by geography and see how high their revenue is in the U.S. and compared to other services.

“For instance, critics complain YouTube isn’t paying enough money for ad-supported streams compared to Spotify or Pandora.  I was one of them!  Then I got here and looked at the numbers myself.

“At over $3 per thousand streams in the U.S., YouTube is paying out more than other ad supported services.”

Earlier, YouTube executive Robert Kyncl has flat-out refused to offer any concrete payout figures.  Instead, Kyncl leaned on a vaguely-gigantic sounding ‘$1 billion’, which the executive claims YouTube had paid content owners over the past 12 months.  “In fact, in the last 12 months, YouTube has paid out over $1 billion to the music industry from advertising alone, demonstrating that multiple experiences and models are succeeding alongside each other,” Kyncl stated in December of 2016.

Cohen also tossed around the ‘billion’ figure as well, multiple times, and for good reason.  It simply sounds so damn big, while demanding so little detail.  “YouTube’s ads hustle has already brought over a billion dollars in 12 months to the industry and it’s growing rapidly,” Cohen parroted, with a sprinkle of street slang tossed in.

All of which makes this more concrete number a breakthrough.  Except: is anyone actually getting paid that handsome $3 payout?

Definitely not this artist, who kindly shared his YouTube royalty statements with Digital Music News earlier this year. 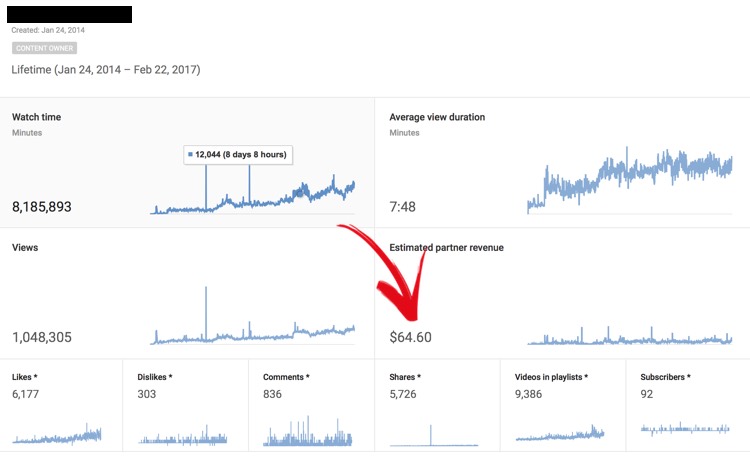 Surely, there must be an error?  We asked the artist, who opted to remain confidential, and he informed us that all of these plays were ContentID enabled.  Moreover, the figure was largely in line with the previous year’s figures.  “Last year was nearly half a million views at $27,” he said.

So this isn’t an aberration or some calculation error.  It’s a consistent average for an artist earning ContentID-enabled, high-engagement views: 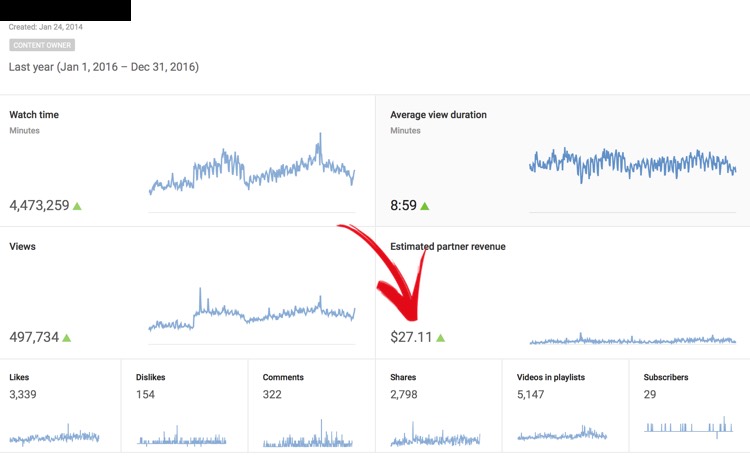 We’re not experts in YouTube payouts (though we know some people who are).  But these actual figures seem so wildly off the $3-per-1,000 mark, they raise questions over who — if anyone — is getting paid that much.  Indeed, at $3-per-1,000 views, a content creator with 1 million monetized views would earn $3,000.

There is one detail worth mentioning here.  In his post, Cohen specifically noted that the $3-per-1,000 views figure was for US-only views.  ‘Developing nations,’ on the other hand, earn far less.  After quoting the bombshell $3 payout figure, Cohen hedged as follows:

“Why doesn’t anyone know [the $3-per-1,000 views royalty figure]? Because YouTube is global and the numbers get diluted by lower contributions in developing markets. But they’re working the ads hustle like crazy so payouts can ramp up quickly all around the world. If they can do that, this industry could double in the next few years.”

That said, the explanation leaves out everyone in-between.  For example, Norway is by no means a ‘developing nation’. But per capita, Norway is far richer than the US.  So what does an artist earn from 1,000 views in Norway?

But we can say this: across the board, US-based advertising fetches a far higher premium online.  We know this at Digital Music News simply by looking at our advertising payouts.  It’s not a secret in the advertising world, by any means.

The question is whether YouTube’s ‘ad hustle’ can fundamentally tilt the disparity between developing nation payouts and US-based payouts.

And, whether that US-based payout figure is actually real.