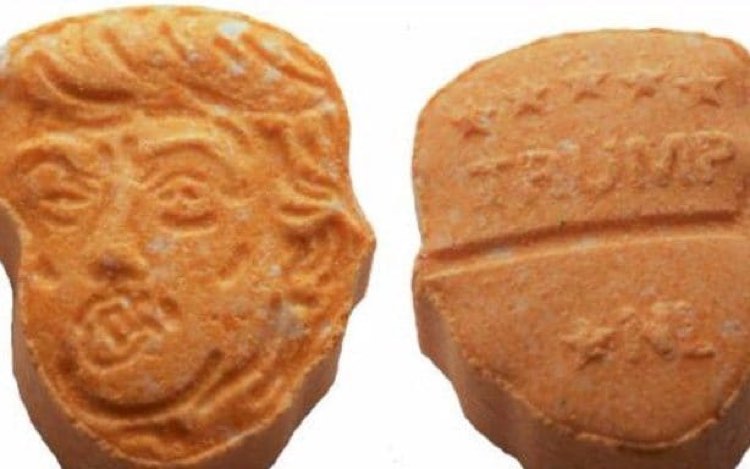 Want to stand out in the crowded ecstasy market?  One guy’s brilliant marketing idea was a little too successful.

Say what you will about hawking ecstasy to ravers.  Like all drugs, dealers exist because demand exists.  And when it comes to ecstasy, there’s lots of demand, and lots of competition to satisfy that demand.

Which is why certain ecstasy dealers are inventing little gimmicks to set themselves apart.  Unfortunately, the idea of a Donald Trump ecstasy pill worked way better than one dealer had imagined.  And as a result of the extremely high profile and surging interest surrounding these little Trump pills, police quickly seized the supply.

Over the weekend, authorities in Germany confiscated roughly 5,000 Trump pills.

Oh, and a sack of Euros earned from selling a bunch of other pills.  Overall, the confiscated pills carried an estimated street value of €40,000 (or roughly $47,000). 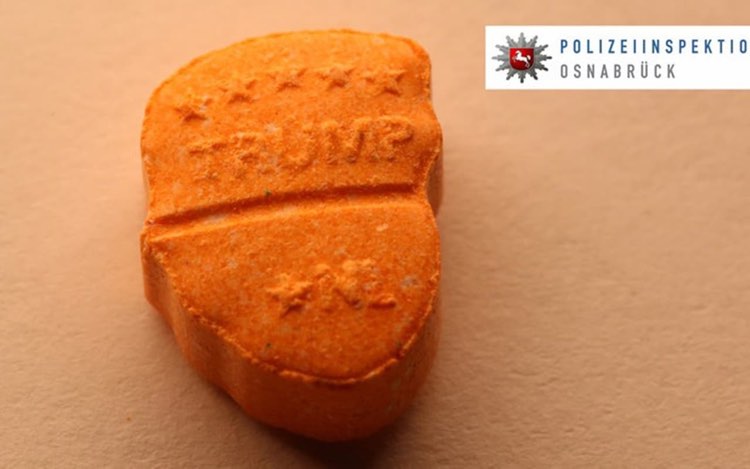 The arrests were made in the German city of Osnabrück, situated in the northwest of the country.  And who was doing the selling?  German police are pointing to a crafty dealer from Austria, who was peddling the supply from the Netherlands.  In fact, the pills themselves have ‘NL’ stamped on the back, indicating an enterprising lab back in Holland.

Whether Osnabrück police will move upstream is anyone’s guess, though there are probably a lot more of these pills floating around.

+ If You Live In a Blue State, You Probably Haven’t Seen This Apple Music Ad

Of course, the Trump concept led to the pills’ popularity and subsequent profile.  Which probably means we’ll be seeing a lot more of these at festivals and raves throughout the world.  Meanwhile, it turns out Americans are already enjoying a Trump trip of their own, without the pills.  But they probably didn’t anticipate the serious side effects.