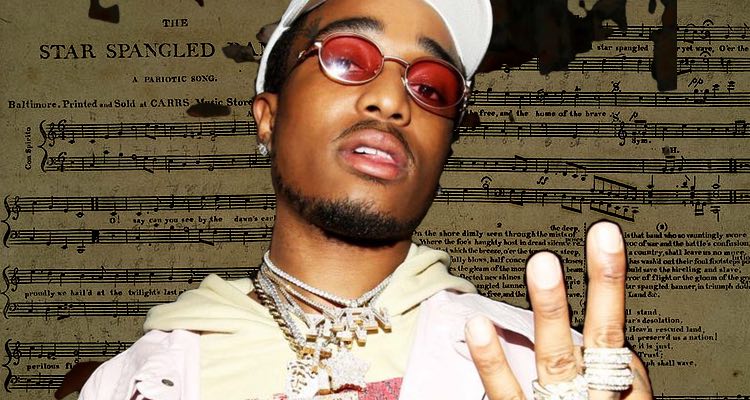 America’s National Anthem is becoming increasingly controversial.  So why not write a new one?

Now, the protests are intensifying.  Just last week, an entire group of Cleveland Browns players took a knee during the Anthem.  But this time, they were joined by a white player, a first for the league.  All of which suggests that the NFL will be dealing with massive protests at upcoming games.

But what if a new National Anthem was created?

Now, there’s a growing petition to do just that.  And you won’t believe who’s been nominated to lead the effort. 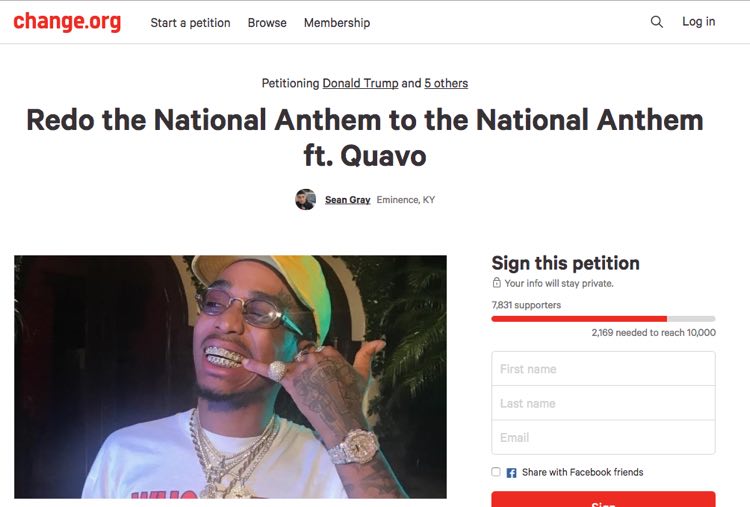 That’s right, the people are nominating Quavo, hailing from the rap group Migos.

This was a spoof at first, playing off Quavo’s constant guest appearances.  And it sounds hilarious, except if you talk to Quavo himself.  Just recently, the rapper expressed serious interest in creating an alternative National Anthem.

In other words: why not a song written after slavery, after the Civil War, and after women’s suffrage?

Nobody wants a Migos song as their National Anthem (no offense to Migos).  But that probably isn’t what Quavo would set out to create.  Instead, the rapper has expressed interest in consulting with other musicians, and creating something that could survive the test of time.

And let’s face it: rappers are just like popular blues, rock, or jazz musicians of old.  Derided by proper society, only to be lauded by later generations.  So why isn’t a talented rapper capable of creating something that lasts for centuries?

In case of Francis Scott Key — an attorney who repurposed a pre-baked melody — ‘The Star Spangled Banner’ has lasted 203 years (and counting).  But it wasn’t officially declared the National Anthem until 1931.  Prior to that point, the song was widely played during patriotic events and ceremonies.

Currently, the petition has nearly 8,000 supporters.  And one thing is clear: Quavo is taking this invitation very, very seriously.