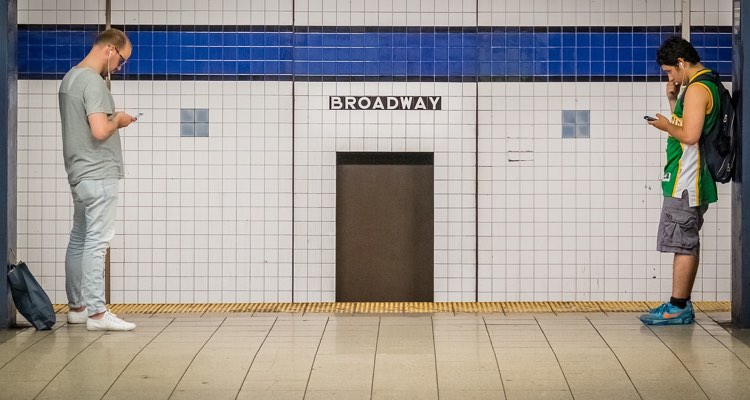 One of these guys is using Spotify (photo: Robert Pastryk)

Here’s another reason why Spotify is fighting back against music publishers.  They’re monstrously huge!  Which means they have a lot more weight and leverage to throw around.

According to details leaked to Digital Music News this afternoon, Spotify has now crossed 150 million active users worldwide.  That is a towering figure that nearly doubles that of Pandora.  And it probably beats underachieving rivals like Google Play Music and Xbox Music (neither company has shared their respective numbers).

The information came from a major content partner to Spotify — and we’ll leave it at that.

But importantly, Apple Music is premium-only, and roughly two years old.  It’s also showing major gains on its iOS platform, so this game is just getting started.

On that note, the source also shared some expected premium subscriber stats.  Specifically, Spotify is ‘moving rapidly’ towards 65 million, though we already knew that.  At the tail end of July, the platform officially crossed the 60 million mark.

That’s an amazing number, and an unthinkable achievement a few years back.  It’s also difficult news for companies like Soundcloud, who have struggled to rally any substantial paying subs.  Then again, Soundcloud still amasses roughly 300 million active users — though that number is sinking.

In terms of announcements, the source had no idea if/when an official announcement would be made.

But Spotify probably won’t trumpet this latest milestone.  And the reason is that it highlights the massive number of free users sitting on the platform.  Just last month, industry sources told Digital Music News that major labels are strategizing to shut down streaming free access tiers.

Looking ahead, the source also noted that Spotify is aiming to reach 75 million paying subscribers by year end.  At a pace of roughly 2-2.5 million new paying subscribers a month, that could be possible   Adding some jet-fuel to that pace are two factors: year-end gifts of a Spotify subscription, and a greater push towards low-cost plans.  That includes a recently-launched student bundle that packages Hulu for a cool $5 a month.