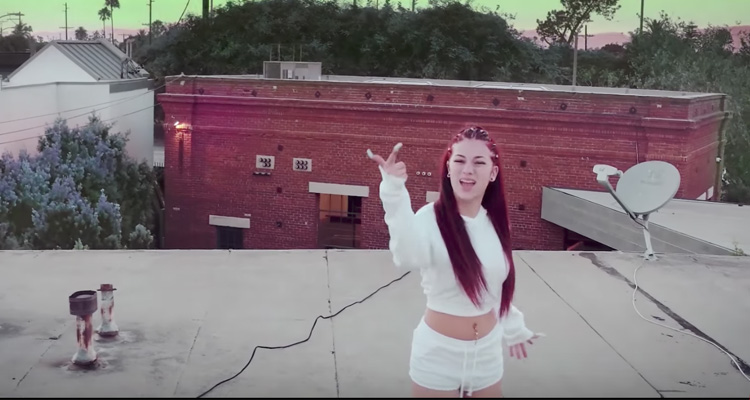 And most don’t even realize this. It has been a long time coming.

One, you have the traditional music industry. I call it the Superstar Business. And it’s run by the major labels. For a while now, of course, they have been solely focused on how to make the most amount of money in the shortest amount of time. This year. This week. This day. This moment.

Their vision and strategic timelines have been getting shorter and shorter. Gone are the days where a Columbia records sticks it out through two failed (full length) albums because they believe in an artist – like what happened with Bruce Springsteen.

Now the majors won’t even sign you unless you’re already proven — with the numbers to tout.

If you hadn’t lost all respect for major record labels yet, well you have now. Atlantic Records just signed someone who is not a musician.  Is not a rap “artist.”  Is not any more talented than the next 14 year old kid who can kinda rap.  But has a following. A massive one at that.

If you have been living under a rock the past week, you may have missed that Atlantic Records just signed (a 360 deal no doubt) Danielle Bregoli  (a.k.a. Bhad Bhabie) — who got shot to stardom by her colorful appearance on Dr. Phil.  The “Cash Me Outside” meme (and remix) was born.  And in true Kardashian fashion, she has since gained millions of Instagram followers.

We live in a capitalist society. So this is all fine and dandy I guess. But don’t think for a second that when you (or your artist) sign to a major that you will get some personalized attention because you have some artistic purity or integrity. Or because you think your music is great. Unless you’re going to make them a lot of money this year, don’t even bother walking in the front door

Myself included. You don’t need to buy records today to do this. All you need to do is head over to YouTube or Spotify and play the song for free. And Billboard tracks every stream. 1,500 streams equals a Streaming Equivalent Album (SEA) purchase – hence the Billboard charting. Let’s note that although she hit #1 on the US Viral Charts on Spotify, no one is buying her song on iTunes – she didn’t even crack the top 200 trending songs as of Monday (2 weeks after the release).

Yes, she has millions of Instagram followers. But I consider fans to be those who would actually spend money on their favorite artists. Attend concerts. Buy merch in a non-ironic way (see “Cash Me Outside” sold out Ts).

Or maybe she does have fans. I suppose she is perfectly emblematic of American culture right now: Led by a bombastic misogynist as President supported by an aggressively anti-PC base.

What do we expect? We live in a reality TV nation — where people believe the way to “make it” in music is to either win a TV singing contest or go viral and get signed to a major record label.

When in reality this doesn’t prove to be a path to sustained success in the music industry.

And the major record labels know this.  And really don’t give a flying fuck.  They are set up that way.

The major labels are in the business of making money — not developing or showcasing talent. Period.

So get rid of that misconception.

And what is the other music industry existing right now? I call it the New Music Business. And it’s much more encouraging.

It is an industry existing completely outside TMZ culture. One that is not being written about by any of the culture rags. Or even Billboard very often. Because it’s not very sexy.

It is the industry of the independents. The working musicians. The DIYers damning the system and proclaiming they are not in it for quick fame and instant success, but because music is at the core of who they are. And they would rather build a career than chase fame.

There are literally tens of thousands of independent musicians, managing sustainable music careers, making middle class livings (or oftentimes 6-7 figure incomes), who you have never heard of. And Variety or TMZ will never write about.

Every creator on Patreon. Every artist touring clubs and theaters. Every musician running Kickstarters and PledgeMusic and IndieGoGo campaigns. Every indie artist making a living licensing songs on TV shows, commercials and films. Every artist making a music career happen in a creative way in 2017. There’s no one way to make it in the New Music Business. There are a hundred. And you haven’t heard of 95 of those ways. None of them have to do with getting signed to a major record label.

Because this is the new industry we are living in.

The “other” music business. The New Music Business is not supported by the major record labels. It’s not about a hit, but a career. It’s not about capitalizing on hilarious memes, but building relationships with fans.

I don’t care about Bhad Bhabi. And neither will anyone else (especially not Atlantic Records) in 3 years time. I’m not going to trash a 14 year old. That’s not cool no matter what you think of her or her perceived success.

Getting signed by a major record label is NOT a marker of success.

When 99% of all acts that get signed to major record labels fail (i.e. do not recoup the cost of their advance and get dropped), the odds are actually worse for you if you attempt to work within the traditional music industry. You might as well go and buy a lottery ticket.

So, both of these industries are existing. Simultaneously. One run by musicians defining their own career destinies.  And the other by money-hungry opportunists.  Which do you want to be a part of?