The Beastie Boys Got a Pass the First Time. Now They’re Just Hypocrites. 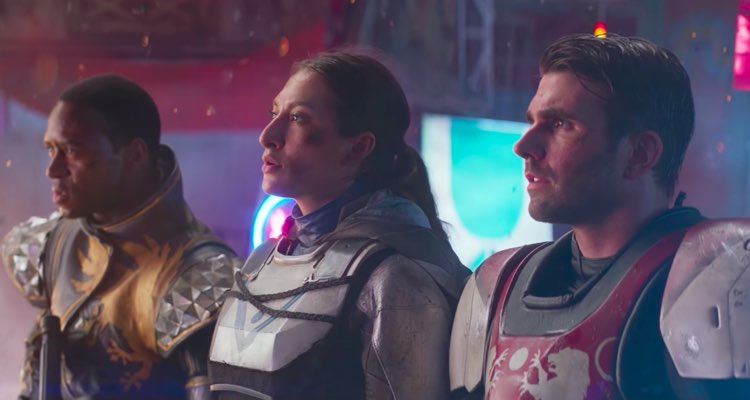 Trailer from Destiny 2, which features the Beastie Boys hit, ‘Sabotage’

The Beastie Boys are one of my favorite groups of all time.  But they’ve officially sold out.

What part of ‘never’ did the surviving Beastie Boys not understand?

When founding member Adam Yauch (aka MCA) died in 2012, he asked the surviving members to promise him one thing.

Never, ever license the band’s music for commercial purposes.

“Notwithstanding anything to the contrary, in no event may my image or name or any music or any artistic property created by me be used for advertising purposes.”

Which basically means: never, under any circumstances, link the music we created with a commercial.  The language was specifically drafted by a lawyer to preclude any other circumstances or contradictions from interfering with that wish.

All of which makes a little difficult to watch this trailer for Destiny 2.

Fans will immediately identify that track in the background.  It’s ‘Sabotage,’ which of course features Yauch.  It was a massive track for the group, and it’s a major song in the Beastie Boys catalog.  You could even say it’s part of the group’s legacy.

So why is it being used to help to sell a major game?

After all, that’s what a trailer is: an advertisement for a high-budget multi-player game.  The trailer is designed to make this game millions, if not hundreds of millions.  And a track like ‘Sabotage’ will help them do it by stirring the kind of adventurous spirit that Destiny 2 is going for.

And there’s nothing wrong with that.  People will be entertained, and pay for it. Except: Adam Yauch didn’t want the Beastie Boys to ever be a part of that process.

But wait: this isn’t the first time.

Last year, I was blasted for even suggesting that the Beastie Boys were doing exactly the same thing with a movie trailer.  That’s when the exact same track — ‘Sabotage’ — was used to promote Star Trek Beyond.

What makes this even worse is that the Beastie Boys have sued other companies for using their music without permission.  Of course, there’s nothing wrong with seeking legal action for a copyright breach.  You should get a license.  But in its litigation against GoldieBlox — a company that decided to use the Beastie Boys track ‘Girls’ without permission — the group restated their intentions to never advertise.

Yeah, this is what the group stated in their lawsuit:

“Make no mistake, your video is an advertisement that is designed to sell a product and long ago, we made a conscious decision not to permit our music and/or name to be used in product ads.”

Similarly, the Beastie Boys blasted Monster Energy in a $1.7 million copyright infringement lawsuit.  The band refused to license, and cited ‘irreparable damage’ and the wishes of Yauch.  In fact, the exact words of his will were repeated in front of a judge and jury, and may have contributed to the Beastie Boys victory.

I’ve heard a million explanations for why this latest use is legit.  That includes the assumption that Yauch ‘would be cool’ with the use of ‘Sabotage’ these two high-budget trailers.

Maybe.  Or, maybe the old adage is true: there’s a price tag for everything.