‘Storm Festival’ In Shanghai Abruptly Canceled — Because of a Storm 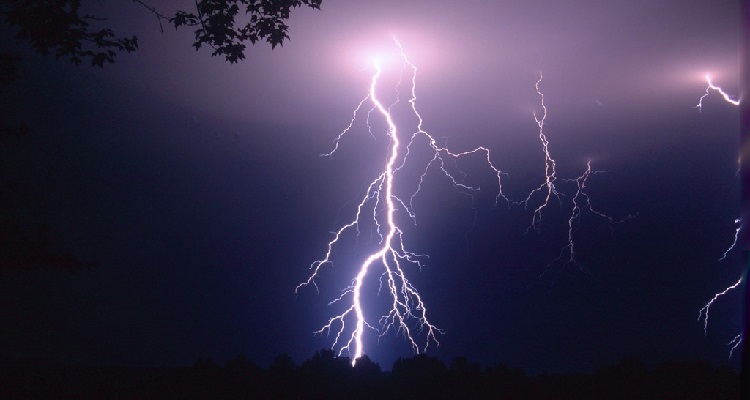 This year, the Storm Festival definitely lived up to its name.

So, how did the festival fare this year?  Well, not so well, thanks to a very special uninvited guest: Mother Nature.

This year, Storm Festival organizers had everything set.  The Chemical Brothers would headline the monumental festival held near Shanghai Disneyland Resort.

Yet, right before the event, meteorologists issued weather warnings.  A severe thunderstorm would pass through Shanghai.

Unfazed, brave fans attended the event.  However, upon arriving, they first found Swedish DJ duo Axwell and Ingrosso absent from the stage.

Worried fans immediately took to the duo’s Instagram page, where the artists had promised to livestream their performance.  They complained that the duo hadn’t shown up.

“Due to the heavy rain, the official asked to cancel the festival, oh my axwell crying.” 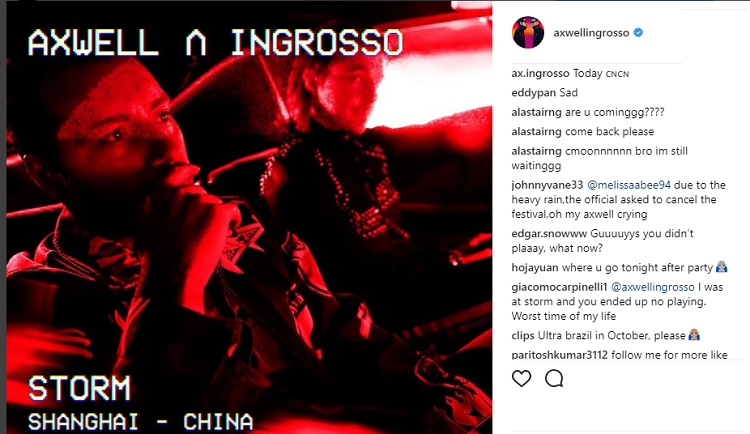 Then, The Chemical Brothers didn’t appear on stage for their set.

They took to their Instagram page to apologize for their abrupt cancellation. 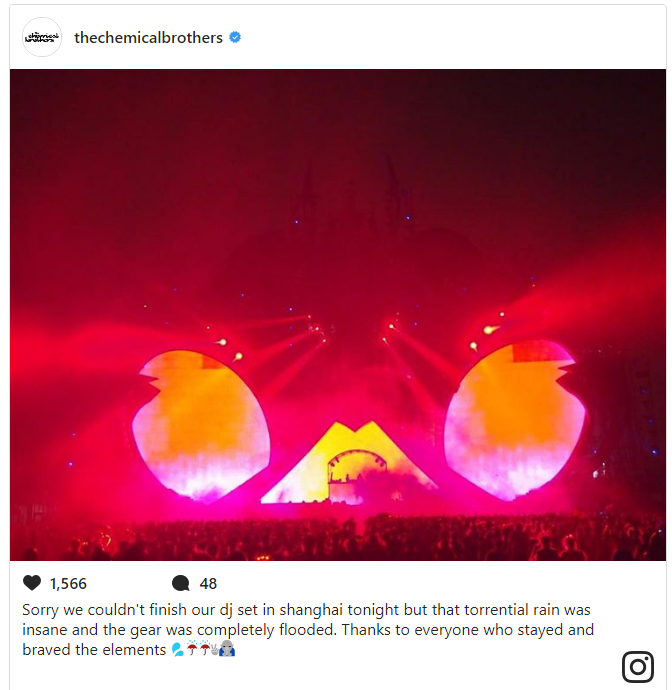 Storm Festival staff rushed to protect music equipment from the downpour, wrapping them in plastic.

In a statement on Facebook, organizers lamented having to end the Storm Festival in Shanghai early.  They explained that local government authorities abruptly cancelled the show.

“Hours after the Storm, we are still not quite willing to accept this unfortunate news.

“We’ve been preparing this festival for a whole year.  So many sleepless nights, and all of us have worked so hard for this one splendid moment.

“The preparation of 2017 Shanghai Budweiser STORM started from early 2016.  After more than 500 days and nights, we finally made it to all the fans in Shanghai on September 23rd, 2017.  Even though it’s a rainy weekend, the enthusiasm of our audience never decreased.  While trying to present a perfect show to you, we were paying close attention to the weather conditions, while planning a safe environment for you to enjoy.

“At 19:45 of September 24th 2017, we received the official “Yellow Warning Signal” from the meteorological bureau.  As the storm increased, so did the potential thunder threat as well, which seriously influenced our artist’s performance and jeopardized the equipment operation and safety, resulting in the inability for our artist’s to continue.

“Meanwhile, to ensure the safety of our audience who love music and Bud STORM, we were forced to accept the decision of the local authorities to stop the show early.

“Some unique moments only last a second, but just like our loyal audience that stood by us in the unfortunate weather today, we never once thought of turning back.

“2017 Shanghai Budweiser STORM thanks you for being there with us.  While unfinished work is never our goal, we appreciate the opportunity to stand next to you in the future.  Many thanks, and much love,