Is Apple Slowing Down Your iPhone to Make You Upgrade? 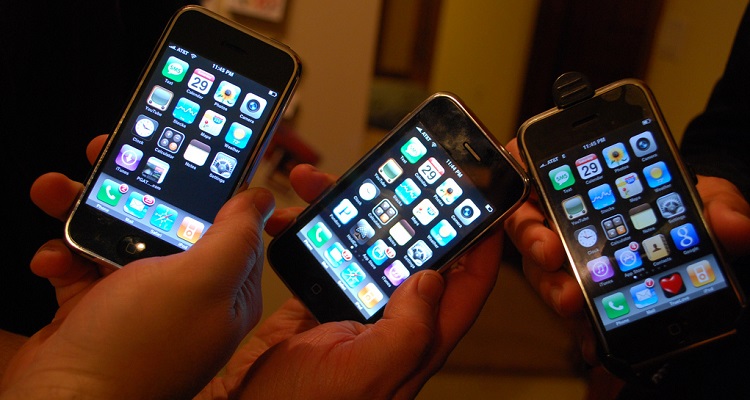 Is Apple resorting to unfair tactics to get you to upgrade your iPhone?   We traced this little ‘theory’ back to Harvard University.

According to an article posted two weeks ago by the Anon Group, a study proves that Apple purposefully slows down older models upon the release of a new iPhone.

The group linked to research done at Harvard University.

All of which seemed to confirm consumers’ worst fears:  Apple slows down older model iPhones to get you to upgrade.

Others offered hard proof.  In fact, over at TechWorm, writer Vijay Prabhu jumped on the news.

“I own an iPhone 6s and I do feel that it has slowed down.”

So, what really happened?

A Harvard University study does exist.  But, it doesn’t prove that the hardware maker employs this tactic.

Rather, in the study, a student found that searches for “iPhones slow” skyrocket with the release of a new iPhone.  In other words, people merely feel that their smartphones have slowed down.

This is due to several factors.  When Apple releases a new iPhone, they usually release a new iOS version with higher hardware demands.  On older handsets, the firmware usually runs more slowly.

With iOS 10, Apple phased out support for multiple iPads and early generation iPhones.  Users that owned an iPad 2, for example, could only upgrade to version 9.3.5.  They could no longer download apps and games that use the latest firmware.

Some people have accused Apple of purposefully releasing new firmware optimized only for newer handsets.  Thus, they claim, to take full advantage of a newer iOS version, consumers will have to upgrade.

Without providing any specifics to an “online consumer group” that has actively criticized Apple, Vijay Prabhu wrote,

“This is called ‘planned obsolescence’…[where] a company slows down its product so that the consumer is forced to buy the new costlier one.  Apple consumers had already created an online consumer group to fight this menace.

“Last year, the group had accused Apple of issuing software updates to slow down the performance of older models… forcing users to consider buying the new model.”

The Anon Group piece also didn’t link to any study.  Instead, they linked to an exaggerated 2014 claim from British tabloid The Daily Mail.

Where did proof for the “iPhone slow” myth come from, ten?

As stated earlier, her experiment shows that when Apple launches a new iPhone, people feel that their older models have slowed down.

Yet, this only happens among iPhone consumers.

Trucco also analyzed “Galaxy slow” search results on Google.  She found that the search term didn’t spike with the release of a new Galaxy smartphone.

In addition, debunking the Anon Group’s article, Trucco never published her experiment.  Rather, it appears that she merely mentioned it to a journalist, who then greatly exaggerated the results.

In fact, writing for the New York Times, Sendhil Mullainathan, a professor of economics at Harvard, touched on the experiment.  In a veiled criticism of the Cupertino-based company, Mullainathan wrote,

“Wouldn’t many business owners love to make their old product less useful whenever they released a newer one?

‘When you sell the device and control the operating system, that’s an option.”

Despite the debunking, many people still believe that Apple has purposefully slowed down their older model iPhones.  Quite simply, no proof exists for such a fantastic claim.   That said: Apple’s relentless schedule of new iPhone releases isn’t friendly to older models.   And simple business logic dictates that the faster you replace your iPhone, the more money Apple makes.

That doesn’t mean that Apple is directly slowing your older iPhone.  But they definitely aren’t optimizing your device to last a lifetime — or even more than a few years.