If Cloudflare Can Block Neo-Nazi Sites, Why Can’t They Block Piracy Sites? 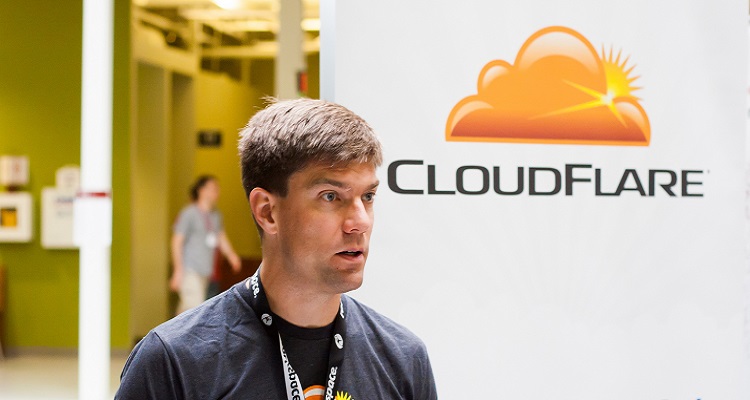 “I woke up this morning in a bad mood and decided to kick them off the Internet.”

Historically, Cloudflare hasn’t terminated any accounts unless they receive a court order.  Not so with the Daily Stormer.

Prince and the Cloudflare team had terminated the site’s hosting and anti-DDoS services.  Hackers quickly flooded the site with DDoS attacks, shutting it down.

Defending himself from an onslaught of criticism, Matthew Prince explained the company’s reasoning.

“Like a lot of people, we’ve felt angry at these hateful people for a long time but we have followed the law and remained content-neutral as a network.

“We could not remain neutral after these claims of secret support by Cloudflare.”

So, according to Prince’s logic, if you receive criticism for supporting unpopular content, you must immediately act.  Yet, why hasn’t the company done the same for piracy websites?

That’s the question Cloudflare and Prince will now have to answer in a California courtroom.

So, on a whim, you can terminate neo-Nazi websites.  Yet, why can’t you do the same for piracy websites?

For over a year, adult entertainment company ALS Scan and Cloudflare have been locked in a bitter legal battle.

The case started when ALS Scan accused the hosting provider of failing to take action against piracy websites.  According to the adult entertainment company, Cloudflare provides services to websites that host copyrighted ALS Scan material.

When the company alerted Cloudflare to the sites, they reportedly failed to respond and “continued to offer their services.”

The Pirate Bay is one of Cloudflare’s well-known customers.

ALS Scan also named JuicyAds, a self-described “sexy advertising network,” in the case.  According to a complaint filed by the adult entertainment company,

“On information and belief… Juicy Ads and Cloudflare make money by continuing to do commerce with sites that draw traffic through the lure of free infringing content.”

Be careful with what you tweet: it may be used against you in a court of law.

In a recent filing, lawyers for the adult entertainment company demanded a 7-hour deposition.  Using Prince’s own words against him, ALS Scan wrote,

“By his own admissions, Mr. Prince’s decision to terminate certain users’ accounts was ‘arbitrary,’ the result of him waking up ‘in a bad mood,’ and a decision he made unilaterally as ‘CEO of a major Internet infrastructure corporation’.

“Mr. Prince has made it clear that he is the one who determines the circumstances under which Cloudflare will terminate a user’s account.”

Magistrate Judge Alexander F. MacKinnon wrote that he will allow the deposition, though not for seven hours.

“An initial matter, the Court finds that ALS Scan has not made a showing that would justify a 7-hour deposition of Mr. Prince covering a wide range of topics.

“On the other hand, a review of the record shows that ALS Scan has identified a narrow relevant issue for which it appears Mr. Prince has unique knowledge and for which less intrusive discovery has been exhausted.”

“When Mr. Prince stated… that ‘[he] helped kick a group of neo-Nazis off the internet last week,’ his comments were intended to illustrate a point – not to be taken literally.”

Yet, a court order shows that Prince will now have to respond to the tweet.

“The specific topic is the use (or non-use) of Mr. Prince’s authority to terminate customers, as specifically applied to customers for whom Cloudflare has received notices of copyright infringement.”

Cloudflare has yet to issue a formal response to the court order.