Joss Stone Is Planting 3,000 Trees to Offset the Environmental Impact of Her Tour 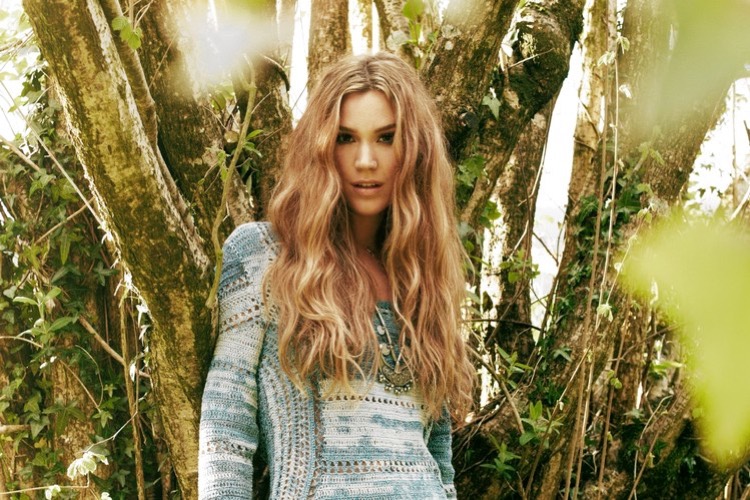 Joss Stone is the first artist to completely offset the environmental impact of a major tour.

If touring is damaging to the environment, what can artists do about it?  Well, now they can completely offset the damage created by travel, trash, and water usage.

And you can thank Joss Stone for showing everyone how it’s done.

Using a system for calculating and counterbalancing the environmental impact of her touring, Joss Stone has started planting trees and reinvesting in wind energy.  It’s all part of her epic Total tour, which started in 2014 and spans until 2019.  Throughout, Stone’s mission is to visit every country in the world, while completely balancing her carbon footprint.

Which translates into the planting of thousands of trees.

According to details shared with Digital Music News, Stone has already planted about 1,000 trees in India.  By Christmas, that number will cross 3,000.  And that doesn’t include investments in wind farms and other offsetting efforts.

Most of the planting is happening in Tamil Nadu region of India.

That’s the site of decades of brutal deforestation, and resulting decimation of natural habitat and ecosystems.  “We are doing something positive with our music, so it’s right that we must do something positive from our travel footprint, which is an unfortunate consequence of the tour and live music in general,” Stone relayed.

So how does one go about carbon offsetting?

Enter Energy Revolution, a group dedicated to counter-balancing the environmental damage caused by live concerts and touring.  More specifically, they want to exactly offset the impact of each and every tour and festival.  In the case of Stone, that means offsetting the estimated impact of 2.7 million miles of international, cross-continental touring.

Touring agency Diplomats of Sound is also playing an integral part in this environmental offset.  Which means other artists will also be joining the crusade. 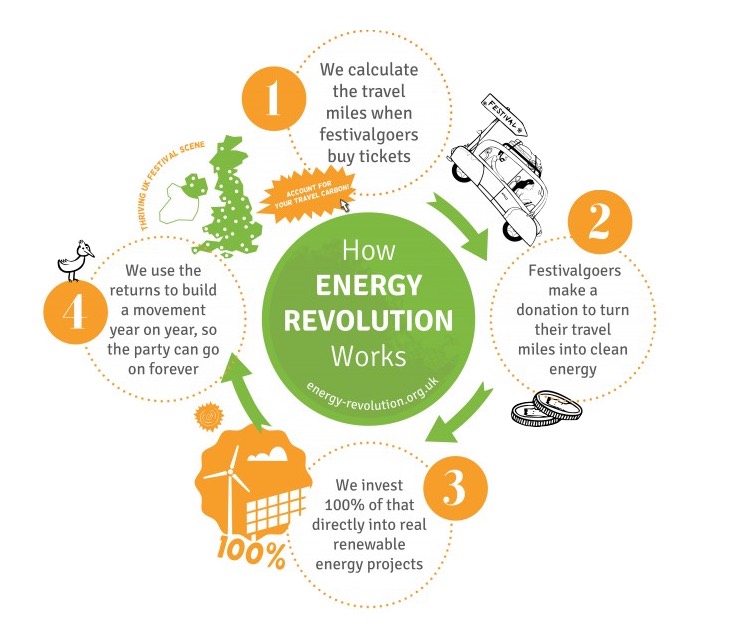 Energy Revolution’s mission is to balance right now, rather than correcting previous damage.

“It’s important to note that Energy Revolution doesn’t claim that it can erase an impact already made,” the group’s representative Melissa Kidd told DMN.  “We’re focused on both supporting organizations and artists to reduce their environmental impacts, and positive investments that mitigate the amount of carbon in the atmosphere.”

So far, Energy Revolution has been busy trying to balance festivals instead of individual tours.  In fact, the organization was  founded by a coalition of festivals that includes Shambala, Boomtown, Secret Garden Party and Kendall Calling.  They were desperate to figure out a way to reduce the massive environmental impact caused by their events.

That was two years ago, and there are definitely some big wins to talk about.   Since 2015, Energy Revolution’s festival partners (and their audiences) have balanced over 2 million average car miles.  That’s 652,756 kgC02e (e stands for equivalent).

It turns out that the biggest environmental damage from concerts come from traveling artists and fans.

Part of the process is encouraging fans to offset their personal trips with this ‘Travel Carbon Calculator’.  The calculator involves lots of travel specifics, including specific mode of transportation, distance traveled, and number of people traveling.

Now, that mission is spreading to individual artists and agencies — like Joss Stone and Diplomats of Sound.

Actually, Stone herself is doing a lot of evangelizing.  So this is definitely going to grow — literally and figuratively.  “I would love other artists and music audiences to balance their travel so we can improve the footprint of musicians and live music in general,” Stone said.

And you should too!

Energy Revolution’s mission to balance the entire, multi-billion dollar touring industry.  Which means getting everyone — artist, agency, and festival — involved.

So if you want to start balancing, the first step is to start emailing [email protected]on.org.uk.  They’ll start walking you through the steps of calculating footprints, and how to balance those carbon footprints.