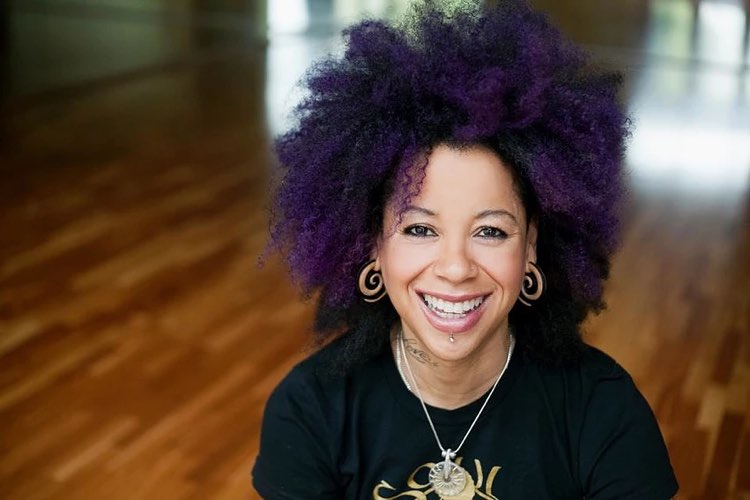 “There are no rules for success,” says Bibi McGill, leader of Beyonce’s band, Suga Mama.  But these 16 principles just might change your musical career.

This is the person that Beyonce trusts to manage, direct, and coordinate her backing band on tour.  The band is called Suga Mama, and it’s part of a massive roadshow that plays the biggest arenas in front of tens of thousands of people every night.

But that’s just one gig for Bibi McGill.  And it all started with a phone call to play guitar for Pink back in the early 2000s.  She had to write the guitar parts for multiple songs on a plane ride to New York — in coach class.  Then she went straight to the studio from the airport and crushed it.

These days, she’s focusing on her professional yoga career.  In fact, we caught up with her right after an intensive yoga session at Glen Ivy Hot Springs in Corona, CA.  We asked Bibi how she became one of the top guitarists in the world today, not to mention a professional yogi and Beyonce’s collaborator.

Here’s what she told us.

“Are you the type of person that people want to work with?” Bibi asked me.

“You may be able to play circles around me on guitar.  But if you can’t show up on stage with charisma, if you’re the person that shows up late and doesn’t do your homework and doesn’t come prepared, or you’re just a jerk and have a bad attitude and you’re egotistical… you’re not going to get the job.”

“I’ve worked with people who are cocky, and they’re a lot better than me.  But I get more work because people don’t want to work with them.”

“There are musicians at much higher levels than me,” Bibi admitted.  “They can hear a symphony for the first time and play it on the piano.”

But you can still get the gig — especially if you’re talented and can play under pressure.  “You have to learn how to read music, and train your ear,” Bibi advised.

Being Beyonce’s band leader sounds like the ultimate dream job.  Except that you’re not really hanging out with Beyonce the whole time.  And when you are, it’s typically work-related.  Because there’s a ton of work and coordination needed on a full-blast, arena-level tour.  And the deadlines are right now.

Bibi also told me about constant coordination between Beyonce and the group.  And as band leader, there are lots of difficult situations and hard decisions to be made.   Add a disciplined schedule and yoga routine, and it can be a pretty isolating experience.

4. Play your personal style, not someone else’s.

It took Bibi years to appreciate and develop her unique, personal style.  That turned out to be a game changer.  “Learning to play from your heart…  I didn’t know I had a style until people kept telling me, ‘wow your style is so unique!’.”

“I never tried to copy anyone,” Bibi told me.  “Find out who you are and learn to express yourself authentically.”

“If you really want to be successful and make a career at this, whether it’s semi-pro, or pro, or part-time of full-time like I have done; like I said, being true to yourself.  It’s not just about how good you are at guitar.

“It’s about the full package.”

5. Forget about fame and fortune.

“That was not something I was ever looking for.  I just wanted to be the best I could be on the guitar — and hope that people appreciated it.”

Bibi still takes lessons, and still practices, and still learns more things to expand her abilities.  She’s never reached the pinnacle (at least in her mind).  “I don’t think you ever ‘make it’,” Bibi said.

“I always want to be better.”

7. Learn musical theory, then forget it.

People spend years cloistered in music institutions learning theory.  That stuff is good to know, but it’s also good for pop musicians to forget.  “I went to college and studied music for four and a half years,” Bibi told me.  “I was taught theory, and was very technical in my thinking.  But when I got out of college, I had to unlearn all of that.  I had to learn to play from my heart and my soul.”

“It took me years to unlearn what I learned in college.  If I hit a wrong note on stage, I’d just bend it and go to something else.”

Bibi said she rarely went out and partied on tour.  Instead, she went to bed early, then got up early and did her yoga.  As a result, she was never suffering from a hangover and was always calm and focused.

“I do my yoga even more diligently on the road,” Bibi said.  “Six days a week, on the road.

“People would show up with a hangover.  I was asked many times, ‘why are you always in such a good mood?’  Well I didn’t poison myself last night.”

Don’t let perfection be the enemy of good.  “I’m so not interested in perfectionism,” Bibi told us.

Formal training is definitely beneficial for jazz and classical artists.  But Bibi’s not quite sure a pop musician needs it.

“In a professional setting, you can read music if it’s needed.  Or you can also learn by ear,” Bibi told me.  “If it’s pop music, you’re going to be playing by ear.”

And, you might want to skip a musical education entirely.  “Some people don’t need to go to college at all, and they can still be successful and have a successful career in music,” Bibi said.

Part of the reason is that pop and rock musicians are usually required to create their parts — right then and there.  “I’ve never had to read music, it’s always by ear,” Bibi said.  “Because nobody has time to write out charts for everyone.  It’s easier to say, here’s the music, learn it and show up and let’s play.”

Actually, Bibi’s big break came with Pink.  The artist asked Bibi to make a guitar part for a few of her unreleased songs — right now.  Bibi had to figure out the entire guitar complement on the plane ride to New York — in coach class without her guitar in hand.  Then she hopped into a sedan at the airport and went straight to the studio, where she laid the guitar parts down.

12. Focus on learning experiences, not mistakes.

Bibi isn’t bogged down by so-called ‘mistakes’.  Instead, everything to her is a learning experience.  “There’s nothing at the forefront of my brain that says, ‘oh man, I shouldn’t have done that,” Bibi told me.

13. Just say ‘no’ if it disagrees with your ethics.

Be guided by bigger principles; it isn’t only about the money.  “Don’t just say ‘yes’ because you don’t think you don’t have any other options,” Bibi said.

Giant bands and huge musical ensembles are expensive!  Which is why when Bibi isn’t touring with Beyonce, she’s playing a one-person, super-compact gig.  That night at the Glen Ivy Hot Springs resort (where we did the interview), Bibi was DJing — solo.  “All of my guitar gear fits into a backpack,” Bibi laughed.  “And there’s no guitar tech[nician].”

In fact, now that Beyonce is busy raising kids and off the road, Bibi is actually making more money than she was with Suga Mama.  Go figure!

Bibi says that playing just a half-hour a day is a great way to get started.  And the real learning comes from playing what you love.  “Learn your favorite song,” Bibi advised.  Or, all of them!

But who’s counting the hours?

16. There are no rules to success — except this last one.

Bibi made it clear that these aren’t ‘rules for success’.  It’s just a bunch of stuff that works for her.  But she did end with one last piece of sage advice.  “Make sure that whatever it is you want to achieve isn’t just selfish,” Bibi said.

“When you’re doing stuff that serves that highest good of everyone, you truly succeed.”