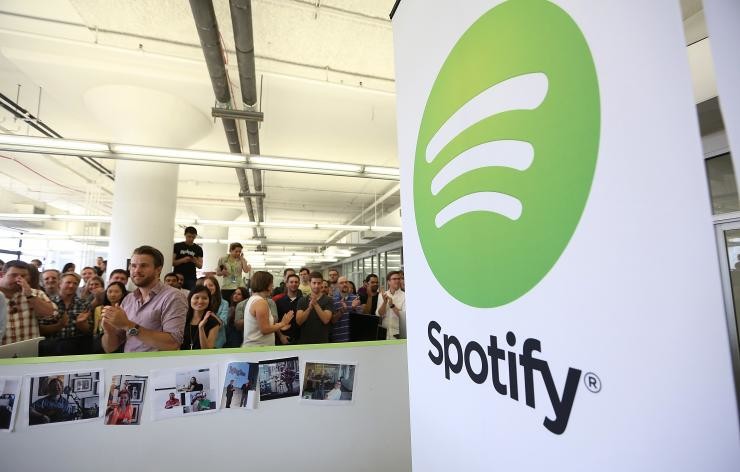 There’s a reason why these Spotify employees are smiling.

Spotify has burned more than a billion dollars in the past three years alone.  All of which is fantastic news for employees — and their kids.

Just recently, financial paperwork revealed that the average Spotify salary is $168,747.  Even better, the average top-level executive at the company is raking in millions.  But the benefits and perks are also top-notch.

+ How Many CDs, Downloads, and Streams It Takes to Earn a Spotify Salary…

According to the latest benefit list, all Spotify employees are eligible to receive 6 months of paid parental leave.  Once that period lapses, parents are given a month of flexible location benefits to ease the transition back.  And that goes for mothers and fathers, depending on who’s shouldering the care-taking responsibilities.

But women are also eligible to receive $10,000 in company-covered egg freezing costs.

Of course, that benefit can pay very rich dividends long after a Spotify career ends, depending on the ‘thaw date’.

Meanwhile, the hefty employee perks are being complemented by cushy office digs.  According to details leaked earlier this month, the streaming platform is dropping a cool $2.77 million in monthly rent on their new World Trade Center offices in Manhattan.  The tony digs will become the company’s worldwide headquarters, though just one of multiple offices sprinkling the globe.

All of which will help to attract the best and the brightest.  And when it comes to luring top-ranked tech and coding people, the competition is extremely fierce.  That makes it tough for companies to attract and retain A-plus employees, especially if serious salaries and perks aren’t included.

But can Spotify comfortably afford all this?

That’s a question being dismissed by many, including those salivating at the prospects of a billion-dollar Wall Street IPO.  And in their defense, revenues are absolutely soaring while paid subscribers cross 60 million.  Sounds like groundbreaking progress, but part of a very high-stakes gamble for streaming dominance.

All of which makes pricey perks a double-edged sword.  After all, 6 months of paid leave is fantastic for you and your spouse.  As long as there’s a gig when you come back!