How the Nightmare of Heroin Addiction Nearly Ruined My Music Career 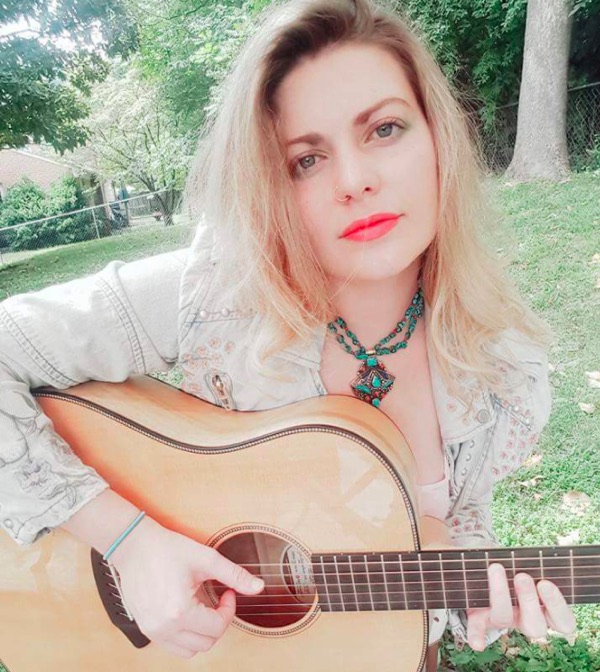 The following article is a hard glimpse into the lifestyle of an active heroin user.  It’s written by Amanda Bocchi, a writer and Americana soul musician.  She agreed to detail the trainwreck that is addiction.

Every morning by the time the sun crested the sky, I was already high. The soft fuzzy haze of heroin wrapped itself around me like a blanket.

4 am. I startle awake, in an uncomfortable sweat, my t-shirt drenched. Upon awakening, feelings of intense dread and the temperament of an angry porcupine inhabit my mind and body. Every. Day.

I was experiencing PTSD symptoms from being raped by a roommate while I was sleeping, which had taken place only a few months prior. As a result, I was afraid to sleep and I awoke nightly at the time of the rape for the next year and a half.

…or maybe it was the heroin. I don’t know.

I needed a fix. Immediately.  The longer I waited, the worse the dope sickness would get.  If you’re a heroin user you WILL experience frequent withdrawal symptoms: sneezing, stomach cramps, diarrhea, electricity ‘kicking’ through your legs, chills, nausea, and emotional extremes.

I tiptoed out of bed so Charlie couldn’t hear me, and walked silently to my secret hiding place in the dark.  I was accustomed to hiding bags of heroin in the jaundiced pages of thrift-store books or down in the toe of a shoe.

I wasn’t afraid my lover would find out my secret… I was afraid he would steal my morning shot.

While my kids slept, breathing softly in the room across the hall, I remained convinced opiates were akin to food and water.  It was sustenance.  If you’ve never been a heroin addict, then I’m happy you don’t know the details and planning required to maintain an opiate habit.

But…you did your entire stash with the morning shot, so you’ll have to buy more. Unfortunately, you don’t have any money because you spend ALL of your cash flow on heroin.

There are a few tried and true ways to make drug money:

Hustling is the most common way to make quick cash.

To the family member who thinks that gift cards are okay to give to your addict relative because it’s not cash… think again.

3) Steal returnable items without a receipt to certain stores that give cash refunds.

4) And of course the oldest profession, sex work.

My hustle was to pawn my instruments.  I was a hibernating singer/songwriter and I had studied jazz and classical guitar at a few universities in the Southeast. Every single instrument that crossed my path was eagerly handed over to a pawn shop for one tenth its value.

My body still aches to think of the Taylor acoustic guitar my deceased Grandaddy gave to me on my 18th birthday, which I pawned 8 years later for $100…it was worth $2,500.

Once you come up with the cash, you call every dealer in your phone. The first dealer to answer, wins. He tells you to go to at least three different locations. All the while, acting sketchy on the phone. 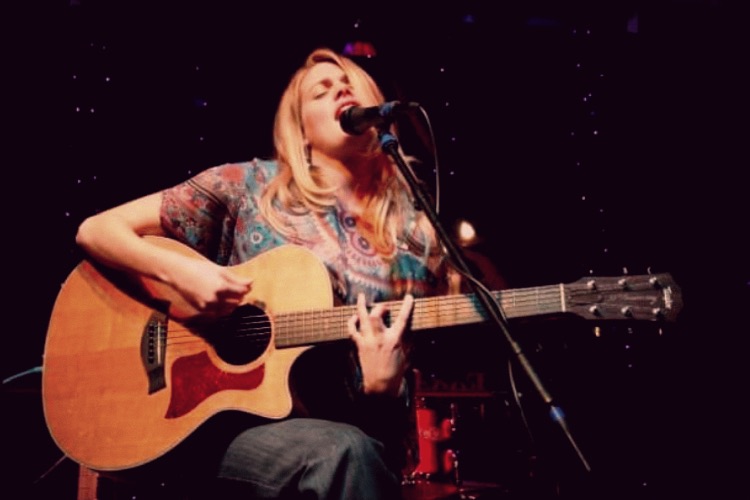 For you white bread folk, ‘sketchy’ is when someone says things like, “Was anybody following you?” “Um, check around the parking lot, do you see any undercover police cars?” “Hey, uh I gotta scoop up the dope, so I need your money first to re-up.”

Once your heroic dealer eventually shows up at the final location, he leaves you with this gem, “Hey, uh, be careful with this stuff…it’s really strong.”

You already know it’s been stepped on several times, but by the time you get it in your sweaty palm, you’re just so grateful that he showed up at all.  He only told you he was “otw” for an hour.  You greedily take the H, and give him his money and the chicken sandwich plus the Mountain Dew he also requested.

You rush to the nearest gas station bathroom, or speed to find an empty parking lot to shoot your dope. Depending on how ‘sick’ you are, you’ll do it just about anywhere. I’ve seen people shoot up while driving.

Once you are high, everything is beautiful for a few moments. Just don’t expect to remember those moments. Addicts and dealers savor and protect their dope, until the next day when they go through the entire routine all over again. The goal is to make the heroin last until the next day, but you always do too much and more often than you planned. When tomorrow comes, you’re lucky if you hid a bag from yourself for the morning ‘come up’. 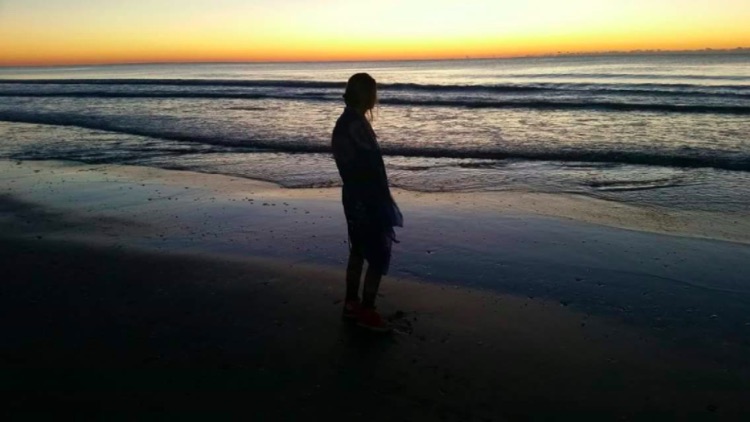 I ignored my music almost altogether during this time because I couldn’t play without an instrument and I was incapacitated by heroin. My art lay dormant for 10 years, as I staggered and nodded out through life, pawning my guitars as soon as I acquired one. 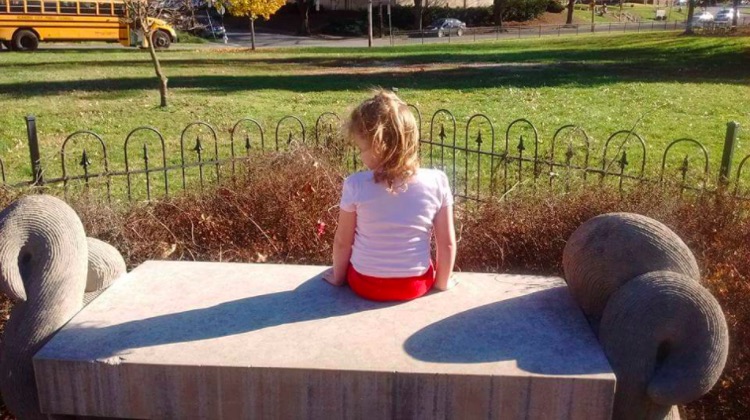 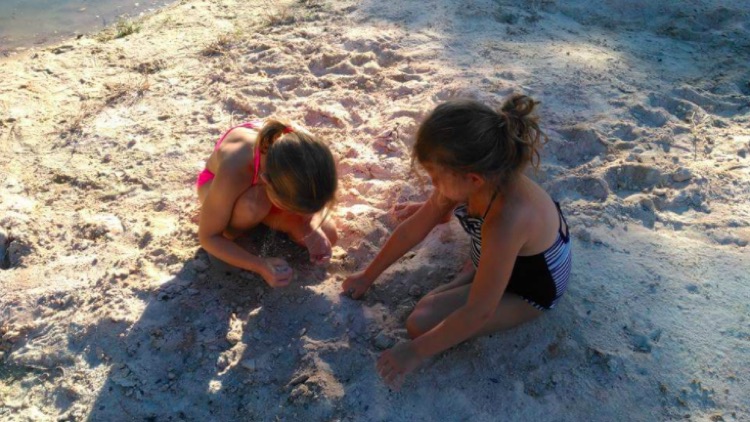 I still did motherly things, I made breakfasts and lunches for my daughters. I performed, to the best of my ability, the motherly functions of tending to their baths, reading stories, and tucking them in at bedtime. However, my emotional state was so erratic and unpredictable I was barely hanging on. My kids could see it, and my mom could see it. If my partner-in-crime recognized the delicate façade we had built was about to fall, he didn’t let on. In the months leading to our demise, Charlie became as absent and as cold as the desert at night. He stopped talking, almost completely, for nearly 2 months.

A certain pressure was mounting. A feeling so dense, looking back I knew a change was coming.

Our home and poorly constructed facade shattered on January 23rd, 2015, in an event I’m still too embarrassed to detail. The result of our demise speaks for the event itself: I was hospitalized for self harm and suicide ideation with a nasty heroin addiction.

Charlie remained silent through the following days. He packed my Ford Explorer with all of my personal items from our home in feet of snow. I stayed in the mental ward for 9 days and found out from my mother that he was leaving me and renouncing parental care of both of our children. In that moment, my children lost their home, and both their father and mother over the imbalances caused by heroin and mental illness.

The word ‘humble’ comes from the latin word ‘humus’ meaning ground, and later ‘humilis’ meaning lowly. After that moment, I truly became humble. I was as low as the ground. But it is from my darkest hour that I found my greatest strength.

I went to live at Turning Point, a local domestic violence shelter, while my children were shuffled between their grandparents homes. For a lot of children in this exact circumstance, the State would have taken them.

Music brings life to the shelter. I didn’t expect my life to change positively when I stepped into a domestic violence shelter.  But within the first week, I had the fortune of meeting Roanoke native and Grammy award-winner, Rene Marie, at Turning Point.  She is a jazz singer and composer whose own story involves overcoming an abusive relationship.  She sang and shared her testimony for us in the humble living room at the shelter.  Her soulful voice was a reminder of the gifts I traded in lieu of heroin and perpetual trauma. 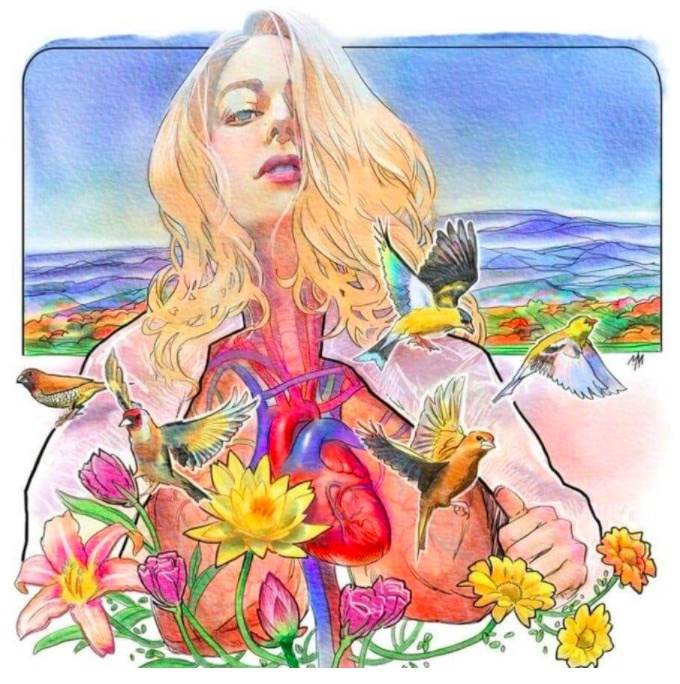 For 10 years I have been mute as a recording artist. I am currently recording my my sophomore album, Organ Donor. Organ Donor is the audio memoir of my struggle through the death rattle of addiction into the radiance of recovery.

Trauma and addiction made it necessary for me to seek a solution that existed outside of my limited consciousness.  My solutions were carnal: sex, drugs, haphazardly/irresponsibly creating children (who became my light in a dark world), stealing, lying, cheating and anger.  None of these things could change any of my internal pain.  In fact, it enhanced my pain.

I was forced to gaze beyond my ego encapsulated identity for a greater connection. God, the Supreme Consciousness, or simply, the energy from which we all emerge, is present in despair and heartache. In the depth of my lowest valley, I was found. My desire for purpose, growth, being a fully present mother, and using my talents and gifts to honor my creator, are being realized.

This is my experience, strength and hope. If you’re struggling with addiction, or if you have family and friends who are struggling, keep reaching out for help.  Go back to AA, NA and AL-ANON (a support group for family members of addicts). Go back to rehab for the 7th time (that’s what it took for me!), or take the leap to get help for the first time.  Stop trusting street pharmacists to heal your pain.  I believe the true nature of addiction is rooted in spiritual, emotional and mental trauma and can be healed. 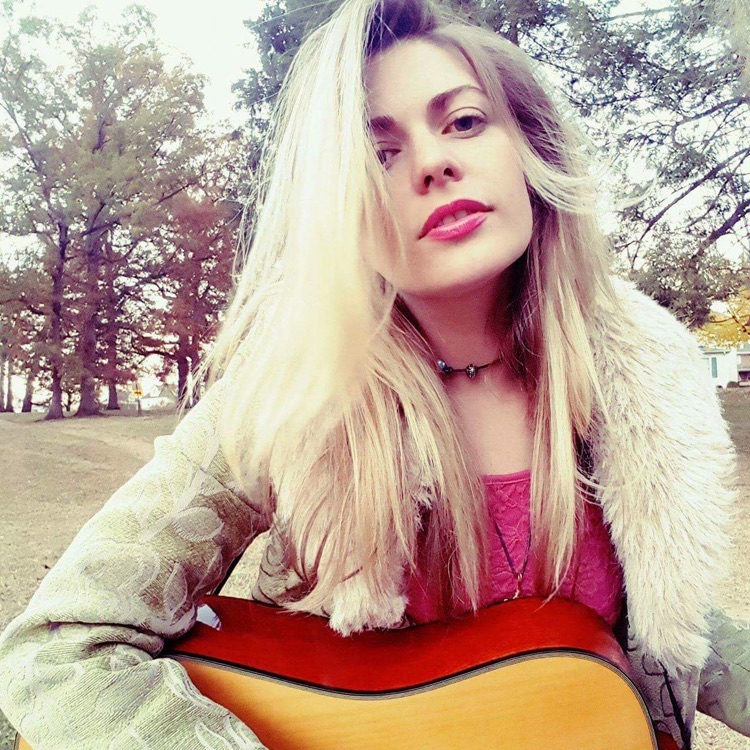 Amanda Bocchi emerges from the Blue Ridge Mountains in Virginia as an Americana soul artist.  She marries together jazz harmony, roots music and a soulful voice to create her own brand: Americana Soul Flood.  Her lyrics swing from the sweetness of motherhood to the death rattle of addiction. Organ Donor, Amanda’s sophomore album, is a memoir of her experience through heroin addiction and her transformation into the light of recovery.  Cereal Box Murder, Bocchi’s debut, was independently released in 2006.

If you feel inspired and you’d like to show your appreciation, you can contribute to Amanda’s Patreaon here.  Or just head over to amandabocchi.com to learn more.