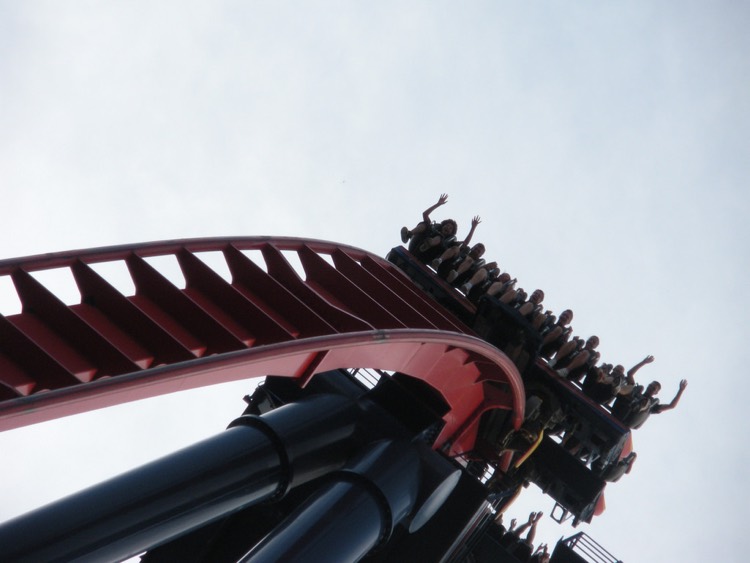 That’s 8 million users gone in 9 months, according to Pandora’s latest disclosures.  What could be worse than that?  Well…

Listeners are abandoning Pandora in droves, according to shocking disclosures issued this morning.  And Wall Street continued to slam the streaming radio giant for a lackluster report card.

The disclosure was part of Pandora’s latest financial filing, which covered the first three quarters of 2017.  And the financial picture is considered even worse.

Ahead of its earnings release, Pandora marked down its 4th quarter forecasts by roughly $30 million.

Accordingly, Wall Street punished the stock, driving shares of ‘P’ down 26 percent — in one day.

But wait: this gets even worse.  In rapid succession, four major financial firms quickly downgraded the stock.

“We have been trying to stick with Pandora through its multiple management changes and multi-year turnaround process,” JP Morgan analyst Doug Anmuth wrote. “However, near-term advertising trends are deteriorating and we believe it will take time for the company to realize the benefits of its ad tech investments.”

The news follows some questionable calls at the radio behemoth.

CEO (and co-founder) Tim Westergren is out, largely based on continued issues reaching profitability.  Westergren and a number of executives were blamed for missing the financial mark while getting rich off of Pandora stock.  None of which helped the long-term growth strategy.

A $450 million acquisition of Ticketfly was also met with skepticism (Pandora dumped the company for $200 million in June).  And for years, Pandora’s brass insisted on focusing on ad-supported, free streams, while skipping paid on-demand streaming.  In that period, competitors Spotify and Apple Music have amassed nearly 100 million paying subscribers.

But Pandora is definitely smaller than Spotify, which has a built-in streaming radio feature.  At last check, Spotify counted 140 million users, with both free and paid options.  In fact, it’s theorized that Spotify’s wild success is coming at the expense of Pandora (amongst other losing competitors).

And now, for some good news.

Buried in the implosion and wreckage, there was actually a bit of good news.  Surprisingly, the radio giant has amassed 1 million paying subscribers.  Those people are buying on-demand and/or ad-free services, according the company.

Enter Roger Lynch, the latest CEO to attempt a turnaround.  “There’s no silver bullet that’s going to come in and solve these problems,” Lynch told investors.

Unfortunately, that’s exactly what investors are looking for.