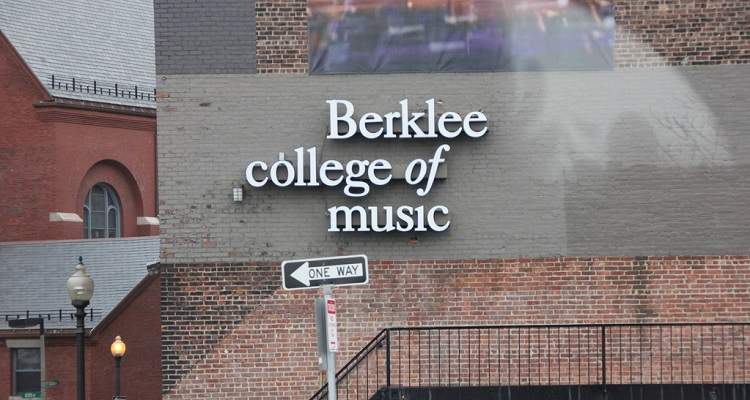 While former Berklee College students/victims struggle to pay off student loans, their perpetrators apparently have comfy new jobs at other schools.

You may recognize some of the following names.

However, you may not recognize the following names so easily.

What’s the difference?  In the first list, you’ll find distinguished Berklee College of Music alumni.  In the second, you’ll find disgraced professors who allegedly sexually assaulted their students and walked away scot-free.

Promising transparency once the damage has been done.

At a crowded, campus-wide forum, Berklee College of Music President Roger Brown admitted that the illustrious school has let go of 11 faculty members in the past thirteen years “for sexual misconduct.”

At Berklee College’s renowned concert hall, Brown apologized for the slow response to sexual assault claims.  He also vowed that the school would have a “faster and more transparent system for dealing with sexual misconduct.”

“To everyone who has been harassed or abused at Berklee, I am so sorry.”

“I apologize for this institution.  It’s unacceptable.  It breaks my heart.  It goes against everything that makes me want to be here in the first place.”

According to Brown, some students at the school, and even faculty members, don’t believe sexual harassment is a “real issue.”  He told students at the packed, 1,250-seat Berklee Performance Center,

“We need to change that attitude.”

According to the Globe, administrators actively “tolerated lecherous behavior” for years.  To protect the school’s famed reputation, school officials “often silenced the accusers through financial settlements.”  Victims would have to sign confidentiality agreements to receive a settlement.

A spokesman for the school declined the name the eleven faculty members terminated.

One of them, Jeff Galindo, was a popular jazz musician and professor. He had assaulted a former student after walking her home from a party.  He allegedly wanted to make sure that the unnamed student “arrived safely because she was so drunk.”

Then, after waking up, Galindo reportedly groped her while she fought off “waves of nausea.”

Following the harrowing ordeal, he would later apologetically admit to his student via multiple text messages,

“I’m truly sorry for hurting you.  I promise I will never again… By the way, just to let you know, we never [had intercourse]… I never got it up.  I was too drunk.  It doesn’t excuse anything, but I thought I’d let you know what a loser I am.”

Administrators at Berklee College pressured the student not to move forward with a court case after reporting the assault.  They had vowed that Galindo “would never work at another school.”

Yet, the accuser later found out that Galindo would teach at the New England Conservatory.  After notifying the school of the sexual assault, he worked at the Longy School of Music of Bard College.

Speaking with the Globe, the unnamed woman explained her motivation for notifying other schools.

“If I didn’t report him [to other schools], it would be on me if he did this again.”

Galindo didn’t provide a statement.  Unlike with other accusers, Berklee College didn’t provide the former student with a financial settlement.  Administrators had also failed to provide an apology, both to her and the school.

Another professor at Berklee College, Greg Osby, spoke with the Boston Globe.  A former student had accused the popular jazz saxophonist of sexual assault back in 2012.

In an hourlong interview with the Globe, Osby disputed the woman’s claims.

“Only an idiot would sleep with students, and I am not an idiot.  I would not do that.  But after they graduate, it’s open season.”

He wouldn’t fight the charges, however, as he admitted to being “burned out teaching there.”

“Bottom line is, and this is a bit harsh, if anyone saw my girlfriend at that time and saw [the accuser] that would probably end the argument.  Why would I jeopardize my career for somebody like that?”

According to Osby, Berklee College provided him with a “severance package…that included a gag order.”

A cultural gesture or sexual misconduct?

In a statement to the Globe, Berklee College said that they act quickly on sexual assault claims.

“As evidenced by our past practices, where an investigation reveals a serious violation of our sexual misconduct policy, we act swiftly and decisively to remove the individuals from our community.”

Another accuser’s claims would contradict the school’s statement.

In 2008, keyboarding professor Aruan Ortiz allegedly offered a freshman to “help with her technique.”  He allegedly phoned the student late one evening, “asking to come over to her apartment and offer instruction.”

Once the instruction started, however, Ortiz reportedly licked the woman, grabbed her, and attempted to kiss her.  He would continue the behavior “as the woman walked him to the door and asked him to leave.” A week later, Ortiz left the student a voicemail, asking her “if she was free that evening.”

The woman quickly reported the behavior to Berklee College administrators.  Yet, the school only held a meeting with the professor two months later.

According to the woman, however, an unrepentant Ortiz would repeat his lewd behavior at the meeting.  He allegedly grabbed her face, tried to kiss her, and blew in her ear.  In a lawsuit filed against him, Ortiz would claim that the gesture “was simply part of his [Cuban] culture.”

Two weeks after the meeting, administrators told the woman that he “would no longer be teaching at Berklee.”

Ortiz, at the behest of Berklee College’s insurance company, would later settle the lawsuit on confidential terms.  The woman had cited a gag order on the settlement.

Paying for tuition while offenders walk away without punishment.

For Galindo’s victim, several years would pass before she finally “came to terms” with what happened.  Now in her late 20s, the former student now works as a full-time musician.

Speaking with the Globe about her painful experience, she said,

“I came to a point where I could let this ruin my career or just move on… [However], I got [screwed] in every way and will be paying Berklee for the next seven years.”