Loud Music Is Scientifically Proven to Make You Drink More 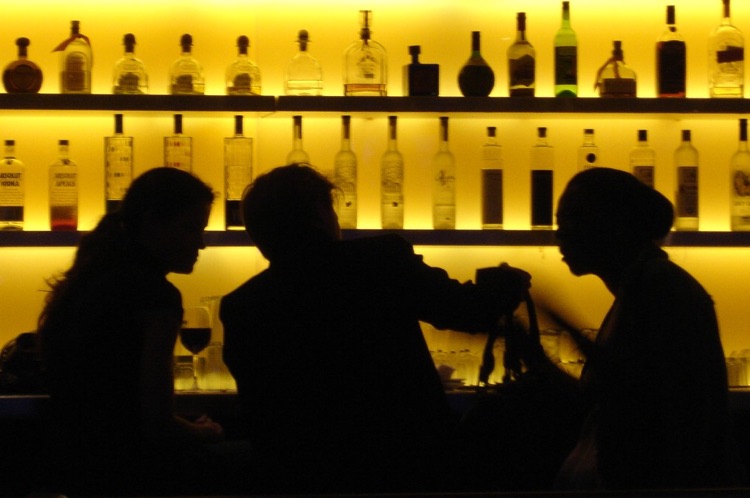 Every once in a while, I’m in a bar thinking, ‘why are we all screaming over this insanely loud music?’  Now, I know.

I guess bar owners have known this trick all along.  But it turns out that louder music actually makes you drink more alcohol.  A lot more.

And it’s a scientifically proven fact.

The study was actually concluded back in 2008 in France. And like many interesting ideas, it started over a round of beers — this time, with loud music.

The researchers were wondering why their local bar was always blaring music.  Curious, they discovered a few other studies linking music and alcohol consumption.

But another study actually linked faster music to faster drinking.  So it wasn’t just music itself — the tempo and energy of the music actually mattered.

Now, it was time to test the effects of volume.

“Previous research had shown that fast music can cause fast drinking, and that music versus no music can cause a person to spend more time in a bar,” researcher Nicolas Gueguen of the Universite de Bretagne-Sud explained.

“This is the first time that an experimental approach in a real context found the effects of loud music on alcohol consumption.”

The researchers conducted tests in two different bars over a three-week period.

The study involved 40 unsuspecting male beer drinkers, with volumes routinely altered. There were two decibel levels: 72 dB for a more normal volume, and 88 dB for a loud testing volume.

The patrons didn’t realize they were drinking in a virtual laboratory.

The results were glaringly conclusive.

In total, the research group observed a 31% increase in total beer consumption when the louder music was playing.  Specifically, the average patron consumed 2.6 beers per visit while the music volume was normal, and 3.4 beers when it was louder.

But it turns out that people also drink faster when the music is louder.

Specifically, patrons took 14.5 minutes to finish a cold one when the volume was normal, but just 11.5 minutes at the higher volume.

Gueguen offered some explanations for the results.

“One, in agreement with previous research on music, food, and drink, high sound levels may have caused higher arousal, which led the subjects to drink faster and to order more drinks,” the researcher noted.

“Two, loud music may have had a negative effect on social interaction in the bar, so that patrons drank more because they talked less.”

Unfortunately, Geuguen also realized a negative consequence of the finding.  Seeking greater profits, bar owners would probably crank the music even louder to sell more beer.  After all, now there’s a study proving the link.

“We have shown that environmental music played in a bar is associated with an increase in drinking.  We need to encourage bar owners to play music at more of a moderate level … and make consumers aware that loud music can influence their alcohol consumption.”

The results were published in Alcoholism: Clinical & Experimental Research.