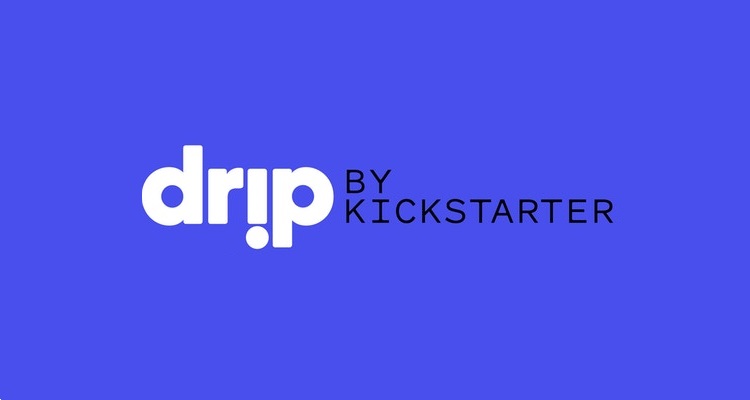 To fight Patreon, Kickstarter has re-launched Drip, a subscription-based patronage platform for artists.

Several years ago, rising YouTube musician Jack Conte became frustrated.  While millions watched his videos on the platform, he only received checks for hundreds of dollars.

So, Conte decided to create a new crowdfunding platform to help struggling artists get paid what they deserved.

Today, Patreon has over one million monthly active patrons supporting 50,000+ monthly active creators.  This year, the popular crowdfunding platform estimates that content creators on the site will earn $150 million.

Recently, Patreon secured yet another $60 million in funding to scale their team and build more products for members.

Great success!  Yet, not everyone is pleased with the platform’s success.  Two months ago, YouTube blocked links to Patreon for thousands of creators (unless they had 10k+ subscribers).  Now, rival company Kickstarter will resurrect Drip, a subscription-based platform for independent artists.

Kickstarter first acquired Drip back in March of 2016.  Ghostly International had launched the platform in 2012 as a way for people “to support musicians through subscriptions.”

Yet, not much was known about the platform following the acquisition.

Like its parent company and rival Patreon, the platform will focus on helping content creators succeed through crowdfunding.  Yet, instead of providing tools exactly like Patreon, Drip will once again focus on a subscription model.  In the blog post, Perry Chen outlined how the platform will work.

First, backers can support artists with a founding membership to help them build momentum within the first 7 to 30 days.  Creators, just like on Kickstarter, can choose to offer founding members “special rewards or status for jumping in early.”

Creators can also charge backers each time they create a new work.  This could include a podcast, a song, a single article, or more.

Creators can also choose to charge fans a monthly subscription price instead.  Prices will start at $1.  Subscribers will have access to subscription-only posts.  According to Music Ally, Kickstarter will take a “5% cut of subscription payments.”  The parent company will also earn an additional 3% plus 20 cents for each credit card transaction.

Moreover, Drip will help creators “move their project and funders over to a different crowdfunding platform,” according to Engadget.

Currently, to join Drip, you’ll need an invitation.  61 artists have subscription pages on the platform.  Kickstarter hopes that more artists, as well as labels, will create pages once they open up the platform next year.